LUANDA (Reuters) – U.S. Secretary of State Mike Pompeo denounced corruption and touted American business on Monday during the second leg of an African tour in Angola, where the government is seeking to claw back billions of dollars looted from state coffers. 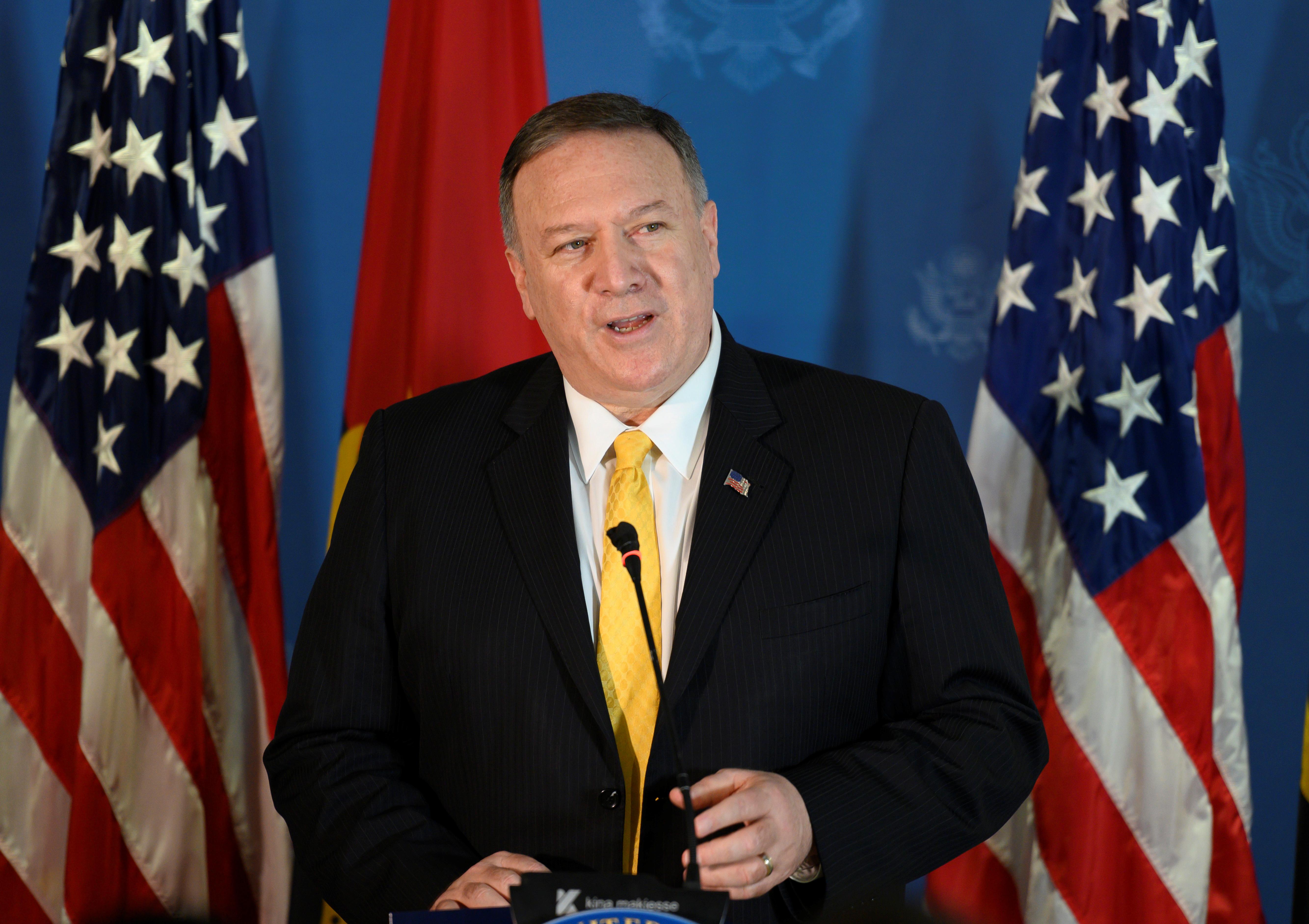 Pompeo is aiming to promote U.S. investment as an alternative to Chinese loans while assuaging concerns over a planned U.S military withdrawal and the expansion of visa restrictions targeting four African countries.

“Here in Angola, damage from corruption is pretty clear,” he told a group of businessmen following that meeting. “This reform agenda that the president put in place has to stick.”

Portugal’s public prosecutor has ordered the seizure of bank accounts belonging to Isabel dos Santos, the former president’s billionaire daughter, who is a suspect in an Angolan fraud investigation.

Reputedly the richest woman in Africa, she has repeatedly denied any wrongdoing.

Angola, with sub-Saharan Africa’s third-largest economy and its second-largest oil producer is ranked as one of the world’s most corrupt nations, in 165th place on a list of 180 countries, according to anti-corruption group Transparency International.

“We’ve got a group of energy companies that have put more than $2 billion in a natural gas project. That will rebound to the benefit of the American businesses for sure, but to the Angolan people for sure as well,” Pompeo said.

Despite U.S. investments, the bulk of Angola’s oil production is destined for China, which holds the lion’s share of Angolan foreign debt.

The Trump administration has accused China of predatory lending in Africa, where Beijing has loaned governments billions of dollars for infrastructure projects in exchange for access to natural resources. China rejects the criticism.

With a revamped International Development Finance Corporation and its new Prosper Africa trade and investment strategy, the administration is seeking to combat Chinese influence on the continent.

But the push comes as some governments are questioning U.S. President Donald Trump’s commitment to Africa.

West African governments are also worried about a proposed U.S. troop withdrawal from the region just as Islamist groups with links to Islamic State and al Qaeda are gaining ground.

During the first leg of his African trip in Senegal on Sunday, Pompeo sought to put some of those fears to rest.

“We have an obligation to get security right here, in the region. It’s what will permit economic growth, and we’re determined to do that,” he told reporters.