Pompeo has been outspoken in the past about China’s role in the Covid-19 outbreak, at one point telling ABC’s This Week programs that there was “enormous evidence” that the virus began in a Wuhan laboratory. He added: “China has a history of infecting the world. And they have a history of running sub-standard laboratories”.

He said: “We know it began in Wuhan, but we don’t know from where or from whom, and those are important things.”

He said that the US has asked teams to assist China in “identifying where the virus originated” multiple times.

And CNN reports that Pompeo has also previously admitted that the evidence regarding the location of the virus outbreak “could be wrong.” 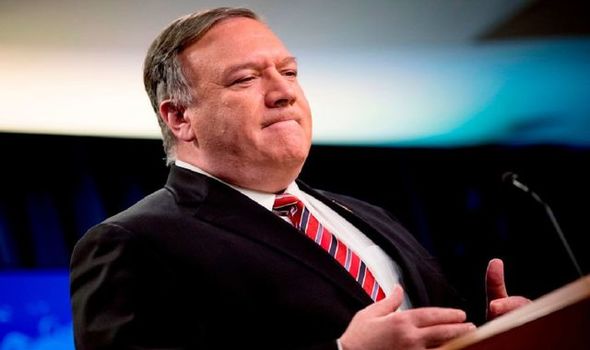 But Zuan Zhiming, a Wuhan laboratory official from the Wuhan Institute of Virology denied that Covid-19 had originated in that laboratory in an interview with the state-run China Global Television network on April 20, according to Bloomberg.

Zhiming said: “There is absolutely no way that the virus originated from our institute.”

In the same interview with Breitbart, Pompeo did not provide any news on the US imposing a penalty on China due to the Covid-19 outbreak.

But he did say “I think we all know in this administration that we have to make sure that something like this can never happen again. That means deterrence. That means setting up processes,” The Economic Times reports. 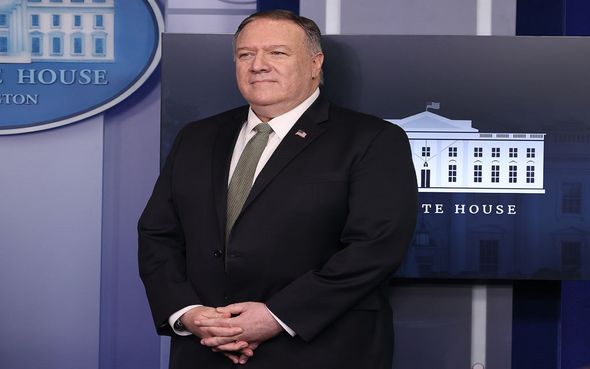 It comes after CNN reported at the end of April that the Trump administration is preparing a plan to punish China in regards to the Covid-19 pandemic.

The news outlet claims multiple sources inside the government said sanctions and new trade policies could be amongst the penalties being considered against China.

One anonymous official allegedly said: “we will find ways to show the Chinese that their actions are completely reprehensible.”

As well as the ongoing discussions into the source of the virus, there have also been accusations that China covered up the true extent of the outbreak initially.

DON’T MISS
Trump announces when he will report whether China is abiding by deal [INSIGHT]
Coronavirus WAR: Pompeo hits out at China for failing to ‘stop’ virus [WATCH]
Trump humiliation: Intelligence agencies refuse to back president [REVEALED] 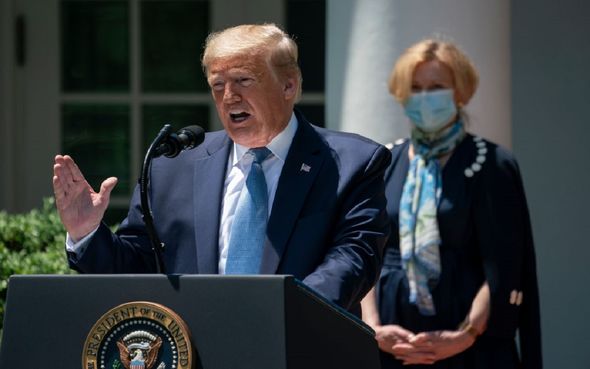 The Hindustan Times reports that Zeng Yixing, vice minister of the National Health Commission, said at a press briefing last Friday that the contagiousness of the virus was not known in the early days of the outbreak.

And AA reports that Russian foreign minister Sergey Lavrov told Russian media outlet RBC that it is not true that China had withheld information at the start of the pandemic.

He said: “In late December, everyone learned from out Chinese colleagues what was happening there, when they became convinced that it was really an epidemic.”

WHO experts, including a Russian specialist, visited Wuhan in early February, “so it is incorrect to say that the Chinese shut the WHO out or that the WHO was not aware,” Lavrov added. 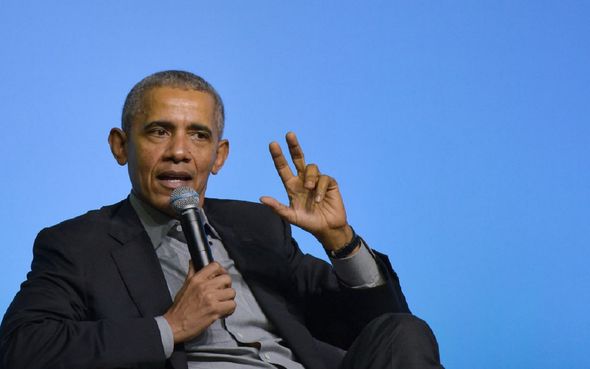 Meanwhile, ex-US president Barack Obama has said that the US’ Covid-19 response under the Trump administration has been “an absolutely chaotic disaster”.

The comments were part of an online conference call to graduating college students last week, the BBC reports.

Donald Trump then hit back yesterday, allegedly saying that Obama had been “grossly incompetent” during his presidency.