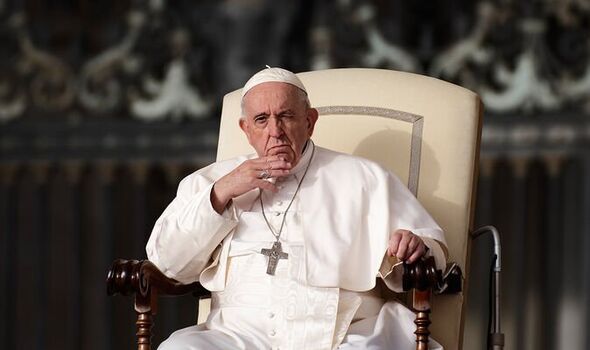 Pope Francis has said that “even priests and nuns” watch pornography. The head of the Catholic church spoke as part of a conversation with priests and seminarians at the Vatican earlier today.

During the conversation, he took a question on how technology and social media should best be used by members of the faith.

The 85-year-old Argentine pope – who has held the post for nine years – said it was “a vice that so many people have […] even priests and nuns”.

He said: “The pure heart, the one that Jesus receives every day, cannot receive this pornographic information.”

He advised those gathered to hear him speak to “delete this from your phone, so you will not have temptation in hand”.

The Catholic church requires that all ministers remain celibate, and it advises against watching pornography as it deems it unchaste.

However, Pope Francis said that digital tools should be used, albeit cautiously.

He told the gathering: “It is not my world, but you must use them.”

The Vatican leader recounted being given a mobile phone when he was ordained as a bishop, which he used for a single call to his sister, before returning it immediately.

Despite having 19 million followers on Twitter and nearly 9 million on Instagram, the pope said he did not use social media as he “arrived too late” to it.

Instead, a team of people manage his social media accounts.

In 2020, the Vatican asked for an explanation from Instagram after the pope’s official Instagram account liked an image on the site of a scantily-clad Brazilian model, Natalia Garibotto.

It claimed that the like could not have come from the pope’s jurisdiction.

The like was visible for a few days before disappearing.