VATICAN CITY (Reuters) – Pope Francis is still “slightly unwell” and has postponed all official audiences for Friday but is working from his residence. 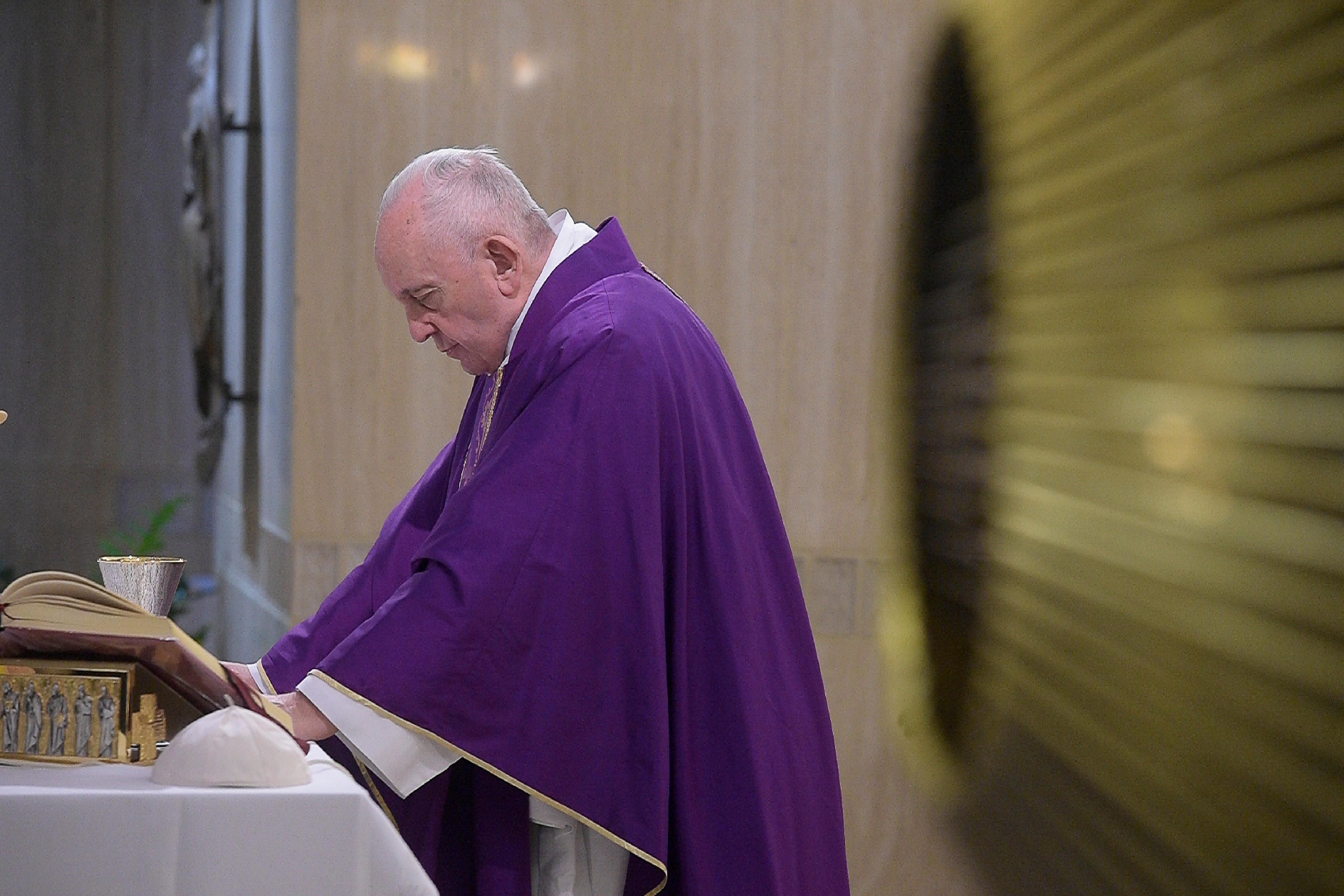 In a statement, the Vatican did not specify what the 83-year-old pope was suffering from.

At his general audience on Wednesday he appeared to have a cold and spoke with a slightly hoarse voice, and he coughed during an afternoon Ash Wednesday service in a Rome church, his last appearance outside the Vatican.

Spokesman Matteo Bruni said the pope had said early morning Mass as customary in the chapel of the Santa Marta guest house where he lives and greeted those who attended.

“But he thought it was best to postpone today’s official audiences. The meetings scheduled to take place in Santa Marta will take place regularly,” Bruni said.

On Friday morning, he was to have received executives from Microsoft Corp, International Business Machines Corp, and other technology companies.

His speech to them from the Apostolic Palace was to have been streamed to participants of a conference in Rome on ethics in Artificial Intelligence (AI).

At the conference, Microsoft, IBM, the Vatican and the U.N. Food and Agriculture Organisation (FAO), signed a memo of understanding on AI.

The pope usually spends mornings making speeches to groups and meeting heads of state in the Vatican’s Apostolic Palace.

But unlike previous popes, he chose not to live in its spacious papal apartments and opted for simple quarters in Santa Marta, where he spends the rest of the day mostly working on Church matters.

On Thursday he canceled a visit to a Rome basilica.

Francis is missing a part of one lung. It was removed when he was in his early 20s in his native Buenos Aires after he suffered from tuberculosis.

He also suffers some leg pain due to sciatica, for which he undergoes regular physical therapy and which explains his occasional difficulty climbing steps.

But he is in generally good health.

Some Lent Ash Wednesday services were canceled or limited in areas of northern Italy hit by the spread of coronavirus.

More than 400 people have contracted the disease and 12 have died of it in Italy, in the worst contagion from the coronavirus so far recorded in Europe.

A number of people wore masks in St. Peter’s Square at his Wednesday general audience.