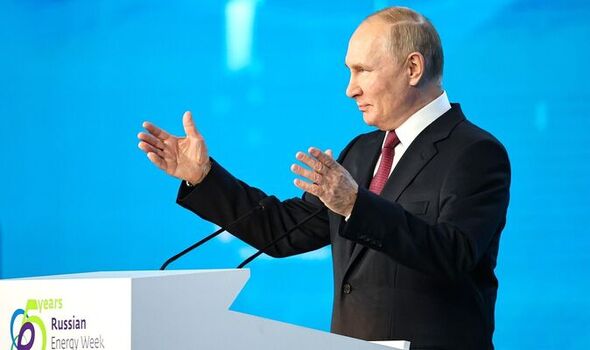 This followed Meta’s announcement it would permit posts such as “death to Russian invaders” but not credible threats against civilians. Meta appealed against the ban but it was upheld by a Moscow court in June.

The ban did not apply to WhatsApp, which Meta also owns.

However, the new move to add the platforms to a list of terrorist organisations shows Putin’s resolve to control all media accessed by Russian citizens – a fight experts say he is losing.

According to Interfax, being placed on a list of extremist organisations means banks can freeze Meta’s funds in Russia.

Other groups on the list include the Taliban and Russian opposition parties.

Russia has faced international isolation and strict economic sanctions since invading Ukraine and has responded by clamping down on the means of spreading dissent.

It has passed laws restricting what can be reported in the country – punishable by long prison sentences.

A number of high-profile international journalists, including BBC News correspondents Clive Myrie, Orla Guerin and Nick Robinson, have also been barred from working in Russia.