Putin's hand appears to shake before he meets with Lukashenko

The Russian President typically uses a day in June for his “direct line”, where he answers questions from Russian people. However, his spokesperson said the 2022 session would be postponed until later in the year.

There has been widespread dissent against the war in Russia alongside widespread support, and the Kremlin has used its strangle-hold on the nation’s media to control the narrative there.

Cutting the phone-in could therefore be an attempt to limit Putin’s chances of being publicly humiliated or criticised.

Yet, it comes amid growing concerns that the aged Russian despot has some form of degenerative illness.

This theory has been used to attempt to explain why Putin has been seen rarely in public in recent months, as well as possibly why he entered an unprovoked invasion with seemingly unprepared armed forces. 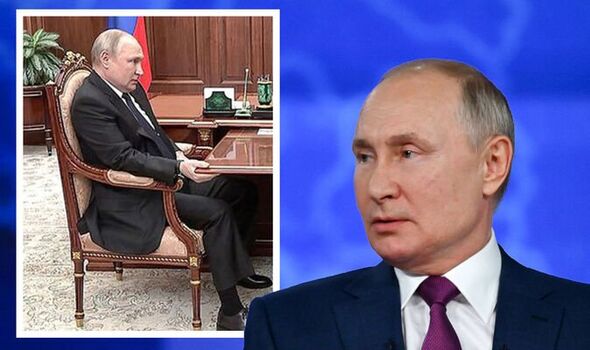 It has been fuelled by images and videos released from Moscow showing Putin apparently exhibiting hand spasms or gripping a desk.

According to state propaganda channel RBK, the “direct line” was supposed to originally be held in St Petersburg in the middle of the month. 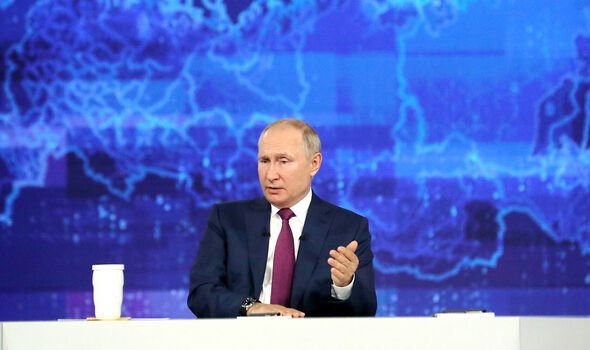 But hopes that there still might be time this month for Russian people to speak directly with their President as he wages a bloody and unnecessary war have been dashed.

Mr Peskov told Russian outlets that the session would not go ahead as “now the President has a lot of more important events” to attend to.

However, he described the phone-in as “necessary” and “in demand”, stating: “Therefore, a little later. But it will definitely happen.” 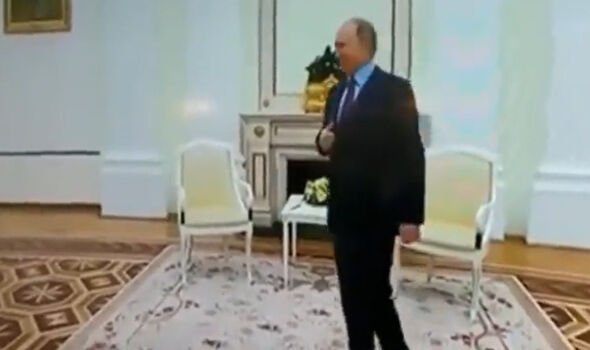 In April, a video of Putin meeting his defence minister, Sergei Shoigu, showed the ageing tyrant gripping his desk for the vast swathe of the meeting.

This prompted claims that the Russian President was attempting to limit the visible effects of tremors, which Parkinson’s sufferers can do by tensing the muscles in the affected area.

In footage released a week later, of Putin meeting ally Alexander Lukashenko, the Belarusian President, he makes a motion with his thumb which could be viewed as a spasm. 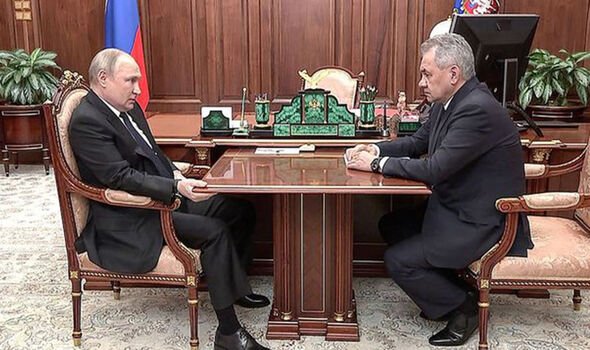 As he walks towards his eastern European counterpart, he appears unsteady on his feet, walking stiffly.

Doctors suggested these were all signs of Parkinson’s disease.

However, it has also been speculated that the Russian despot may also be suffering from cancer, explaining the need to take steroids and his “puffy” face.

Medical experts have also suggested Putin may be immunocompromised, perhaps due to an incurable disease, which would explain his recent behaviour of keeping a distance at meetings.