Putin left waiting for a meeting with President of Kyrgyzstan

Vladimir Putin was made to awkwardly wait for meetings with his counterparts from Kyrgyzstan and Iran in the latest diplomatic humiliation for the Russian leader. Viewers derided the Russian leader, who has recently seen his forces desperately retreat from their frontline in Ukraine. Footage shared online this week showed President Putin standing and waiting for around 30 seconds for Kyrgyzstan President Sadyr Japarov to arrive at a summit in Uzbekistan.

Similar scenes were filmed when President Putin was forced to wait again for his Iranian counterpart later in the day for bilateral talks.

The clips, which quickly went viral, showed the Russian leader awkwardly handling the wait, as he looked at his notecards and spoke with officials to the side.

“Previously Kremlin head used to make world leaders wait for him. Now president of Kyrgyzstan allows himself to be late for a meeting with Putin.”

JUST IN: Putin pulls rug from under ‘convenient scapegoat’ Shoigu 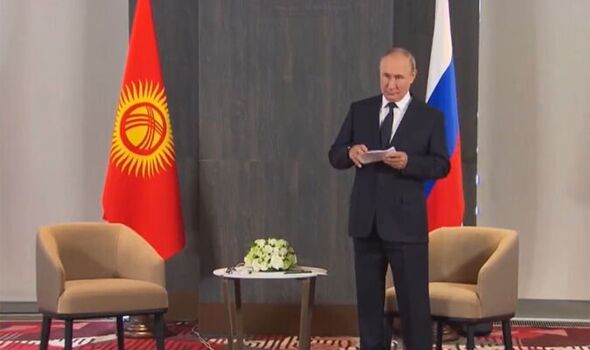 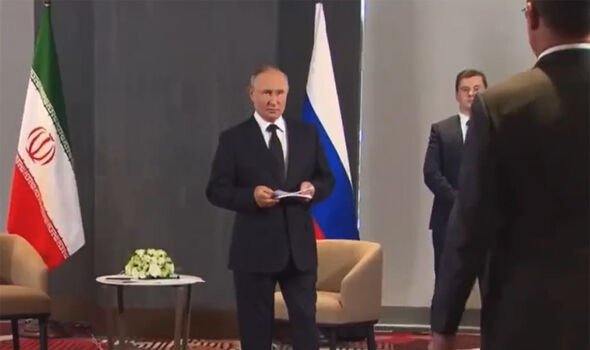 She tweeted: “Considering that Putin himself regards being late as a sign of his power and an instrument of humiliation, it’s rather curious to see how it’s him who’s forced to wait now, first by the president of Turkey, now by the president of Kyrgyzstan.”

Ms Yarmysh referenced a similar incident in July where President Putin was made to wait in front of media cameras for 50 seconds, due to the late arrival of his Turkish counterpart Recep Tayyip Erdoğan.

The latest snubs took place on the sidelines of the SCO summit in Samarkand, Uzbekistan. 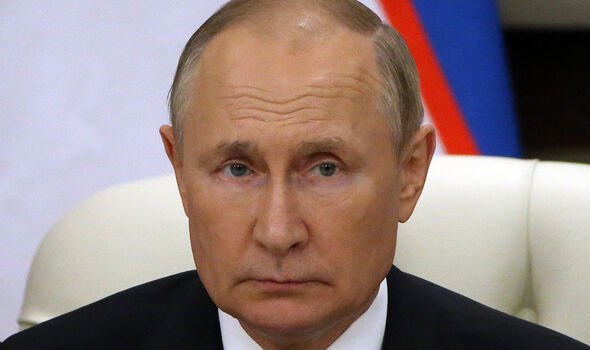 Viewers remarked that “when the president of Kyrgyzstan makes you wait, things are not well in paradise”.

Many attributed the late arrivals to the weakened power Russia holds after its invasion of Ukraine. 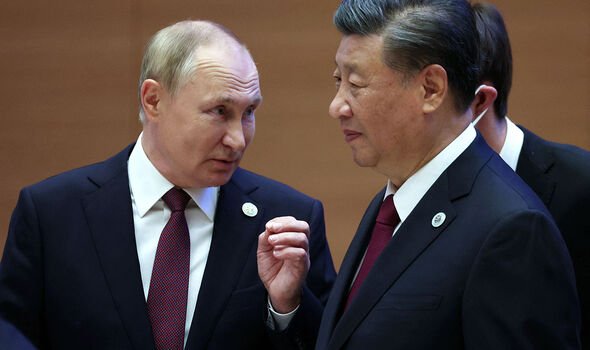 @ahatan1970 added: “The President of Iran also made Putin wait for him. How pathetic it looks.”

@rodoss noted: “Oh how the mighty have fallen.”

During the summit, President Putin revealed that China had voiced “concern” over Ukraine.

He said Russia would address China’s “questions and concerns” in his first face-to-face talks with President Xi Jinping since the Russian invasion.