Russian pundits have admitted it will take “two months” to launch counter assaults of their own after suffering heavy defeats to Ukraine in the last month. Russian Donbas military correspondent Alexander Sladkov told Russian TV that retreating from formerly-occupied territories had been “painful” and that Putin’s forces had suffered “losses”, in some of the first admissions by state media that the conflict was not going to plan.

Asked by host Olga Skabeyeva, nicknamed “The Iron Doll of Putin TV” for her unwavering support, about when there will be “positive change” in the war, Mr Sladkov said he believed the frontline could be restored “tomorrow” but that any offensives looked like a distant possibility.

Ms Skabeyeva said: “Why isn’t anything protected there? When will people get there? I appreciate the necessity of treating a soldier with care, with respect and understanding, but when will the soldier end up on the front? In two or three weeks, could it be too late?”

Mr Sladkov said: “No, no, the forces with which we are fighting obviously do not have the capacity to move on Kyiv or to quickly take Kharkiv, but they are sufficient for those territories for which we provide security.

“Of course, when forces are massing, and Ukrainians are active on two fronts, especially near Lyman and Kherson, do you want us to end up in the sack? 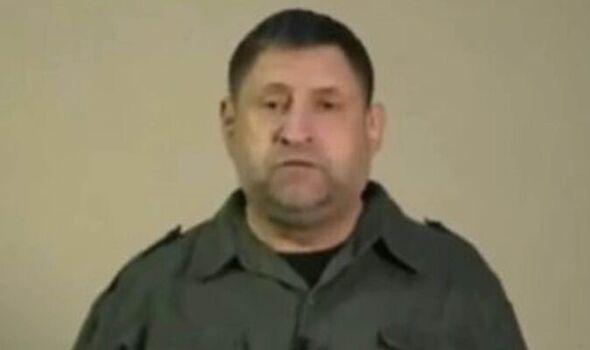 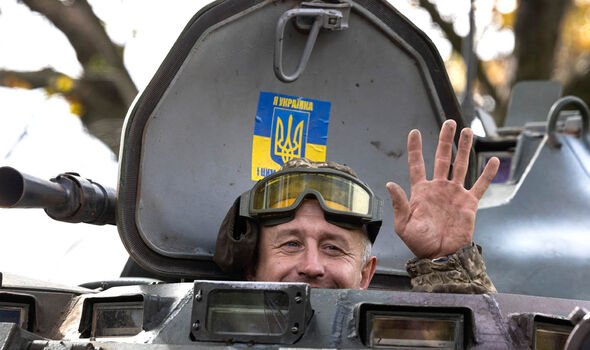 “No, I don’t want that either, nor do they. This is why we are straightening up the frontline. But retreating from the territories, of course, it is painful.

“We also have losses but that is what war is like. They are coming and equipment is coming.”

Ms Skabeyeva said: “In that regard, when will things start to change, changes that will be positive for Russia? What do people in the foxholes say?”

Mr Sladkov said: “If we are talking about a large-scale offensive, probably in two months. As far as stabilising the frontline, that is tomorrow.” 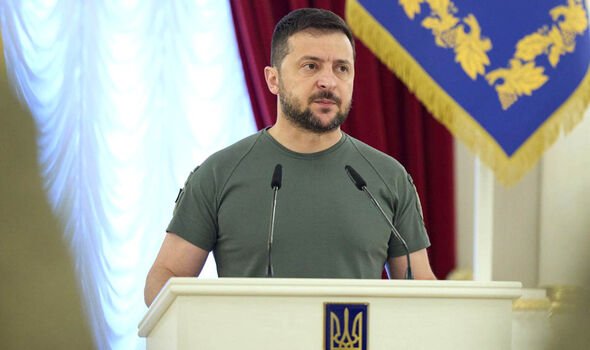 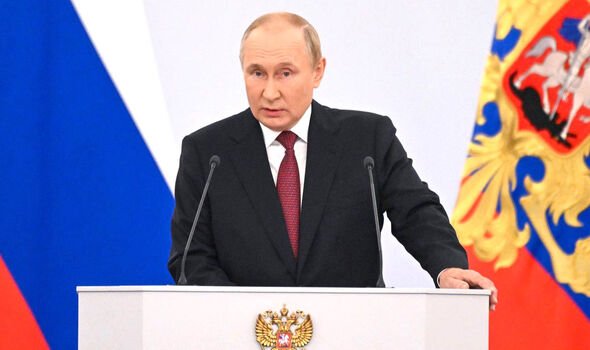 Russian forces in the Donetsk and Kherson regions have been forced to retreat in recent days and appear to be struggling to halt an increasingly Western-equipped Ukrainian army.

President Volodymyr Zelensky said Ukraine’s military had made major, rapid advances against Russian forces in the past week, taking back dozens of towns in regions in the south and east that Russia has declared annexed.

“This week alone, since the Russian pseudo-referendum, dozens of population centres have been liberated. These are in Kherson, Kharkiv, Luhansk and Donetsk regions altogether,” he said in a Tuesday night address.

Mr Zelensky named eight small towns in Kherson in the south as recently having been recaptured. A video released by the Ukraine defence ministry appeared to show the Ukrainian flag being raised over one of those communities, Davydiv Brid, in Kherson.

In the east, Ukrainian forces have been expanding an offensive after capturing the main Russian bastion in the north of Donetsk, the town of Lyman. 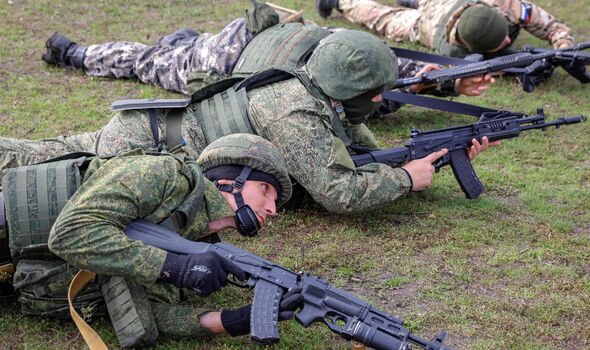 The Ukrainian armed forces have also advanced up to 20 km (12 miles) beyond the Oskil river in the northeastern Kharkiv region into Russia’s defensive zone towards the town of Svatove in the Luhansk region, Britain said on Wednesday.

“Politically, Russian leaders will highly likely be concerned that leading Ukrainian units are now approaching the borders of Luhansk Oblast, which Russia claimed to have formally annexed last Friday,” the British Ministry of Defence said in an intelligence bulletin.

The intelligence update added that it was highly likely that Ukraine could now strike the Svatove-Kremina road in the Luhansk region and added that Ukraine continued to make progress in its operations on the southern front as well.

The swift advances have forced Russian soldiers to destroy their reserves of ammunition and try to destroy bridges and crossings in order to slow the Ukrainian advance, the Ukrainian Armed Forces said in its daily report.