Moscow will retaliate in kind if US deploys new missiles in Europe, Russian president says as he addresses the nation. 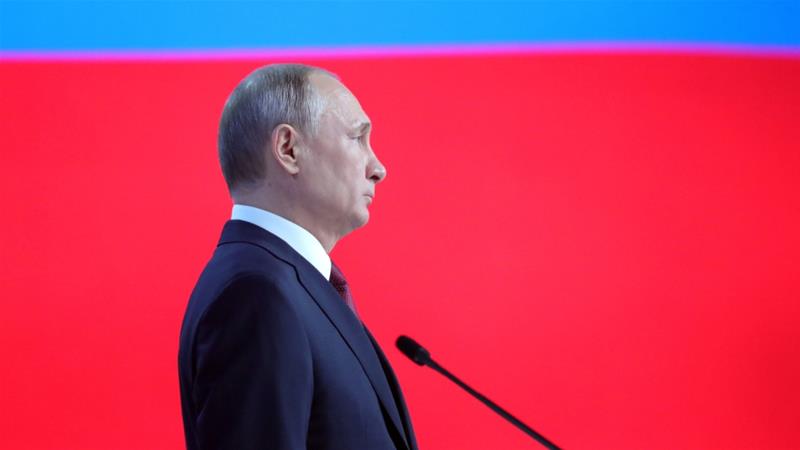 Russia’s President Vladimir Putin warned the United States against deploying new missiles in Europe, threatening to retaliate in kind by targeting Western capitals with his own new weaponry.

Delivering a state of the nation address, Putin said the US abandoned a key arms control pact – the 1987 Intermediate-Range Nuclear Forces treaty – to free its hands to build new missiles and tried to shift the blame for the move on Russia.

Many analysts say abandoning the treaty effectively signalled the start of a new arms race.

The longtime Russian leader warned Washington against deploying any new missiles in Europe following the collapse of the key Cold War-era treaty, saying Moscow would consider it a “serious threat”.

“I’m saying this clearly and openly, Russia will be forced to deploy weapons that can be used… against the decision-making centres that are behind the missile systems which threaten us,” Putin said.

“The capability of such weapons, including the time to reach those centres, will be equivalent to the threats against Russia.”

He did not say what specific new weapons Moscow could deploy, but he reported quick progress on an array of new systems presented a year ago.

The INF deal was signed in 1987 by then US president Ronald Reagan and Soviet leader Mikhail Gorbachev and resolved a crisis over Soviet nuclear-tipped ballistic missiles targeting Western capitals.

Putin said the first batch of Avangard hypersonic glide vehicles will be deployed this year.

He added the tests of the new Sarmat heavy intercontinental ballistic missile, the Burevestnik nuclear-powered cruise missile and the Poseidon nuclear-powered underwater drone have been progressing successfully.

The first submarine equipped to carry the Poseidon will be commissioned later this year, Putin reported.

He also announced the coming deployment of the new Zircon hypersonic missile for the Russian navy, saying it’s capable of flying at nine times the speed of sound and will have a range of 1,000km.

He said the Zircon programme will not be too costly as the missile has been designed to equip Russia’s existing surface ships and submarines.

While issuing a tough warning to the US, Putin also said Russia still wants friendly relations with Washington and remains open to arms control talks.

“We don’t want confrontation, particularly with such a global power as the US,” he said.

The US has accused Russia of breaching the INF treaty by deploying a cruise missile that violates its limits – accusations Moscow rejected.

The INF treaty banned the production, testing and deployment of land-based cruise and ballistic missiles with a range of 500km to 5,500km.

The intermediate-range weapons were seen as particularly destabilising as they take less time to reach their targets compared with the intercontinental ballistic missiles.

That would leave practically no time for decision-makers, raising the likelihood of a global nuclear conflict over a false launch warning.

The US State Department said Washington was not developing “exotic new nuclear weapons delivery systems” and repeated its claim that Russia violates the INF treaty while the United States does not.

“President Putin’s remarks are a continuation of Russia’s propaganda effort to avoid responsibility for Russia’s actions in violation of the INF Treaty,” added a State Department spokeswoman on condition of anonymity.

“Russian statements threatening to target Allies are unacceptable. We call on Russia to focus on returning to compliance with the Intermediate-Range Nuclear Forces Treaty,” NATO deputy spokesman, Piers Cazalet, said in a statement.

“NATO is a defensive alliance, which stands ready to defend all members against any threat. We do not want a new arms race, and allies have repeatedly called on Russia to verifiably destroy its intermediate-range missiles.”

NATO chief Jens Stoltenberg has said several times in recent weeks that the alliance would not deploy any new land-based nuclear weapons in response to the Russian missiles.

Putin’s tough talk on missiles seemed aimed at stirring up patriotic support for the 66-year-old leader, who won re-election last year with more than 76 percent of the vote but has been recently struggling with dropping poll numbers.

A survey by Russia’s independent Levada Centre released in January found his approval rating at 64 percent – a figure many Western leaders could only dream of, but Putin’s lowest in five years.

Most of Wednesday’s speech focused on promises to address poor living standards, a key source of frustration for many Russians nearly 20 years after Putin came to power.

“Within this year, [Russians] should feel changes,” he said.

Putin lamented about 19 million Russians were living below the poverty line, saying: “This is too much … The state should help.”

He focused, in particular, on help for Russian families, pointing to a demographic crisis that has seen birth rates fall drastically since the 1991 collapse of the Soviet Union.

Last year, the government’s statistics agency said the country’s birth rate had fallen by 11 percent in 2017 to the lowest level in a decade.

“The incomes of Russian families should of course rise,” he said, promising new child benefits and lower taxes for larger families. 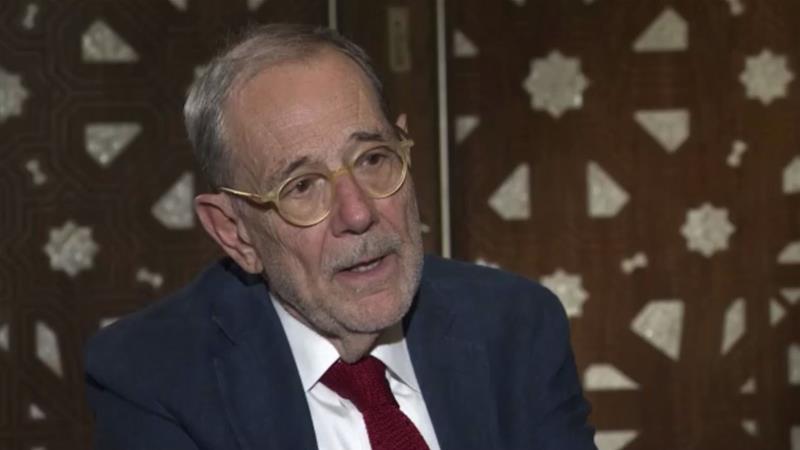