Putin 'eating handily' into Russian reserves to prop up country

The rail link connecting Russian-occupied Kherson in southern Ukraine with Crimea is highly unlikely to be operational due to a strike on one of Putin’s ammunition trains, the UK Ministry of Defence said on Wednesday.

Russian forces are likely to repair the railway line in a few days, although it will remain a vulnerability, the intelligence update said on Twitter.

It is likely there will be an increase in civilians attempting to flee Kherson and surrounding areas, as hostilities continue and food shortages worsen, the MoD added.

The statement read: “As a result of a Ukrainian strike against a Russian ammunition train in Kherson oblast, southern Ukraine, it is highly unlikely the rail link connecting Kherson with Crimea remains operational.

“Russian forces are likely to repair the railway line within a few days, although it will remain a vulnerability for Russia forces and their logistical resupply route from Crimea into Kherson. 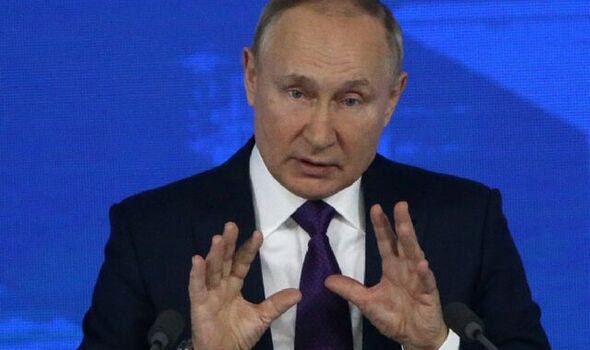 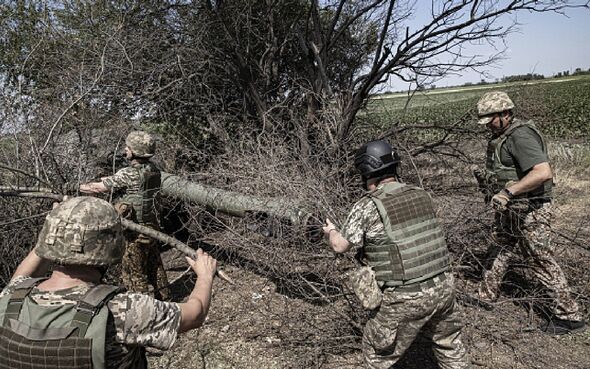 “Russia has promoted the ferry crossing recently established to replace the damaged Antonovsky Bridge over the Dnipro river in Kherson as for civilian use, however Russian military forces will almost certainly utilise it for troop movements and logistical resupply.

“It is likely that we will see an increase in civilians attempting to flee Kherson and the surrounding area as hostilities continue and food shortages worsen.”

Ukraine has recaptured 53 settlements in the region since the start of Moscow’s invasion, the regional governor said on Tuesday.

Russia captured swathes of southern Ukraine in the first phase of its February 24 invasion. Ukraine is now pledging to conduct a major counter-offensive to retake land and has used Western-made long-range weapons to hit Russian supply lines.

READ MORE: Pelosi praises Taiwan as ‘one of the freest societies’

“As of now, 53 settlements have been confirmed as liberated,” acting governor Dmytro Butriy said on national television.

That figure was nine settlements more than the number he gave on Monday, which appeared to indicate a quickening tempo of Ukrainian gains in the region.

Overnight, Ukrainian forces successfully hit an oil depot in Russian-occupied Makiivka in yet another blow to Vladimir Putin’s invasion.

The fuel depot had been occupied by Russians since 2014.

“HIMARS worked on enemy positions. The local oil depot is on fire.”

The explosion was also reported on the official liveuamap website.