Gulf nation celebrates as the Maroons arrive in Doha to a heroic welcome after winning their first major football title.

Qatar celebrated its national football team’s upset victory at the Asian Cup with a royal welcome and a street parade by jubilant fans in the capital, Doha.

Thousands of Qataris and residents gathered in the capital Doha on Saturday to welcome their footballers home after their stunning Asian Cup victory against Japan.

Fans holding national flags cheered and threw flower petals as the team waved to the crowd from an open bus on Doha’s landmark Corniche.

“A tribute to our heroes who made this tournament an Arab achievement and… realised the dreams of millions of Qatari football fans across the great Arab world,” Sheikh Tamim wrote on his personal Twitter account.

Qatar’s Akram Afif converts the penalty kick to put his side 3-1 ahead.

He receives a yellow card for taking his shirt off to celebrate.

Japan’s Takumi Minamino scores the first goal for his side in the 69th minute.

Qatar’s Boualem Khoukhi taken off the field on a stretcher. He is replaced by Salem Al Hajri

Abdelaziz Hatim scores the second goal for the Maroons in the 27th minute. 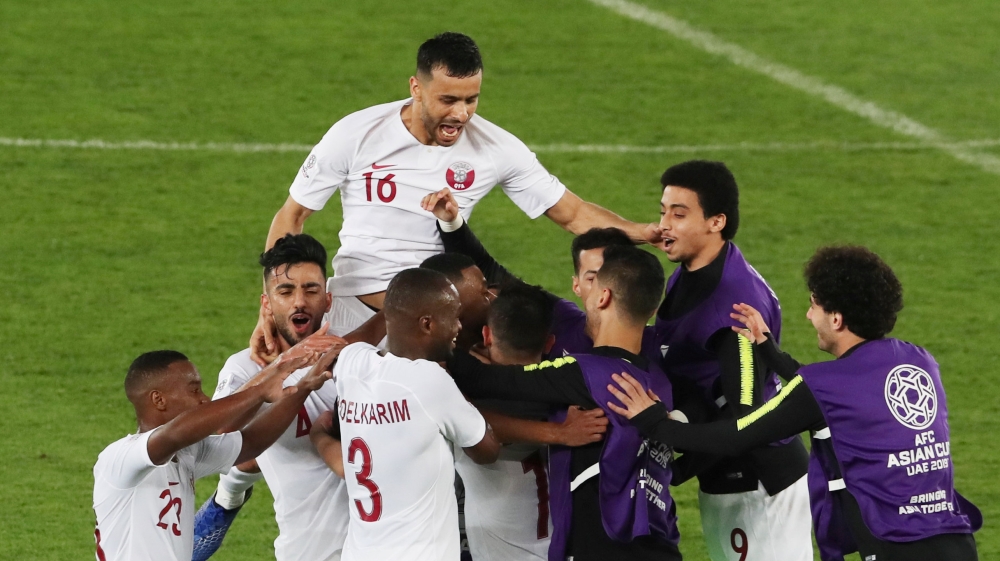 Qatar takes the lead with 22-year-old Almoez Ali scoring in the 12th minute.

This is Ali’s ninth goal of the tournament, he has broken the record for the most goals scored in a single edition of the competition. 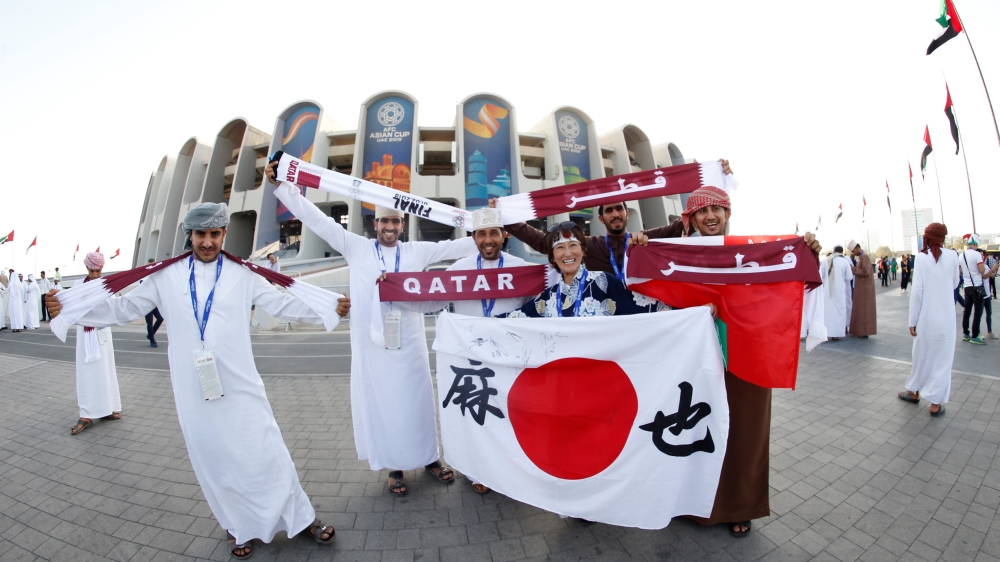 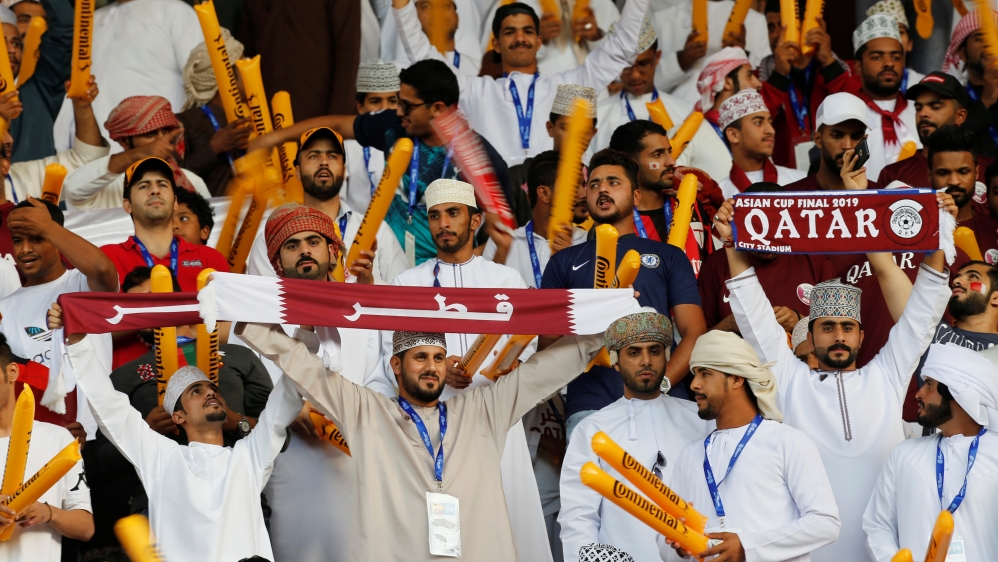 The Asian Football Confederation (AFC) has dismissed the protest lodged by the United Arab Emirates Football Association over the eligibility of two of Qatar’s players, the body said in a statement ahead of the final on Friday.

The complaint about Qatar’s Almoez Ali, a 22-year-old striker born in Sudan, and Bassam Al Rawi, a 21-year-old defender born in Iraq, was reportedly filed within two hours of Qatar’s 4-0 victory over the UAE on Wednesday.

Who will win the final?

Japan remain the clear favourites, ranked third in Asia and having put through a commendable performance in the 2018 World Cup.

They are ranked 43 places above Qatar.

An Al Jazeera English poll carried out on Twitter says fans are equally divided on who will win.

Watching the final in Qatar

Big screens have been set up around Qatar for fans to watch the final as they were unable to travel to the match in person because of a regional blockade by the UAE, Saudi Arabia, Bahrain and Egypt.

Special TV screenings will take place at around the capital Doha, including Souq Waqif and Katara Cultural Village as well as restaurants, malls and hotels. 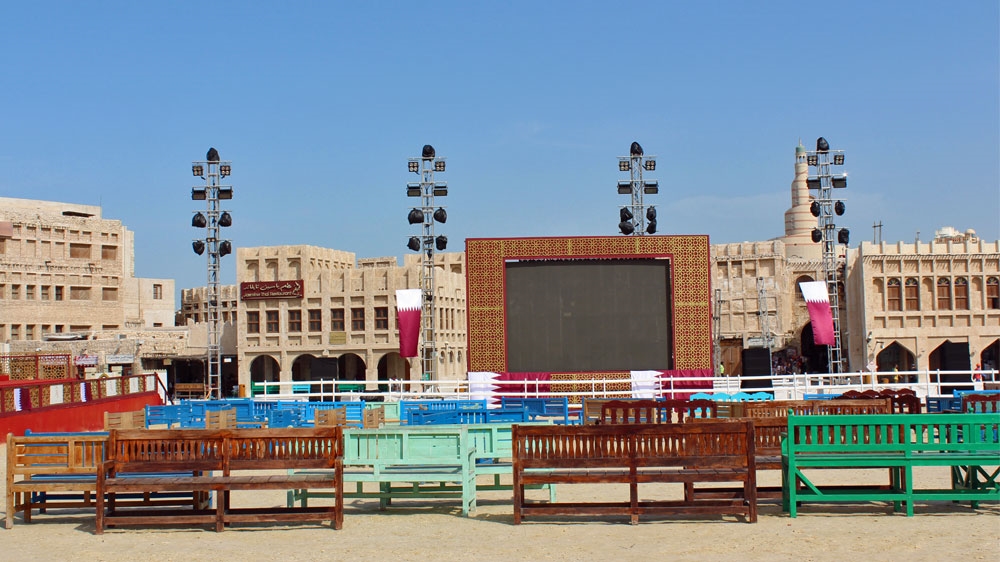 “There are no words to describe what playing in the final means to me,” Qatar’s captain Hassan al-Haydos told reporters on the eve of the game. “It is definitely very important to us as a team.”

Qatar’s coach Felix Sanchez believes his players are ready for one final push that can land them the title.

“The players are determined to get the victory we want by putting in one more huge effort against Japan so that we can make the Qatari people happy once again and make history,” said Sanchez.

The air, land and sea blockade forced the team to take a circuitous route to reach Abu Dhabi from Qatar.

Qatari fans were not allowed to travel to the UAE to support the team. At some games, Omanis were in the stands, cheering on the Qatari players.

During the semi-final against the UAE team shoes and sandals were thrown at the Qatari players from the stands.

For the fans back home, Qatar are already winners. Read the match preview by Saba Aziz here.