The River Wye reached its highest recorded level at the weekend and continues to rise in the aftermath of the devastating passage of Storm Dennis across the UK during the weekend. A live webcam pointed at the Old Bridge in Hereford has been capturing the rising water level at the historic bridge, with the Wye now nearly submerging all five arches of the structure. Footage from the Farson Digital webcam shows the bridge area completely emptied out of people as a fifth severe flooding warning remains in place through Monday.

Many residents were trapped in their homes in Hereford because of the flooding, with one local writing on Twitter she and his family were “trapped” because of the high waters.

The Environment Agency issued five red warnings along the Wye, including one in place in Hereford itself. Other red warning are in place for the River Teme at Eardiston, Little Hereford and Ashford Carbonel, Ludlow, and Tenbury Wells and Burford.

Several roads between Ledbury and Hereford have been flooded with water and are impassable, with public transport severely affected. 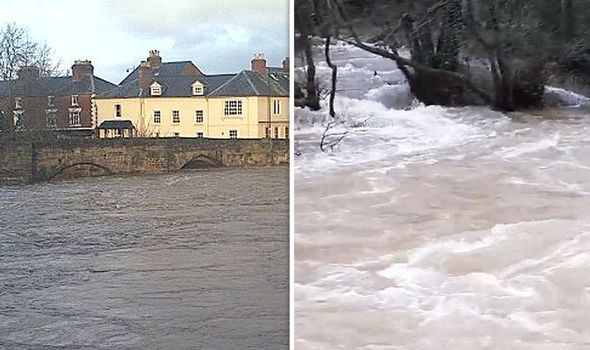 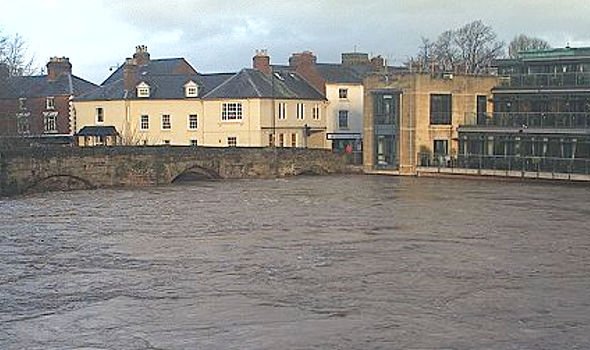 Several roads between Ledbury and Hereford have been flooded with water and are impassable, with public transport severely affected.

Residents in Wye Ave, St Martins Ave and Hinton Road in Hereford have been urged to leave their home immediately to seek shelter at the Holmer Leisure Centre.

John Curtin from the Environment Agency warned the River Wye rising remains a “live incident” as the water Storm Dennis brought in moves toward the bigger rivers.

Writing on Twitter, Mr Curtin said: “#StormDennis and the heaviest rain may have passed but this is still a live incident as water makes its way through the bigger rivers. 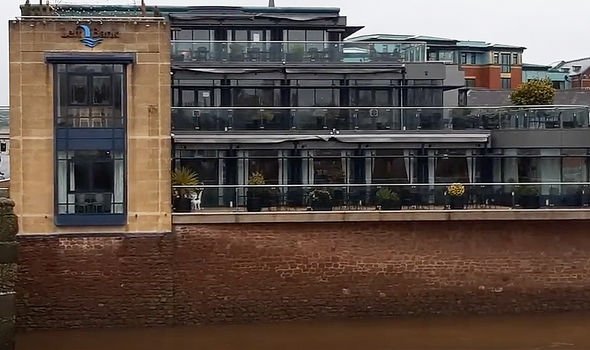 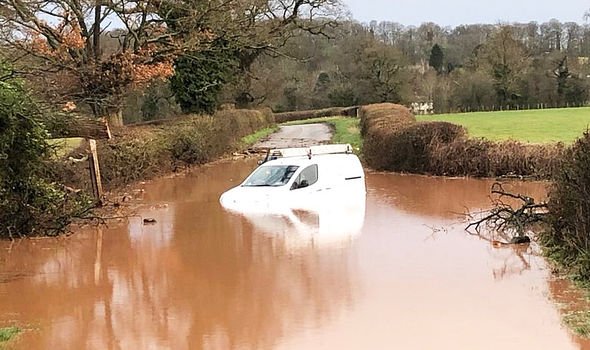 “Of most concern now is #Hereford where the river is breaking all records – risk to life so stay close to updates.”

ITV forecaster Laura Tobin warned the River Wye is of “most concern” to the Environment Agency as growing water levels continue to rise.

Speaking on Monday morning, Ms Tobin said: “The River Wye in Hereford, one of five severe flood warnings from the Met Office, has reached its highest ever recorded level.

“It’s of most concern to the Environment Agency as it starts to be fed from the smaller rivers – water levels there are likely to continue to rise.” 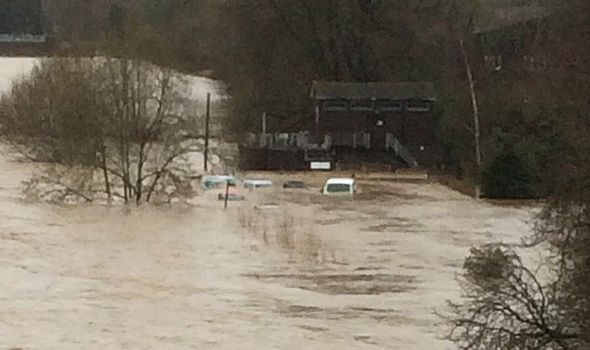 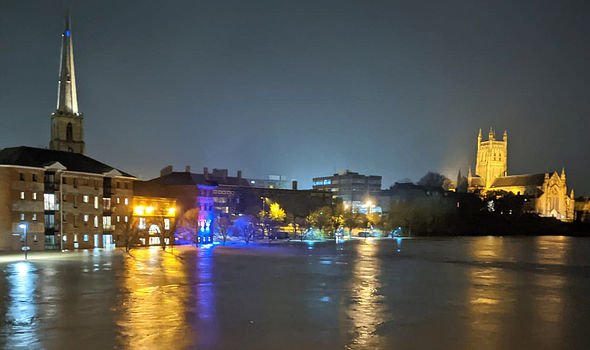 More than a month’s worth of rain fell in 48 hours – leading to a record number of flood warnings and alerts in England.

The Met Office said that winds of more than 80mph were recorded across parts of the country, with the highest measuring 91mph in Aberdaron in North Wales on Saturday.

Flooding saw the M54 westbound closed at Telford, along with the A616 around Stocksbridge in South Yorkshire and the A52 between Stragglethorpe and Gamston in the East Midlands, Highways England said.