The Sputnik-V vaccine produced an antibody response in all participants in early-stage trials, according to results published in The Lancet medical journal. It said the results of the two trials, conducted in June and July and involving 76 participants in Russian hospitals, showed 100 percent of participants developing antibodies to coronavirus and no serious side effects.

Russia licensed the two-shot jab for domestic use in August, the first country to do so and before any data had been published or a large-scale trial had begun.

The Lancet said: “The two 42-day trials – including 38 healthy adults each – did not find any serious adverse effects among participants, and confirmed that the vaccine candidates elicit an antibody response.

“Large, long-term trials including a placebo comparison and further monitoring are needed to establish the long-term safety and effectiveness of the vaccine for preventing COVID-19 infection.” 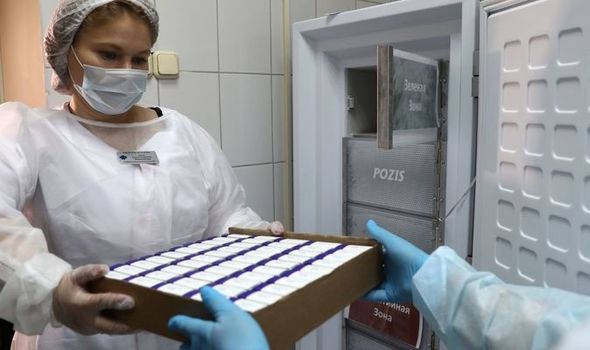 The vaccine is named Sputnik-V in homage to the world’s first satellite, launched by the Soviet Union.

Some Western experts have warned against its use until all internationally approved testing and regulatory steps have been taken.

But with the results now published for the first time in an international peer-reviewed journal, and with a 40,000-strong later-stage trial launched last week, a senior Russian official said Moscow had answered its critics abroad. 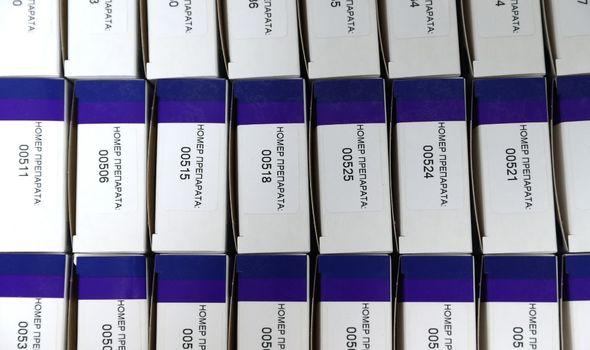 Kirill Dmitriev, the head of the Russian Direct Investment Fund (RDIF), which backed the vaccine, said the its development was the “best in the world.”

He said: “With this publication we answer all of the questions of the West that were diligently asked over the past three weeks, frankly with the clear goal of tarnishing the Russian vaccine.

“All of the boxes are checked. Now we will start asking questions of some of the Western vaccines.”

Brendan Wren, Professor of Microbial Pathogenesis at London’s School of Hygiene and Tropical Medicine said: “The report is a case of ‘so far, so good’.”

Mr Dmitriev said at least 3,000 people had already been recruited for the large-scale trial of the Sputnik-V vaccine with initial results expected in October or November.

Health minister Mikhail Murashko has said Russia will start mass inoculation from November or December, with a focus on high-risk groups.

Alexander Gintsburg, director of the Gamaleya Institute which developed the vaccine, said it would take nine to twelve months to vaccinate the majority of the population.

Governments and big pharmaceutical firms are racing to develop a vaccine to end the COVID-19 pandemic, which has killed more than 850,000 people globally and infected around 26 million.

Over half a dozen drugmakers are already conducting advanced clinical trials, each with tens of thousands of participants.

Several, including Britain’s AstraZeneca and US companies Moderna and Pfizer expect to know if their COVID-19 vaccines work and are safe by the end of 2020.