ISTANBUL (Reuters) – A Russian artist unveiled four giant paintings of Russia’s President Vladimir Putin in central Istanbul on Saturday, saying he wanted to show the good ties between Ankara and Moscow despite differences over Syria and other issues. 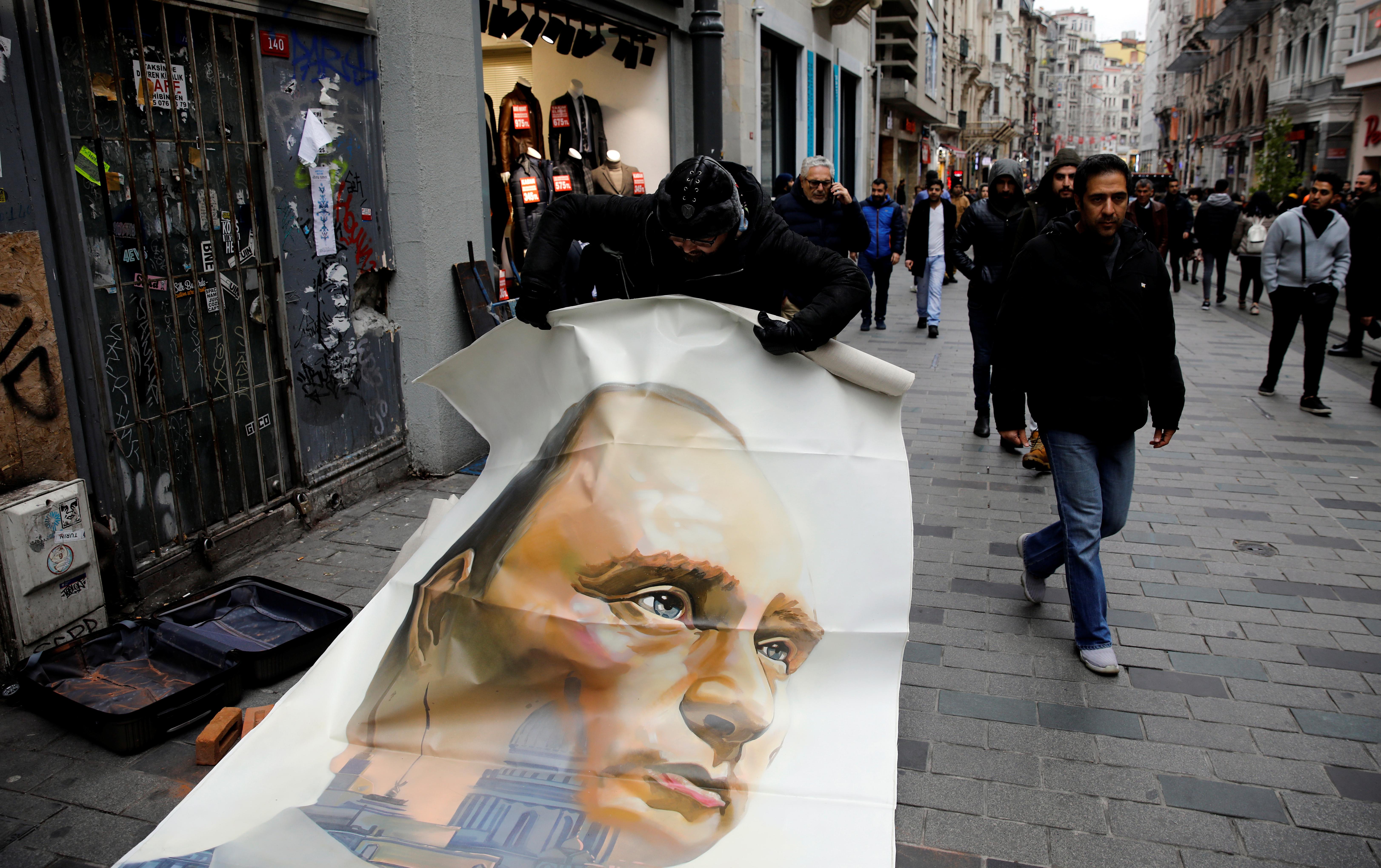 However shortly after Alexander Donskoy unveiled his “Putin is Russia?” project in Istiklal Street, authorities took down his paintings because he had not received permission to display them there.

“Currently, we have an exacerbation of relations with Turkey,” artist Alexander Donskoy told Reuters. “So, I show here, right in the center of Turkey, on its main street where the Russian embassy is at, that Putin is Russia.”

“I wanted to draw attention to how Putin is taken in Russia: like a superhero. So I wrote on portraits ‘Putin is superhero’,” Donskoy said.

Turkey and Russia back opposing sides in the Syrian war but have collaborated to seek a political solution, while forging close ties in the defense and energy sectors.

But a Russian-backed Syrian government offensive since December in the northwestern Idlib region has disrupted ties. Ankara and Moscow have traded barbs in recent days, accusing each other of flouting agreements to curb violence in Idlib.

Media reports this week have cited the Russian ambassador to Turkey as saying he had received several death threats since tensions flared after 13 Turkish troops were killed in Idlib in Syrian government attacks.

Donskoy said he wanted to provoke emotions in people passing by the paintings and see their reactions. He said he planned to hold more exhibits elsewhere, including in the United States.

“So, I am an ambassador of peace.”