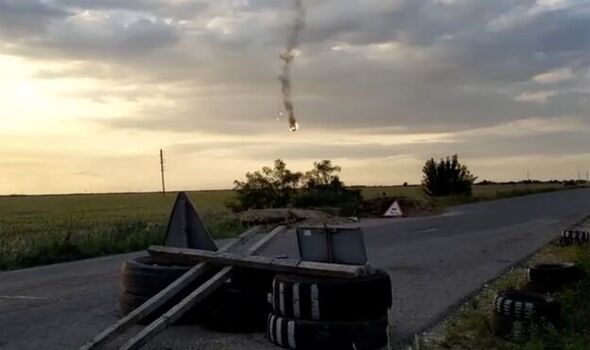 The jetfighter exploded as it hit a field near fiercelycontested Nova Kakhovka in the occupied Kherson region.

The pilot is believed to have ejected safely. He is seen parachuting near the site of the crash but there were no reports from the Russian side that he had been rescued.

“This is the second case in a week. The first was an SU-34M near Alchevsk, when pilots also managed to successfully eject.”

Ukrainians initially claimed it was their fire that hit the jet on Tuesday. This came as Russian air defence was seeking to down Ukrainian HIMARS missiles, supplied by the US, which have caused major problems to Putin’s forces.