In footage released on social media, a Russian tank can be seen being blown to pieces in Dovhenke, Kharkiv Oblast. The tank is spotted hiding just off the corner of a dirt path surrounded by shrubbery. A Ukrainian drone discovers the military vehicle and then captures the moment it is successfully struck and destroyed.

Meanwhile, Russia is preparing for the next stage of its offensive in Ukraine, a Ukrainian military official said, after Moscow said its forces would step up military operations in “all operational areas”.

Russian rockets and missiles have pounded cities in strikes that Kyiv says have killed dozens in recent days.

“It is not only missile strikes from the air and sea,” Vadym Skibitskyi, a spokesman for Ukrainian military intelligence, said on Saturday. 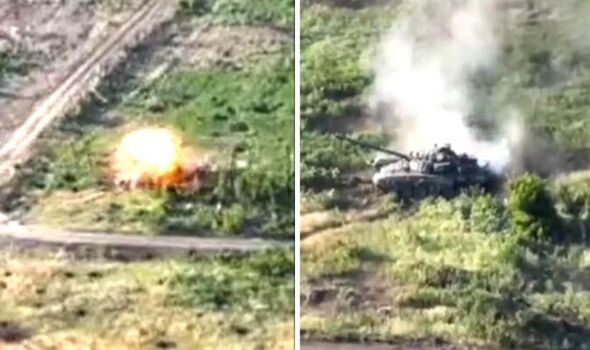 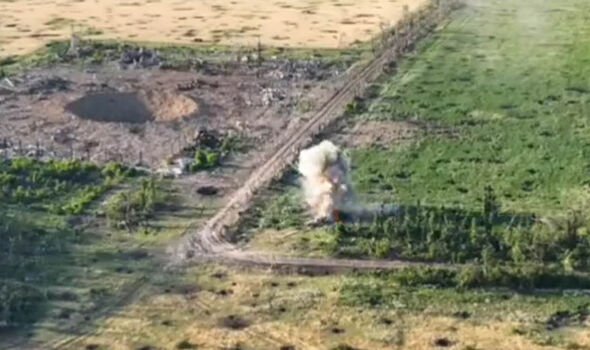 “There is indeed a certain activation of the enemy along the entire front line… Clearly preparations are now underway for the next stage of the offensive.”

The Ukrainian military said Russia appeared to be regrouping units for an offensive towards Sloviansk, a symbolically important city held by Ukraine in the eastern region of Donetsk.

The British defence ministry said on Sunday that Russia was reinforcing its defensive positions across the areas it occupies in southern Ukraine.

Ukraine says at least 40 people have been killed in Russian shelling of urban areas in the last three days, as the war launched by Russian President Vladimir Putin on February 24 intensifies. 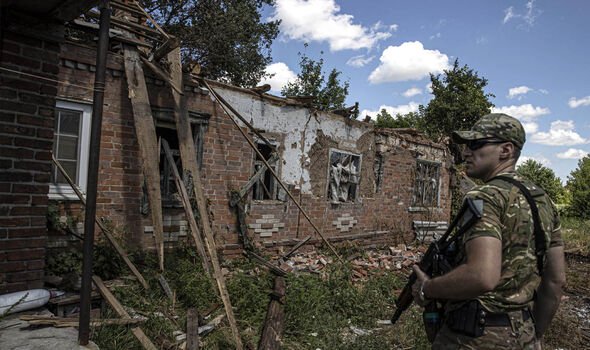 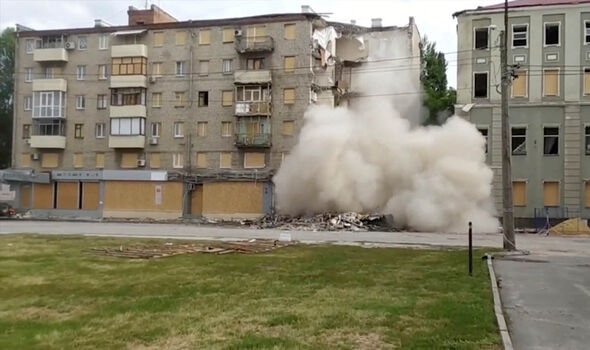 “Three people lost their lives, why? What for? Because Putin went mad?” said Raisa Shapoval, 83, a distraught resident sitting in the ruins of her home.

To the south, more than 50 Russian Grad rockets pounded the city of Nikopol on the Dnipro River, killing two people who were found in the rubble, said Governor Valentyn Reznichenko.

Moscow, which calls the invasion a “special military operation” to demilitarise and “denazify” its neighbour, says it using high-precision weapons to degrade Ukraine’s military infrastructure and protect its own security. It has repeatedly denied targeting civilians. 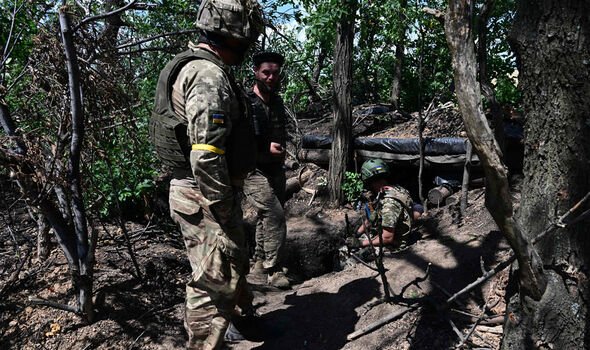 Kyiv and the West say the conflict is an unprovoked attempt to reconquer a country that broke free of Moscow’s rule with the break-up of the Soviet Union in 1991.

Russian Defence Minister Sergei Shoigu ordered military units to intensify operations to prevent Ukrainian strikes on eastern Ukraine and other areas held by Russia, where he said Kyiv could hit civilian infrastructure or residents, according to a statement from the ministry.

His remarks appeared to be a direct response to what Kyiv says is a string of successful strikes carried out on 30 Russian logistics and ammunition hubs, using several multiple launch rocket systems recently supplied by the West.

READ NEXT: Putin critic reveals how NATO can force Russia into peace talks
‘Seriously ill’ Putin resembles ‘hamster’
EU slammed as ‘braindead’ over Ukraine war
Putin’s missiles an ‘arsenal of accidents’
‘Ukraine CAN prevail!’ Expert calls on US for tanks