Ukrainian police have uncovered what they believe to be a Russian torture chamber where the fillings in prisoners’ teeth were pulled out and some buried alive. The discovery of the horrific basement dungeon came as defense forces continue to push Russian troops back in the north, despite Vladimir Putin’s recent claim that four areas of Ukraine were now part of Russia.

Regional police said yesterday that after Russian troops had been pushed out of the village of Pisky-Radkivski, on the eastern bank of the Oskil river near Izyum, they received statements from local residents about the torture chamber.

Serhii Bolvinov, head of the investigations department of the National Police in the Kharkiv region, said in a statement: “Neighbours could hear screams from there all the time.”

Russians were said to have held local residents and prisoners of war in a basement of one of the houses, where police found a “terrible torture chamber”.

Mr Bolvinov said the police were aware of the use of burying alive as a form of torture at the site, as well as the use of a gas mask with a smouldering rag to choke prisoners. 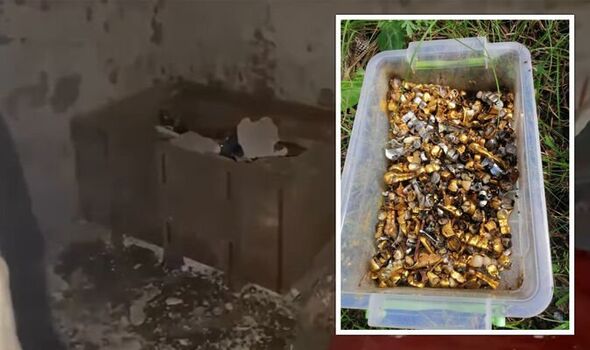 In disturbing imagery reminiscent of previous ghastly war crimes, pictures produced by the Ukrainian police show a plastic box from the site filled with fragments of metal dentures and fillings.

Another image shows a gas mask beside what appears to be a burnt rag, which would be lit and prisoners made to inhale.

Mr Bolvinov said that the police were aware of the names of the servicemen who had been tortured by Russian troops there and that the investigation was ongoing. 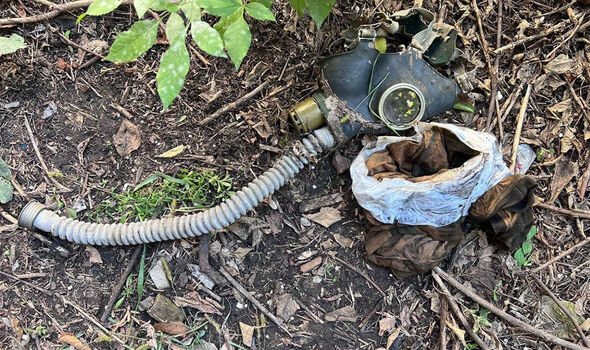 He added: “Justice will find everyone guilty.”

Ukraine’s Ministry of Defence likened the discovery to a “mini Auschwitz”.

The village of Pisky-Radkivski had largely been in Russian hands since the invasion began in February, but recent pushes by the Ukrainian armed forces against depleted and beleaguered occupying troops have made sweeping gains in the region.

In recent weeks, Russian forces have ceded large stretches of land in the Kharkiv region back to Ukrainian control as troops hastily retreated to avoid being encircled. 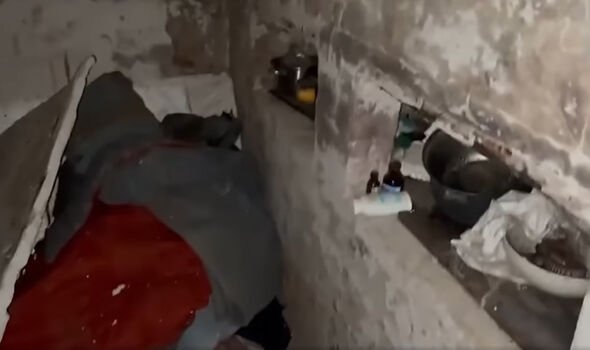 As of September 15, the two armies opposed one another along the river Oskil, but by the end of the month, Ukrainian forces had broken through the east of Izyum and recaptured land towards Luhansk.

Today, Russian forces are believed to have pulled back along the northern front, after previously relinquishing key towns such as Izyum and Balakliya.

But Putin’s apparent weakness may have pushed the deranged Russian leader to annex sections of Ukraine and pledge to defend them with nuclear weapons in a massive escalation.

The UK Ministry of Defence said in an intelligence bulletin that the Ukrainian army had advanced 12 miles beyond the Oskil river towards Svatone, in the Luhansk region. 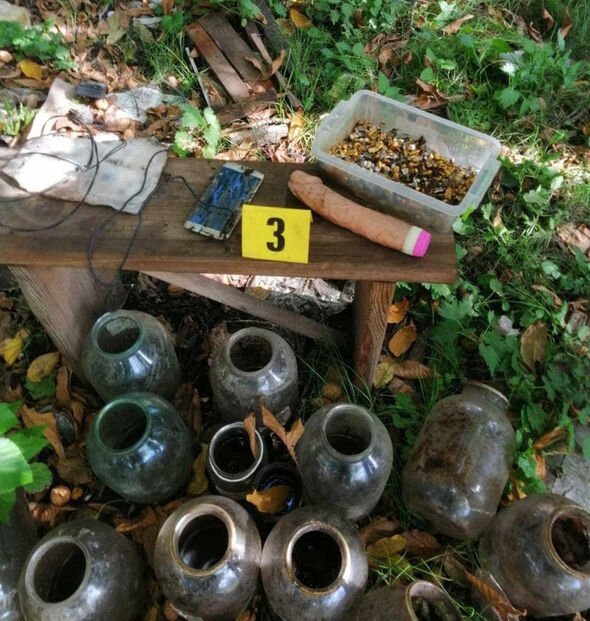 It noted: “Politically, Russian leaders will highly likely be concerned that leading Ukrainian units are now approaching the borders of Luhansk Oblast, which Russia claimed to have formally annexed last Friday.”

The Ministry of Defence believes it is now highly likely that Ukraine’s armed forces could mount an attack a main road in the region, further crippling the Russian army.