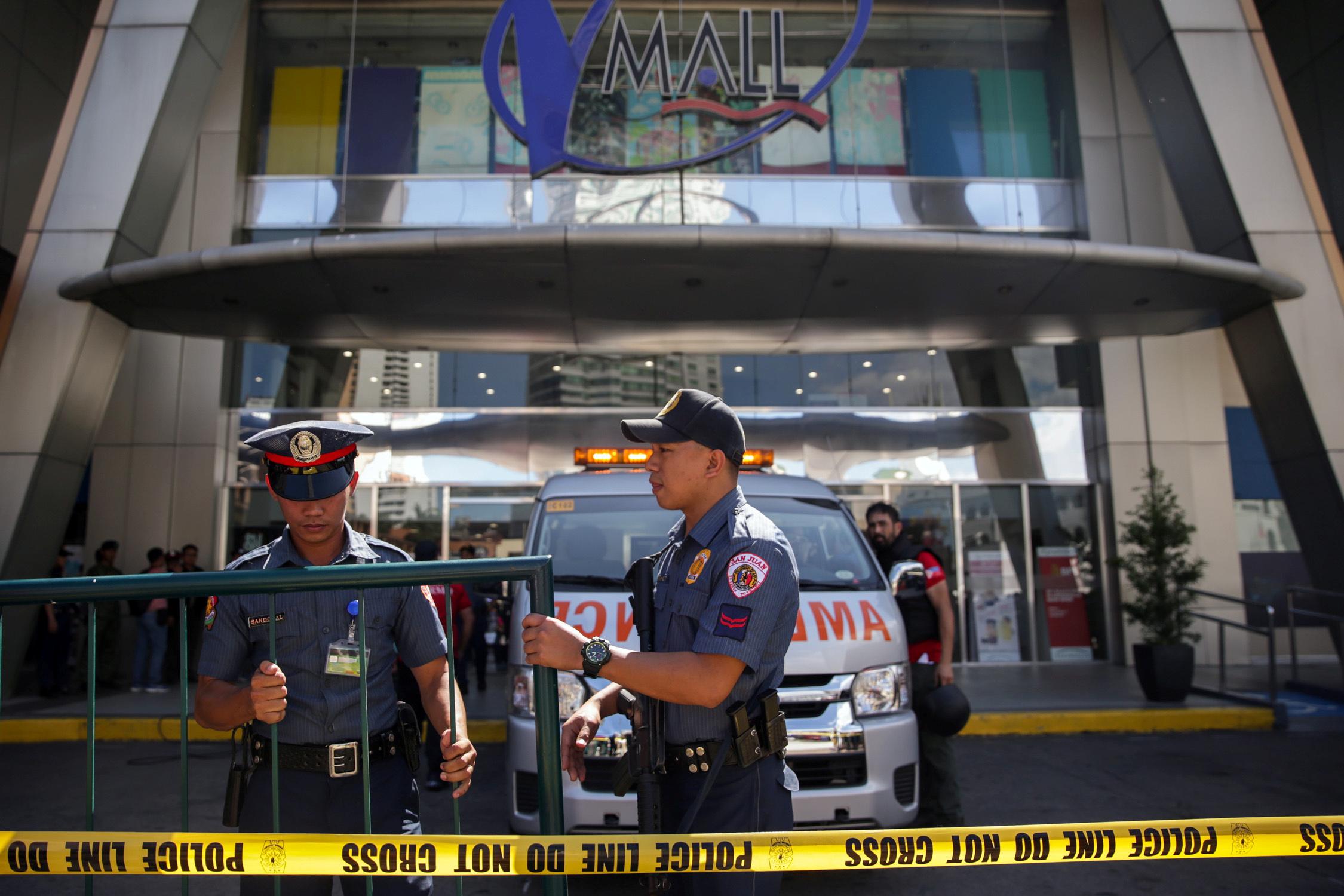 MANILA (Reuters) – A man was shot and about 30 people taken hostage on Monday by a gunman at a mall in the Philippine capital Manila, where armed police and negotiators were trying to end the standoff peacefully.

The gunman, a former security guard at the V-Mall in Manila’s San Juan City, shot a man as he entered its administration office and was holding an estimated 30 captives inside, according to city mayor Francis Zamora.

“He is carrying a pistol. He is shouting he has a grenade but we don’t have any way to confirm that for sure,” Zamora told reporters. The shot man was in hospital in a stable, he said.

A SWAT team was seen entering the four-storey mall, which has more than 100 outlets. Shoppers were evacuated and a security cordon established around it.

The gunman was sacked by the company that provides security for the mall and had tried to get other guards involved, Zamora said, adding that he was demanding to speak to his former colleagues by video call.

“He was trying to initially to get the other guards to join him for some sort of coup d’etat against the mall management,” he told news channel ANC.

Anna Alberto, whose daughter Pauline works in the office, said she was concerned about her safety.

“She is there in the office. We cannot contact her so I am worried,” she said.