MBS accepted Indian PM’s request during his Asian tour, seen as part of Crown Prince’s effort to rebuild his reputation. 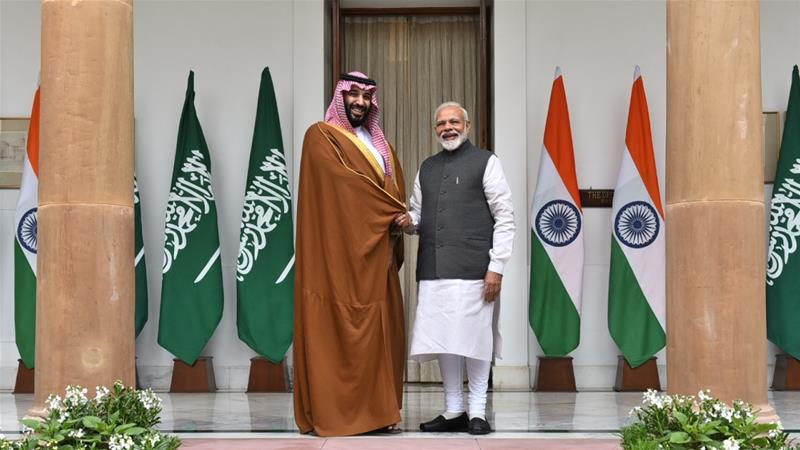 Saudi jails hold the greatest number of Indians incarcerated in any country abroad. As of January 2019, 2,224 Indians were in prison in the kingdom for crimes including murder, kidnapping, bribery, and offences related to drugs and alcohol, according to Indian Foreign Ministry figures.

The approximately 2.7 million Indians in Saudi Arabia form the largest expatriate community in the kingdom, with many working in low-paid jobs in sectors such as construction, domestic services and retailing that Saudis spurn.

“At the request of the Prime Minister Narendra Modi, His Royal Highness the Crown Prince of Saudi Arabia has ordered the release of 850 Indian prisoners lodged in Saudi jails,” India’s Foreign Ministry spokesperson said in a tweet.

On Monday, Saudi Arabia ordered the release of about 2,100 Pakistani prisoners from its jails, according to Pakistan’s information minister.

On Sunday, Saudi Arabia signed investment agreements with Pakistan worth $20bn. In New Delhi on Wednesday, MBS said he expected investment opportunities worth more than $100bn in India over the next two years.

The crown prince’s Asian tour, which will include China, is regarded as part of an effort to help rebuild his reputation abroad after the killing last October of Saudi journalist Jamal Khashoggi, a critic of the Saudi leadership.

Saudi officials have denied accusations that MBS ordered Khashoggi’s murder in the Saudi consulate in Istanbul, and have detained 11 suspects in connection with the killing.