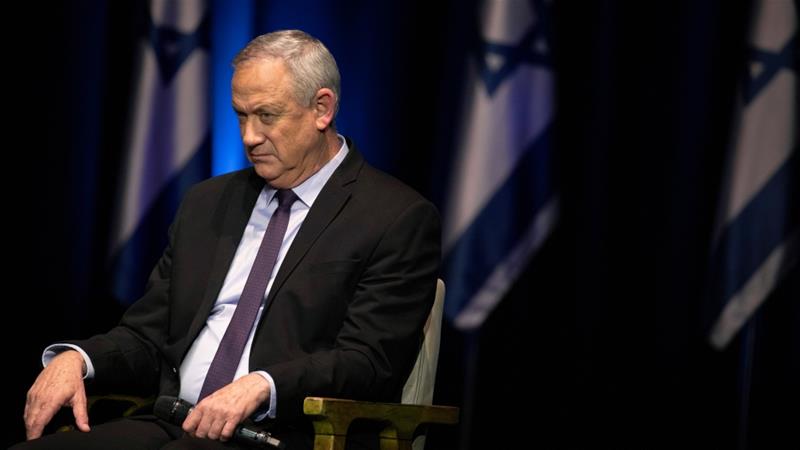 The Israeli parliament has strengthened the security detail for Benny Gantz, the main electoral challenger to Prime Minister Benjamin Netanyahu, after it deemed various death threats against Gantz to be credible.

The threats came in the wake of last week’s volatile and inconclusive election, in which Netanyahu was unable to capture the parliamentary majority needed to form a government.

Gantz revealed that a man tried to assault him on Saturday evening as he arrived at a speaking engagement, and that Netanyahu supporters had been threatening him online.

One post called for Gantz to be murdered just like former Prime Minister Yitzhak Rabin, who was assassinated by a Jewish ultra-nationalist in 1995.

Another portrayed him and his fellow party leaders in Arab headdress, similar to images that circulated of Rabin before he was killed.

‘Won’t allow you to sow fear’

In his comments, Gantz promised to unseat Netanyahu with a more worthy leadership and warned the prime minister to tamp down his divisive rhetoric before it was too late.

“Netanyahu, the pubic atmosphere and the threats worry every national leader,” he said. “The incitement is raging everywhere and you are silent.”

“Your regime has trampled all norms.”

Netanyahu’s Likud emerged as the biggest party with 36 seats, against 33 for Gantz’s centrist Blue and White alliance.

But the Netanyahu-led bloc won a combined 58 seats in Israel’s 120-seat Knesset, three short of a majority. Gantz’s bloc won 55.

Netanyahu had been desperate for a strong showing in advance of his trial on corruption charges, scheduled to start on March 17.

He denies wrongdoing, saying the charges have been trumped up by a liberal media and a justice system looking to depose him.