Myanmar soldiers have admitted to their involvement in the massacre of the Rohingyas for the first time.

In video testimony recorded by rebel militia, two members of the Tatmadaw, Myanmar’s military, spoke about carrying out orders to exterminate Rohingya men, women, and children before burying the bodies in mass graves.

It is the first time members of the country’s military have confessed to mass killings since an army crackdown in 2017, which UN investigators described as a genocidal campaign against the Muslim minority. 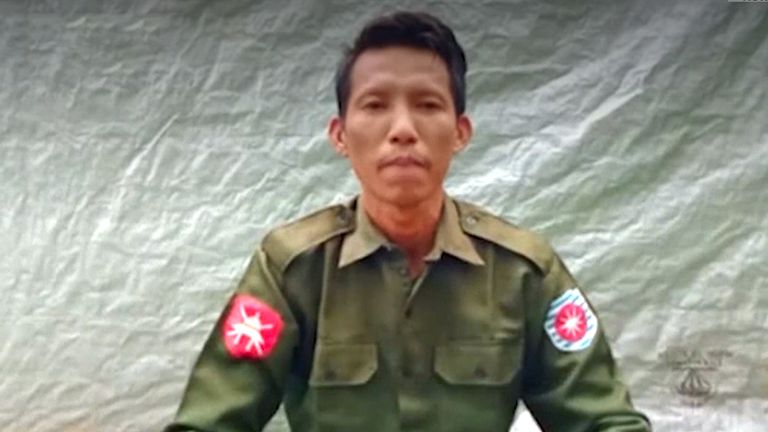 It forced an estimated 730,000 people to flee the predominately Buddist country into Bangladesh.

In his video testimony, Pvt Myo Win Tun, a soldier in the 565th light infantry battalion, admitted to carrying out orders to “shoot all that you can see and all that you hear” before dumping 30 bodies near a cell phone tower.

He said: “We also raped Muslim women prior to shooting them.

“There were the corporals, sergeants, and officers who raped Muslim women. I also raped one time.

“The Muslim men were shot on their foreheads and kicked into the grave.”

He said the same colonel who gave his unit the original orders, Col Than Htike, told the troops “to exterminate all” Rohingyas. 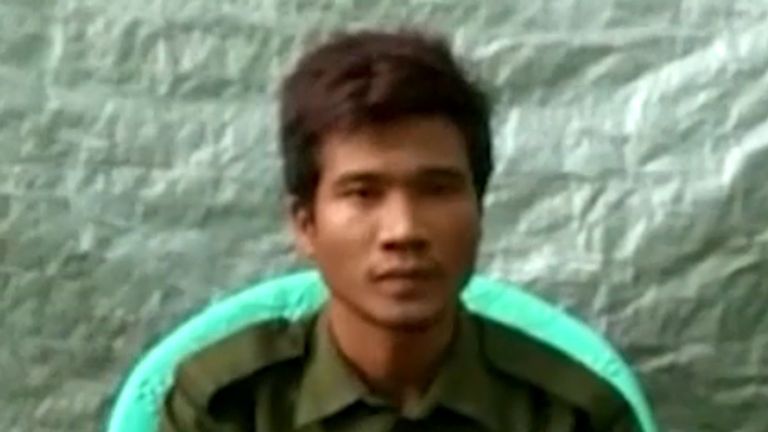 He gave his testimony alongside another Pvt Zaw Naing Tun of the 353rd Light Infantry Battalion, who was deployed to a nearby township.

His unit of roughly 80 troops was told “to kill all, irrespective of children and adults”.

He also admitted to abducting 10 unarmed Rohingyas, tying them up with ropes, killing them and discarding their bodies in a mass grave.

The pair’s testimony was filmed by a rebel militia.

It echoes eyewitness accounts from survivors and could aid proceedings at the International Criminal Court.

The court has held a series of hearings into whether military officials committed crimes against the Rohingyas.

Matthew Smith, chief executive of Fortify Rights, a human rights group, told NBC news: “This is the first time that Myanmar soldiers are coming forward in this way.

“This is the crack in the armour of impunity in the history of the Myanmar army’s campaign against the Rohingya and other ethnic nationalities.

The two men fled Myanmar last month and have been transported to The Hague where the International Criminal court is located, the New York Times reported.

According to the United Nations, about 200 Rohingya villages were razed from 2017 to 2019.

An investigation by the UN concluded military leaders in Myanmar should be prosecuted for genocide and other crimes against humanity including murder, rape, torture, enslavement and persecution.

Myanmar has denied any wrongdoing against the Rohingyas.

Last year West African state The Gambia brought a case against Myanmar in the International Court of Justice.

Myanmar’s leader and winner of the Nobel peace prize Aung San Suu Kyi attended a hearing to defend the country against accusations of genocide.