There is a tension in Jerusalem of a kind not felt for five years.

There’s always an underlying unease in this city of two halves and two different cultures; a place where one group exerts control over the other and claims all the land as its own.

But the past night at the Damascus Gate into the Old City provided yet another glimpse of just how fragile the situation is right now.

It began calmly. As the sun went down and the Ramadan fast for the day came to an end, Palestinians gathered on the steps down to the gate itself.

For generations it has been a tradition for families to mingle, eat, drink and smoke. For a little while, the Israeli police watched on from the top of the steps. But then, with no warning and no initial provocation from the Palestinians, the mounted officers arrived followed by the water cannon. 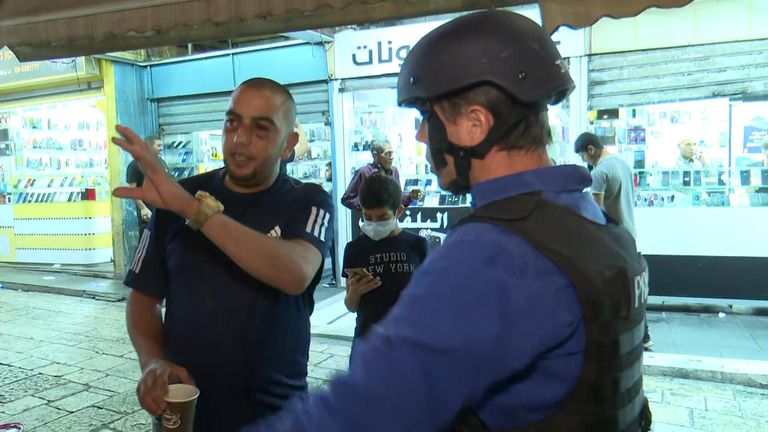 Some of the younger Palestinians shouted abuse at the police. A few plastic water bottles were thrown, and then the police responded. It was a very blunt method of controlling a crowd that didn’t need controlling until they turned up. The horses charged and the water cannon was deployed, spraying water laced with a rancid chemical. Known as ‘skunk’, it takes days for the stench to be removed from skin, clothes and anything else it hits.

I watched as it sprayed the very few Palestinians who were lobbing water bottles. Then it aimed at the people who had gathered on the steps. Then a group of young children standing next to the Old City wall. Then a few fruit stalls on the adjacent street.

All this was followed by the bangs of stun grenades. This has happened numerous times since Ramadan began just under a month ago.

Physiotherapist Ahmad Farrah tells me: “It would not be like this if they were not here. When they stay here, the problems will continue.”

“So if they stay in West Jerusalem, there would be no problem?” I ask.

Ahmad has two black and bloodshot eyes. He shows me photos of the police pushing him to the ground four days earlier. 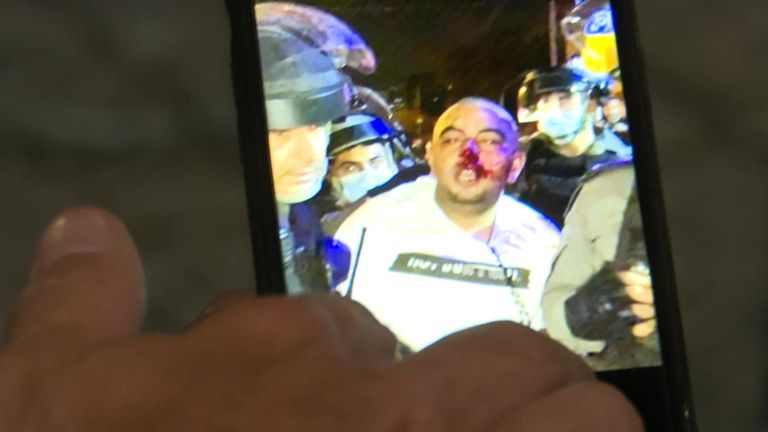 A confluence of events

More than 200 Palestinians have been injured in Jerusalem over the past week. The police tell me that about 20 of their officers have also received injuries.

There are a number of reasons why the situation has spiralled over the past few weeks. A decision, by the Israeli police, at the start of Ramadan to barricade the seating area outside the Damascus Gate caused initial tension and forced a u-turn by the police commander.

Ramadan this year comes during a fierce heatwave in a pandemic in which Palestinians have been disproportionally hit. But it runs much deeper than that.

Israeli hard-line nationalism has been emboldened by politicians desperate to hold onto power. Israeli settlement expansion in the Palestinian West Bank is happening at unprecedented levels.

Then there is the issue of Sheikh Jarrah, the East Jerusalem neighbourhood where Palestinian families are fighting a court battle with Jewish settlers who want to take their homes, claiming the land is historically theirs.

Backed by powerful Jewish lobbies and an Israeli court, the settlers have demanded the Palestinians leave the land because it was owned by a Jewish religious association before 1948. A 1970 Israeli law allows Jews to reclaim land and property in East Jerusalem but no equivalent law exists for Palestinians whose land has been taken by Israelis since the State of Israel’s formation in 1948.

Israel captured East Jerusalem from the Jordanians in 1967 and annexed it as their own but most of the international community considers it to be occupied land and the attempted seizures part of a process to systematically change the demographics of the city in favour of Jews. The issue and the current tension in Sheikh Jarrah goes to the heart of the conflict. 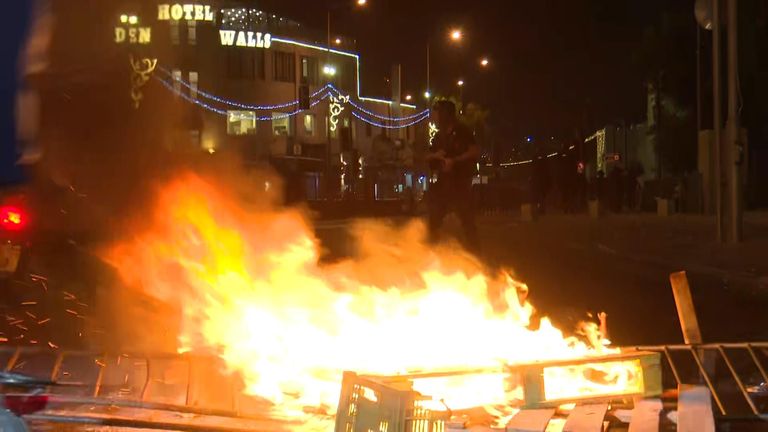 Today is Jerusalem Day – marking the moment in 1967 when Israel took control of the city. Hundreds of nationalist Israelis will march, flags in hand, through the Old City and its Muslim quarter. It is a show of patriotism for them but it’s a provocation for the Palestinians. The Israelis will be given access to what they call Temple Mount – the holiest site in Judaism which, because of the layered history here, is also the location of the Al Aqsa mosque, Islam’s third most revered site.

On Friday, the courtyard outside the mosque was the scene of very troubling confrontations between police and Palestinians who resented their presence there. At one point Israeli stun grenades ended up inside the mosque itself.

The tension has spread to Gaza, where the militant Hamas organisation, in “solidarity with their brothers in Jerusalem”, has fired rockets into southern Israel.

The Israeli-Palestinian conflict is decades old. Generations of stubborn politicians on both sides have been unable to resolve it. Generations of diplomats from around the world have arrived presuming they could do what others before them could not. A decade of relative calm in the region has created a mirage of a situation that can be “managed”.

But the past month of tension is a reminder that management just obscures the reality.

The first and second bloody intifadas (Palestinian uprisings) started like this. There is talk now of the prospect of a third. It’s in almost no one’s interests and so calm will hopefully be restored soon. But the worrying elements are all there.