With blustery showers continuing on Monday and Tuesday in the aftermath of Storm Dennis, and chilly starts predicted on Wednesday and Thursday morning there’s a good chance of snow falling this week.

Will it snow near you?

The Met Office said: “Blustery showers will continue through the day on Monday and Tuesday, particularly in the west, these showers are likely to fall as snow over higher ground especially in Scotland over 200m in elevation.”

The latest weather maps back that up with snow expected in the Highlands on Wednesday and Thursday.

On those same days parts of northern England are also showing the possibility of snowfall across the north-east and around Cumbria. 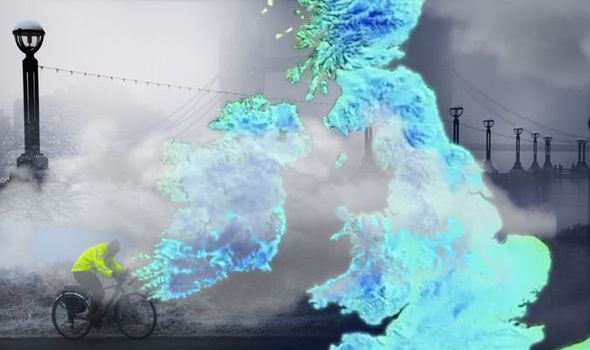 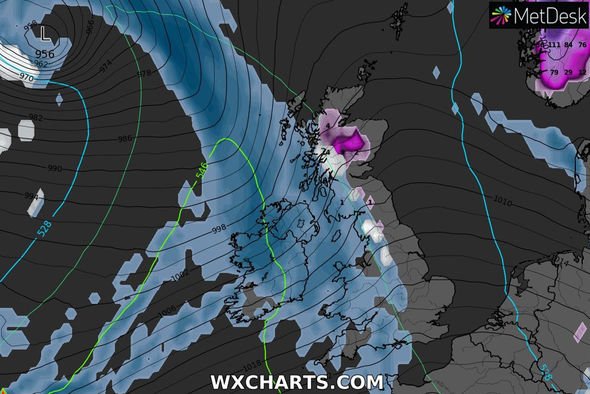 Again the Highlands look braced for snow on Saturday but the rest of the UK will be spared.

Sunday is no different when it appears the risk of snow is even more likely in Scotland than the previous day.

That trend continues into Monday where a band of snow covers Northern Ireland.

Snow then stretches across the Irish Sea towards Dumfries, over the Pennines, Newcastle and Middlesbrough. 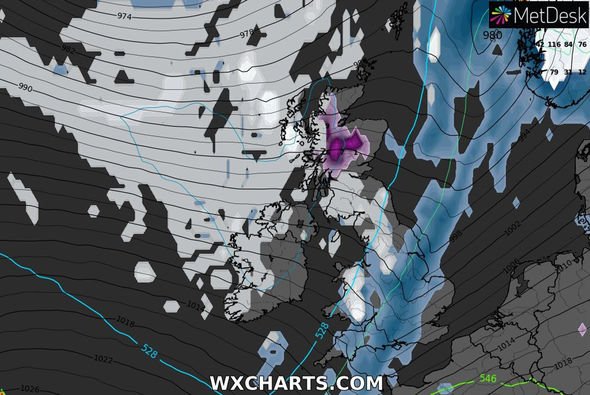 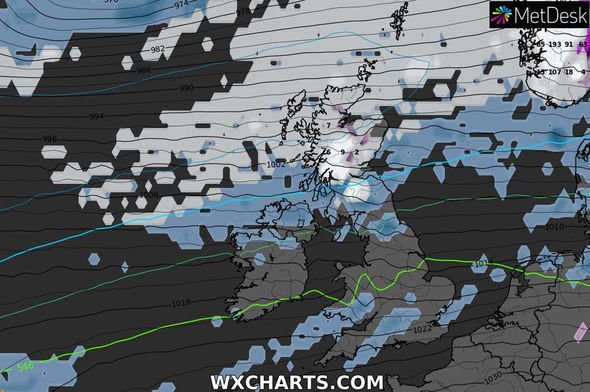 The Met Office’s forecast for the week says: “On Tuesday, Another windy day with a mixture of sunny spells and blustery showers.

“Showers will be heavy at times, occasionally with hail and thunder and over hills showers will also be wintry. Feeling chilly.

“Early evening showers will gradually become confined to the far north of Scotland.

“Colder than last night with a touch of frost. Rain then into Cornwall by dawn.

“On Wednesday it will be a cold, bright start for most but early cloud and rain over Cornwall will spread eastwards.

“Rain then turns heavy at times over high ground in the west later. Turning windier.

“The outlook for Thursday to Saturday is rain, some heavy, spreading east then blustery showers Thursday. 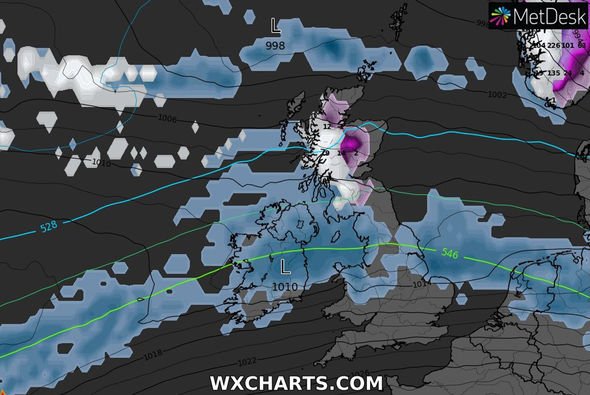 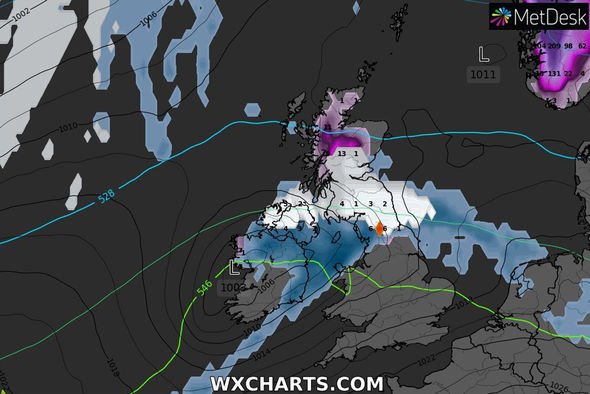 Earlier today, a Met Office snow and ice warning was in effect for parts of the country.

They warned snow showers and icy surfaces may lead to some travel disruption during Tuesday morning.

Some roads and railways around the area were likely to be affected with longer journey times by road, bus and train services expected.

Some icy patches were expected on some untreated roads, pavements and cycle paths.

There are yellow rain warnings already in place across Wales and have been extended to include parts of northern England.

The warning now includes Blackburn with Darwen, Cumbria and Lancashire

The yellow rain warning is in place between 6pm on Wednesday until 3pm on Thursday.

The Met Office said: “An Atlantic weather system arriving on Wednesday is expected to bring a further spell of rainfall which is likely to become particularly prolonged over areas of high ground.”