Maps from WXCharts reveal flurries of snow will fall across parts of Scotland next week, in an area between Fort William and further north towards Inverness, early next Saturday morning. According to the forecast, snow will fall from around midnight on Friday, and continue throughout the following week.

The early hint of the Christmas season is expected to remain in the area for about a week on the highest parts of the mountains.

For the rest of the UK, the Met Office predicts heavy rain. The weather agency added that much of next week will be dominated by “changeable” wet and windy weather.

Alex Deakin in the Met Office’s 10 Day Trend, said: “What we look to be left with through next week is a similar pattern to what we’ve got now, with low pressure systems mostly to the north and areas of high pressure to the south and a reasonably active jet stream pushing everything along.” 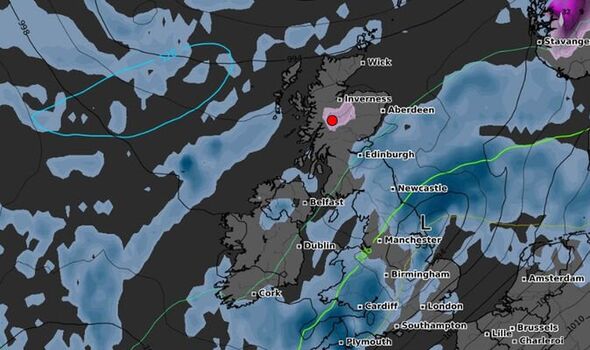 While most Brits won’t see snowfall this month, early predictions suggest this winter will be particularly cold.

La Nina marks an extreme cooling of sea waters around the coast of South America, and can affect global weather patterns. It is the counterpart of El Nino— a warming of South American coastal waters—and can weaken the UK winter storm season, driving dry and settled conditions.

La Nina happens when strong trade winds–the easterly prevailing winds in the tropics–pull Pacific sea water towards Indonesia. This causes cooler water to pool off the coast of South America, helped by the strong currents off the Peruvian coast. 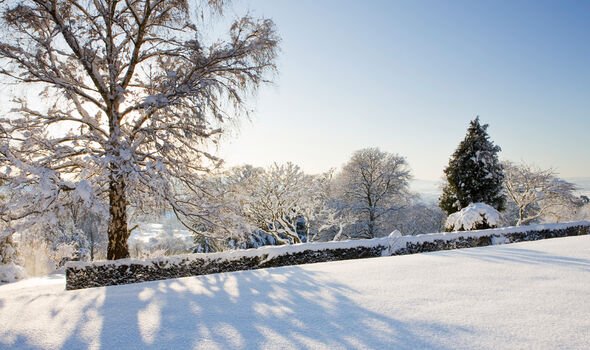 The trade winds strengthen as part of the El Nino Southern Oscillation (ENSO)–the balance of high pressure near Peru and low pressure on the other side of the Pacific, near Indonesia.

The official ECMWF long-range forecaster, Nick Finnis, wrote in his Netweather blog that the jet stream appears to be diverting further south for November, December and January – meaning the British Isles will be exposed to cold “polar air”.

Warnings have been issued indicating that original predictions of a warm month have changed, due to the jet stream being diverted. 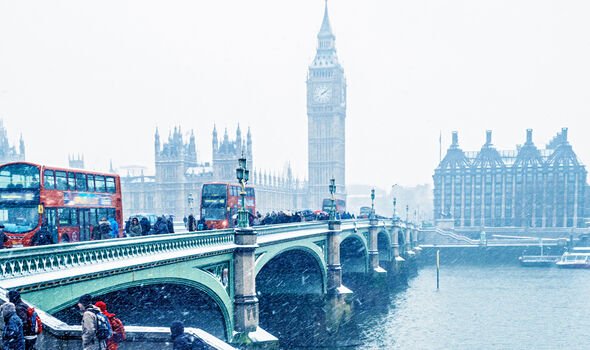 “This would mean the jet stream and storm track diverted further south than average, leading to a greater chance than normal of colder spells for northern Europe, including the UK during November, December and January.”

Flood warnings have also been issued, with heavy rain and strong winds forecasted for the north of England.