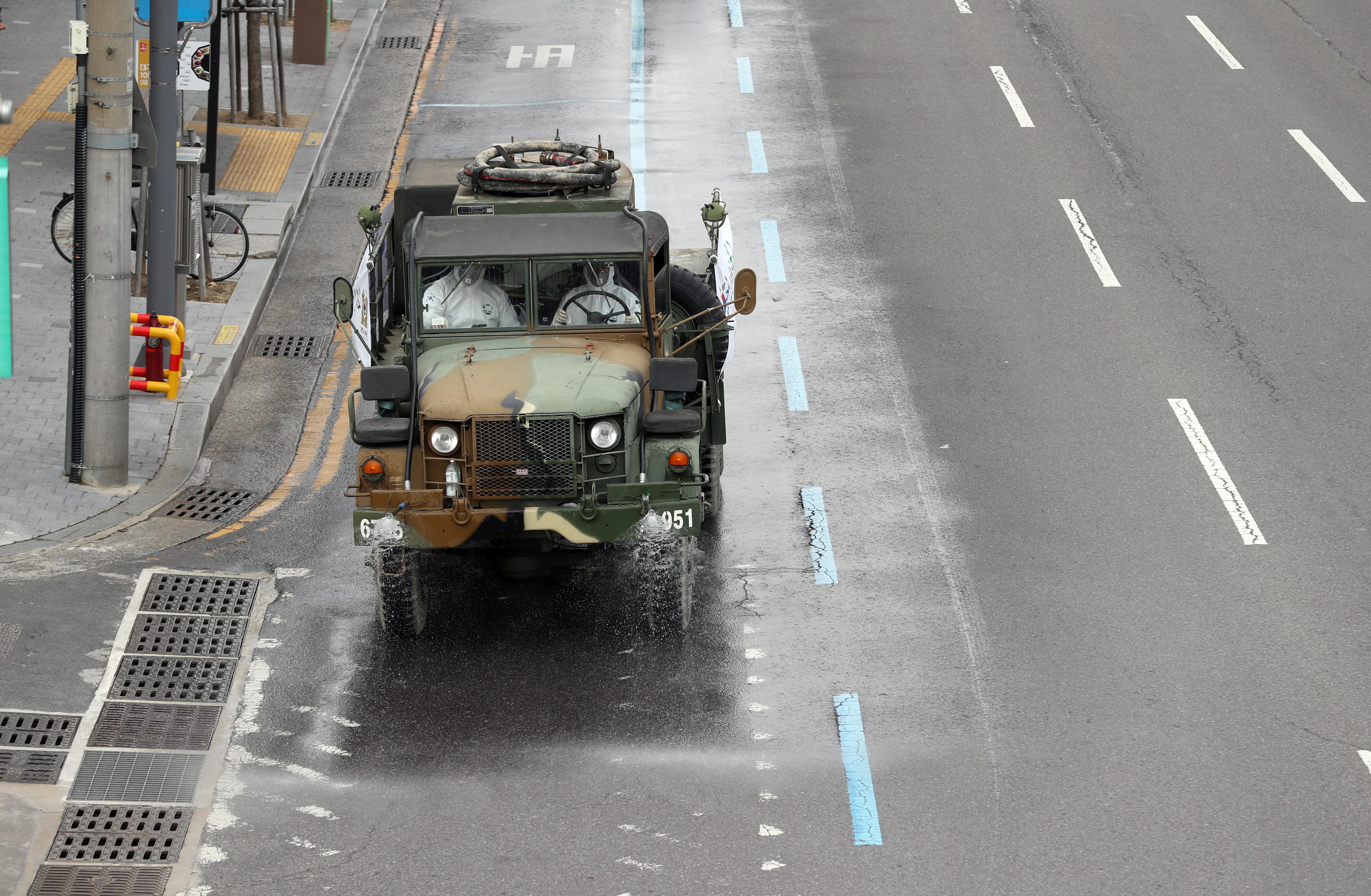 SEOUL (Reuters) – South Korea and the United States will postpone joint military drills until further notice, defense officials in Seoul said on Thursday, amid a growing coronavirus outbreak in South Korea that has now infected soldiers from both countries.

The U.S. military reported its first case of the coronavirus on Wednesday, in a 23-year-old soldier based in Camp Carroll, about 20 km (12 miles) from Daegu, where most of the country’s 1,595 cases have been reported.

The South Korean military has also reported a number of infections, and has confined most troops to their bases.