SEOUL (Reuters) – Churches were closed in South Korea on Sunday, with many holding online services instead, as authorities fought to rein in public gatherings as 586 new coronavirus infections took the tally to 3,736 cases.

That came a day after the biggest daily jump of 813 cases in South Korea’s battle with the largest virus outbreak outside China, the Korea Centers for Disease Control and Prevention (KCDC) said. The death toll rose to 20, up from 17 the day before.

In Seoul, the capital, about a dozen worshippers were turned away from the Yoido Full Gospel Church, which put a sermon for its 560,000 followers on YouTube, filmed with a small choir instead of all 200 members and 60-strong orchestra.

“I had heard there would be no service, but just came to check as I live nearby, but yes, it is so empty,” said Song Young-koo, as he left South Korea’s biggest church.

“It’s a wise decision to do it online, since the virus would easily spread at mass gatherings and churches can be no exception.”

Authorities have warned of a “critical moment” in the battle against the virus, urging people to refrain from attending religious services and political events and stay home this weekend.

Of the new cases, 333 were from the southeastern city of Daegu, the location of a church at the center of the outbreak, and 26 from the nearby province of North Gyeongsang, KCDC said.

The agency said some church members in January visited the central Chinese city of Wuhan, where the disease emerged late last year, adding it was investigating to determine if the trip played a role in the outbreak.

“We’re tracing back how many members had gone to China,” its deputy director, Kwon Jun-wook, told a briefing.

“Our top priority is to find out how the coronavirus has been transmitted so widely among the Shincheonji followers,” he added, in a reference to the church involved. 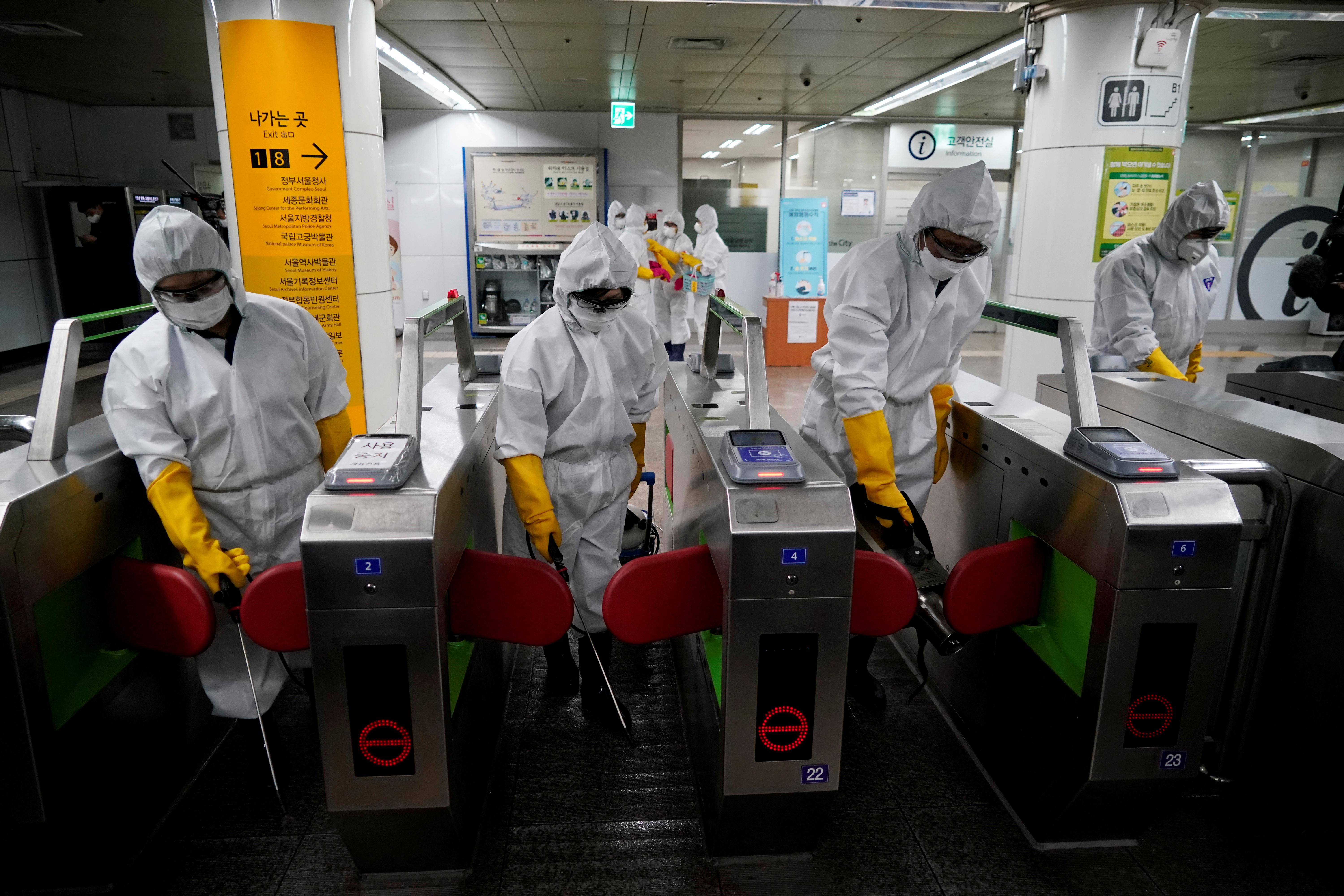 The numbers of cases was likely to continue growing in early March, he added, pledging greater efforts to rein in key infection sources.

The church’s founder and chairman, self-proclaimed messiah Lee Man-hee, was tested for the virus on Saturday and is awaiting results, the Yonhap news agency reported on Sunday, citing a church official.

Calls by Reuters to the church’s headquarters in Gwacheon, just south of Seoul, went answered.

But the church issued a statement later on Sunday reiterating calls for an end to “stigmatization, hatred and slander” against its followers, saying it was cooperating with the government’s efforts to contain the outbreak.

At a news conference in Seoul a group of doctors and chiefs of public hospitals urged the government to combat a shortage of beds by assigning them to the critically ill, after two patients died in self-quarantine at home.

President Moon Jae-in called for unity and vowed greater efforts, including an extra budget, to fight the outbreak, in a speech.

“The outbreak can threaten our lives temporarily, but it cannot break our unity and hope,” he said.

Moon proposed joint efforts with North Korea to prevent an outbreak in the neighbor and improve healthcare.

North Korea has not confirmed cases, but has ordered a month in quarantine for those with symptoms, while state media said leader Kim Jong Un held a meeting on tougher measures.

In a statement, the foreign ministry said Foreign Minister Kang Kyung-wha asked Washington to avoid “excessive action that could needlessly shrink exchanges between both countries,” during a telephone call with U.S. Deputy Secretary of State Stephen Biegun on Sunday.

The request came after the United States advised Americans not to travel to hard-hit regions, such as Daegu.