SEOUL (Reuters) – The leader and self-proclaimed messiah of a South Korean religious movement at the center of the country’s largest coronavirus outbreak on Friday called the disease the “devil’s deed” and a test of faith. 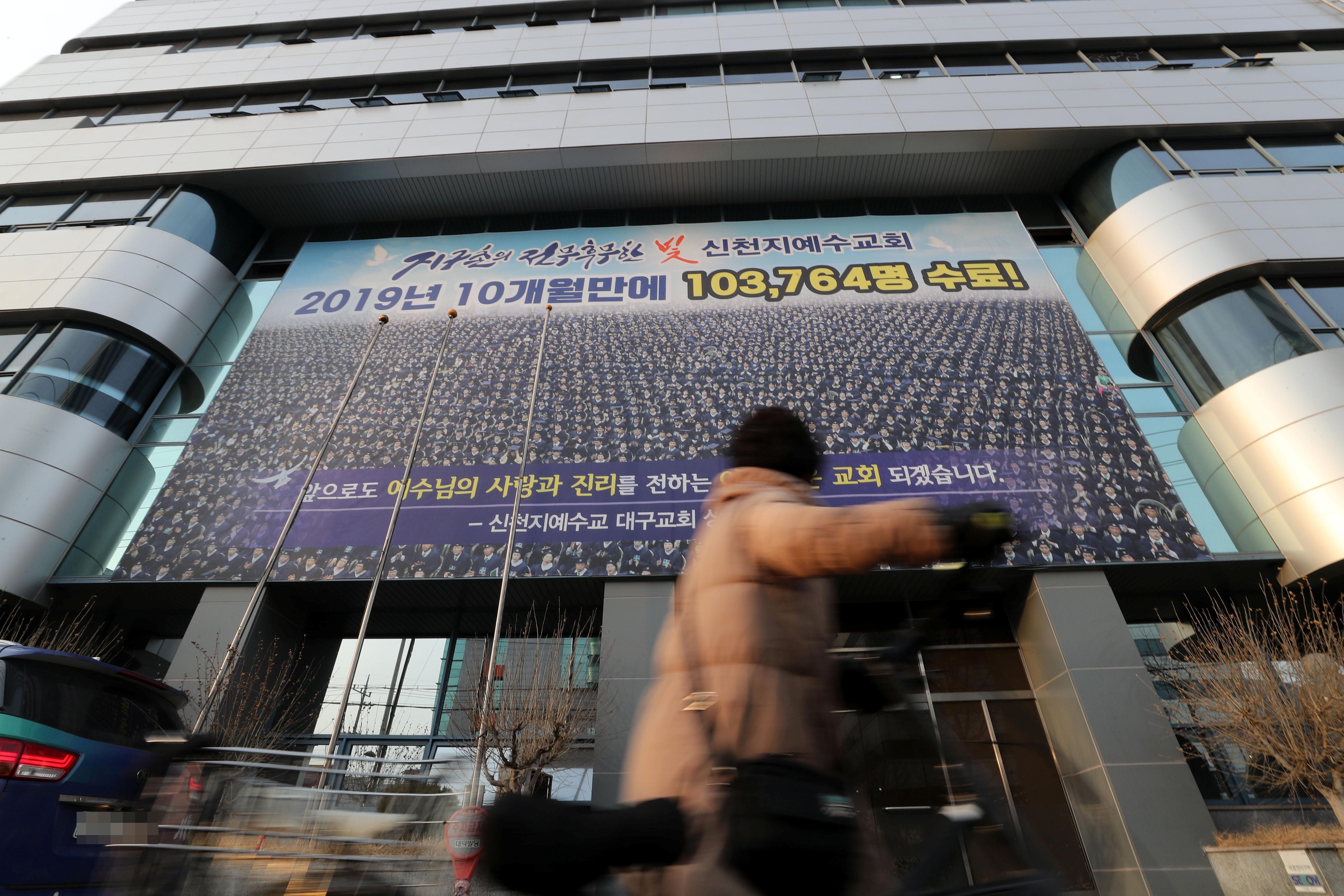 Lee Man-hee sent the message on an internal app used by members of the Shincheonji Church of Jesus the Temple of the Tabernacle of the Testimony, which he founded in 1984.

“This disease case is seen as the devil’s deed to stop the rapid growth of Shincheonji,” he wrote in the message, images of which were published by Yonhap news agency. “Just like the tests Job went through, it is to destroy our advancement.”

South Korea reported 52 new confirmed cases of the coronavirus on Friday, taking the national total to 156, the majority in Daegu, the country’s fourth-largest city with a population of 2.5 million.

Of the national tally, 111 patients are from Daegu or nearby. Most have been traced to an infected 61-year-old woman known as “Patient 31” who attended services at a branch of the Shincheonji Church in recent weeks.

As of Friday more than 400 members of the church are showing symptoms of the disease, though tests were still ongoing, Daegu Mayor Kwon Young-jin said at a briefing. Officials in Seoul said they were closing Shincheonji churches there.

South Korean President Moon Jae-in called for officials to closely investigate the church services, as well as a funeral service at a hospital in nearby Cheongdo County that was attended by many church members and is now the site of another cluster of cases.

That hospital was also home to the first coronavirus patient to die in South Korea, though officials were still seeking to confirm his exact cause of death.

“We need a thorough investigation on the church and the funeral attendees,” Moon said.

Lee called on his followers to obey instructions from government authorities and to avoid holding meetings.

“The victims of the disease now are the Shincheonji believers,” he said. “Let’s also overcome this trial.”

Health authorities have described the outbreak in Daegu and the surrounding areas as a “super-spreading event”.

South Korean officials on Friday designated two areas as “special care zones” while troops were confined to their bases in an effort to contain the spread of the virus.

Malls, restaurants and streets in Daegu were largely empty with Kwon, the mayor, calling the outbreak an “unprecedented crisis”.

He said the city would ban any kind of mass gathering and repeated a request for residents to stay at home.

Many of South Korea’s initial patients have recovered, but the sudden and rapid spread in recent days has created alarm because there are a still many important unknowns surrounding the virus. It can cause pneumonia, which has been deadly in some cases.

In Seoul, city officials said they would not allow any of the large protests and demonstrations that are often held on the weekends, Yonhap reported.

After several military members tested positive for the virus on Thursday, Defence Minister Jeong Kyeong-doo decided to ban all soldiers from taking leave, leaving their barracks, and receiving guests.

Some exceptions would be made for family emergencies or for soldiers at the end of their military service, the ministry said.