SEOUL (Reuters) – South Korea’s President Moon Jae-in said on Monday he was increasingly confident the country would overcome the coronavirus as the rate of new infections continued to drop, although authorities noted another large cluster had emerged in the greater Seoul area. 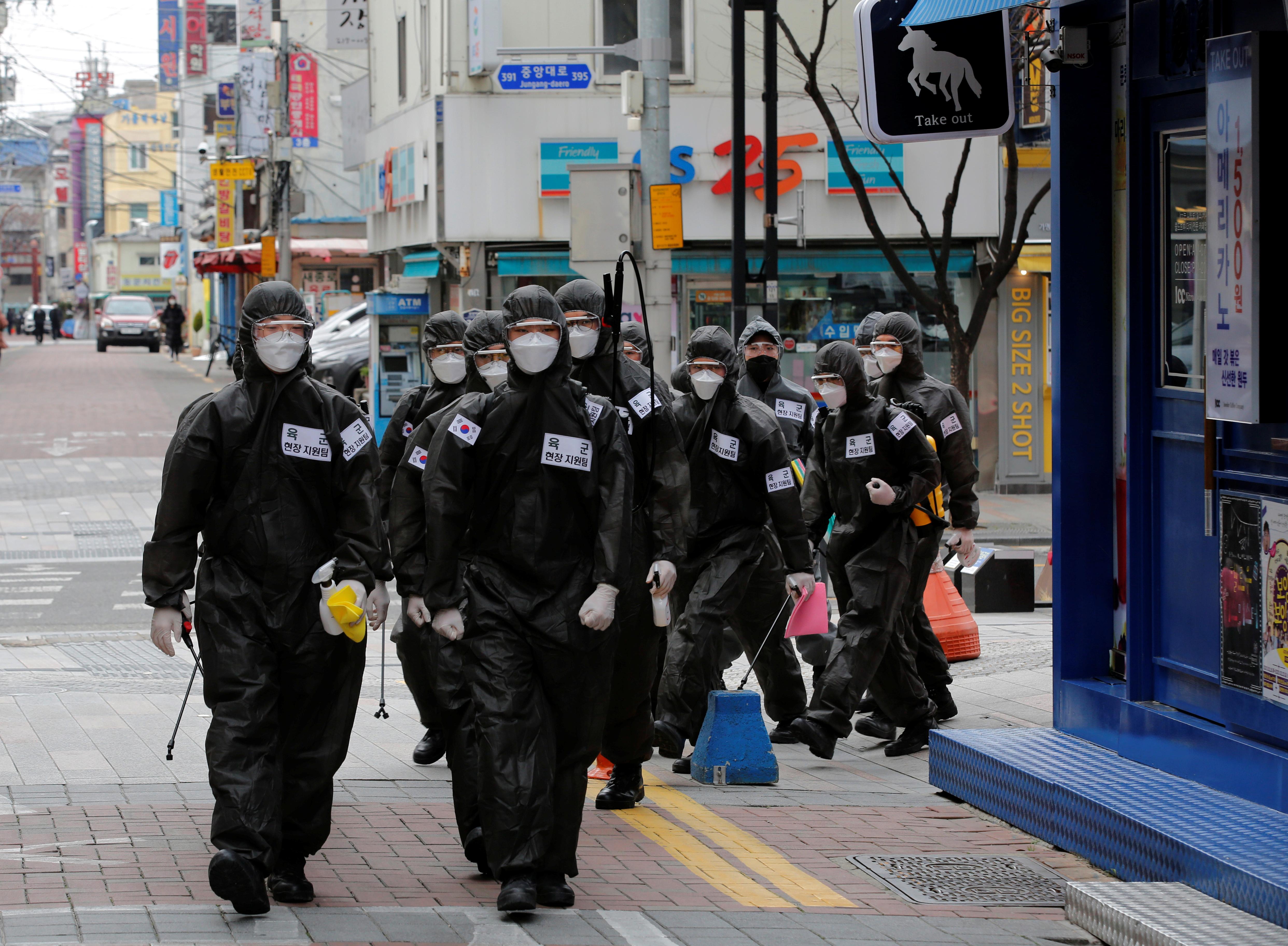 There were 74 new coronavirus infections reported on Monday, down from 76 on Sunday and marking the second day in a row that the number has been below 100. That is well below a Feb. 29 peak of 909.

South Korea has 8,236 confirmed infections – the highest number in Asia outside China – while 75 people have died, according to the Korea Centers for Disease Control and Prevention (KCDC).

Another 303 patients have been released after recovering, bringing the number of those who have gone home to 1,137, it said.

“Unless there are unexpected developments, we expect this trend will also gain momentum,” Moon said during a meeting with health officials at Seoul city hall. “Our confidence that we can overcome COVID-19 is growing.”

Both Moon and other officials warned against complacency – their remarks coming on the same day that central bank, in a bid to soften the economic impact of the virus, cut its benchmark interest rate by 50 basis points in an emergency meeting, taking it below 1% for the first time in history.

“For three straight days we have seen more numbers of discharged than newly confirmed, but we should not forget the lessons we’ve learned,” Vice Health Minister Kim Gang-lip told a briefing.

There were new clusters from unknown sources in cities other than the hardest hit city of Daegu, Kim said, adding: “This implies the coronavirus is spreading across the country.”

In the Seongnam city, south of Seoul, at least 46 members of a Protestant church have tested positive, including the pastor, after services on March 1 and March 8, despite government calls to cancel mass gatherings.

“We have traced 46 confirmed patients linked to the church in Seongnam city since March 9. We are still investigating who those patients had contact with,” KCDC chief Jeong Eun-kyeong told reporters.

Forty other people who came in contact with infected church members also tested positive, he said, noting the cluster was the second-largest in the Seoul metropolitan area.

Kim urged people to avoid mass gatherings and adopt “social distancing” measures. “We should not let our guard down,” he said.

This week, South Korea adopted tougher border checks for visitors from Europe, similar to its rules for travelers from China and Iran.

On Sunday, it classified the worst-hit provinces as “special disaster zones”, allowing the government to subsidize up to half of restoration expenses and exempt residents from taxes and utility payments.