Clement Beaune made the comment on Twitter whilst promoting an interview he’d given to the France 2 TV channel. However he was rebuked by Charles-Henri Gallois who runs Generation Frexit, a group campaigning for France to follow Britain out of the EU.

Mr Beaune commented: “I have one regret: there was no Europe of health at the start of the crisis.

“I am for a European Union for health, so that we have common decisions, which allow us to react quickly and together!”

France is currently under strict lockdown as it battles a third wave of coronavirus.

In response to the Europe minister, Mr Gallois posted: “Are you going to stop taking people for fools? 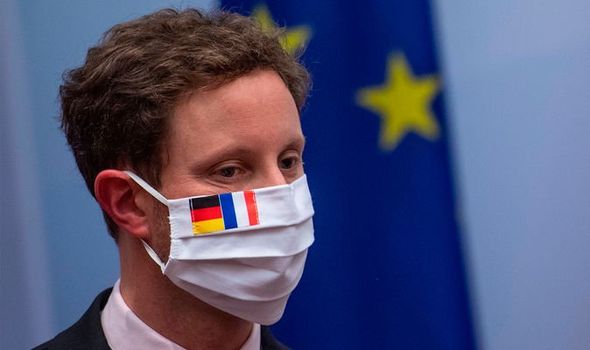 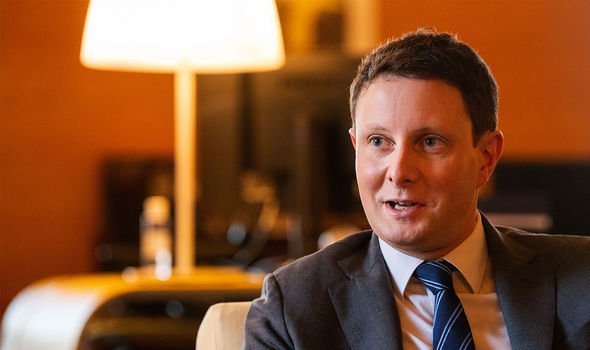 “On the contrary, it is the EU and its ideology that are the cause of the fiasco.”

Mr Gallois listed the areas he believes Brussels failed over as “destruction of the public hospital”, “catastrophic vaccine supply”, “deindustrialisation” and “borders”.

France is lagging significantly behind the UK on its coronavirus vaccination programme.

The country has given at least one jab to 16.5 percent of its population, as opposed to 48.5 percent for the UK. 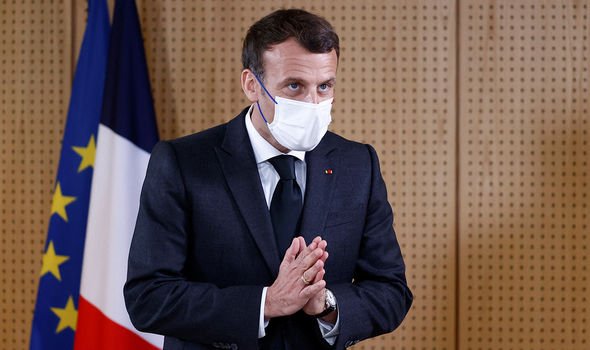 Only 5.7 percent of French residents are fully vaccinated, having received two jabs, versus 12.8 percent for Britain.

France handed responsibility for purchasing coronavirus vaccines to the European Commission, which has been fiercely criticised for its sluggish response.

Concern is also growing about the spread of new Covid-19 variants that are believed to be more vaccine-resistant.

On Tuesday the French government suspended all flights between France and Brazil as a precaution. 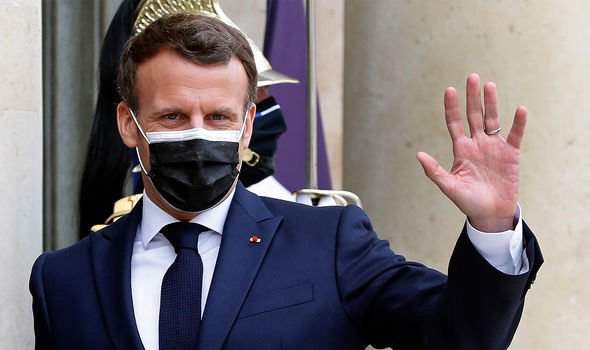 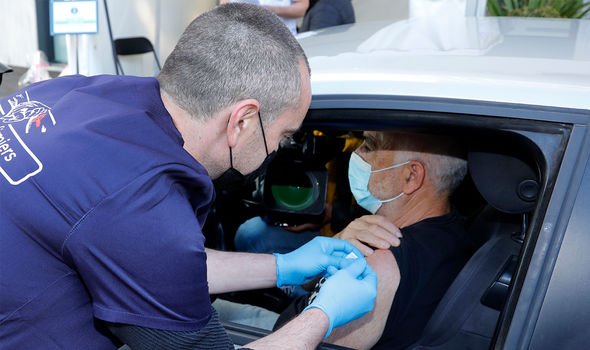 Since the pandemic began 99,000 people have died in France from coronavirus.

The country has recorded 5.1 million cases, the highest figure in Europe.

During this time schools and non-essential shops will be closed.

French residents are banned from travelling more than 10km from their homes for non-essential reasons.

Mr Macron had repeatedly rejected calls for a third lockdown, and the U-turn has seriously damaged his popularity. 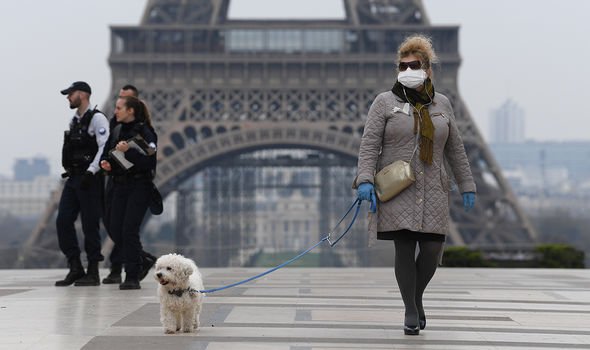 Ms Le Pen has pledged to regain control of France’s borders if elected.

France is one of the EU’s most important members and a Eurosceptic victory would be a disaster for the European project.