Storm Ellen is next on the list of potential severe storms to batter the UK, not long after storms Dennis and Ciara have left British shores. While the Met Office is yet to reveal whether there is an incoming storm on the horizon, forecasters have noted incoming severe conditions for parts of the UK.

Parts of Wales and the midlands have reported rapidly rising rivers, which have spilled into local areas, causing widespread flooding.

While some areas are recovering, it may not be the last of severe weather this month, as forecasters have noted extreme weather developing elsewhere.

Experts with Severe Weather Europe have kept a keen eye on conditions developing over the continent, with an “explosive” system on the horizon. 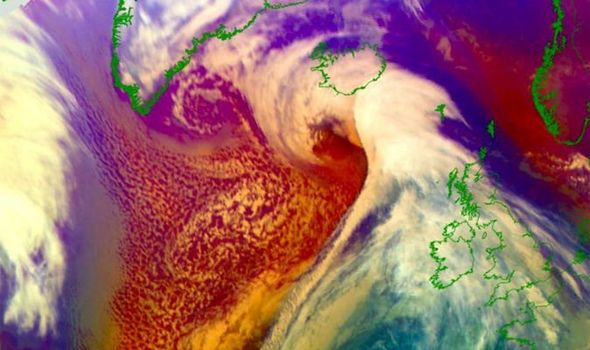 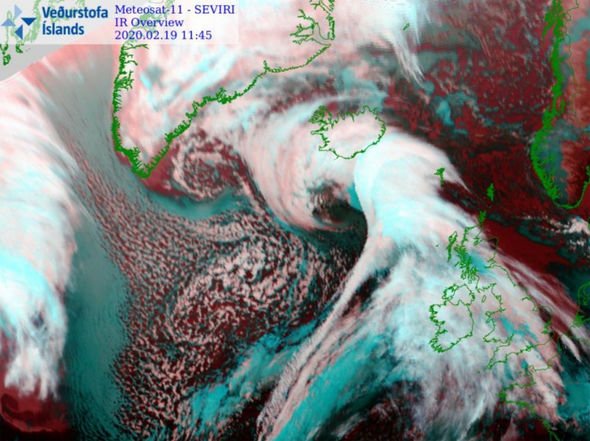 They have observed a potential “bomb cyclone” developing over northern Europe which could cast severe conditions over a “broader area”.

They said: “A rapidly developing extra-tropical cyclone is looking more impressive on the satellite, gradually developing hurricane-force winds around its core.

“With the pressure drop of around 35 mbar during the past 24 hours, the system is classified as a ‘bomb cyclone’.

“Its future impact remains on track with the previous discussion, it will push violent windstorm between Iceland and Faroes, but also severe to extremely severe winds over broader area.” 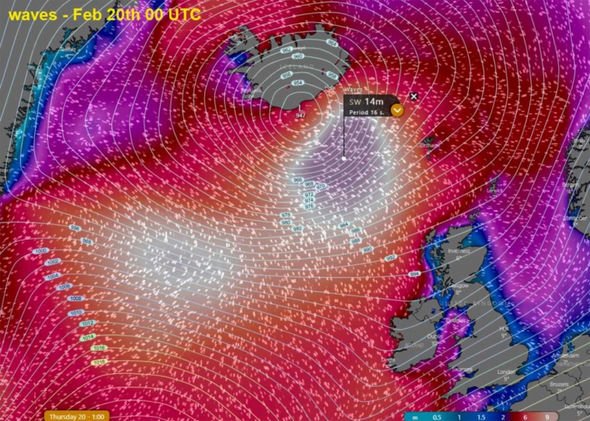 Weather maps and charts currently show another round of heavy wind is on course to batter the country this week.

According to forecasters with WXCharts, heavy winds will batter the country by Thursday, accompanied by potentially heavy rain which will last through the weekend.

The Met Office currently has a set of weather warnings in place for the UK due to incoming weather, with eight coming into effect over the next four days.

Currently, four warnings for rain loom over the west coast, which could see 30 to 40 mm of water exacerbate flooding already in the area.

The Met Office said: “Rain is expected to become persistent and occasionally heavy across parts of southern Scotland during Wednesday afternoon.

“The rain will slowly clear from the northwest on Thursday morning.

“Accumulations of 30 to 40 mm are expected over high ground, especially across Galloway and the western Borders.

“Combined with existing saturated ground this may lead to some local flooding.” 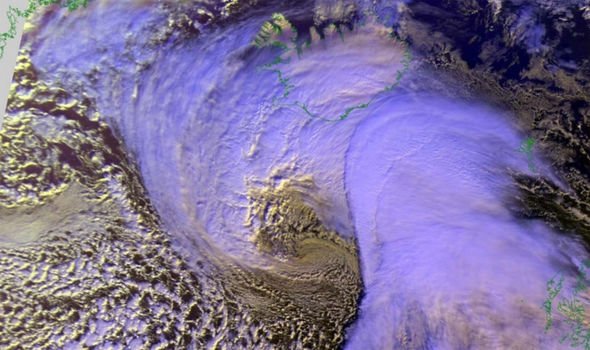 The criteria for naming storms is based on the Met Office’s National Severe Weather Warnings service.

This is based on a combination of both the impact the weather may have, and the likelihood of those impacts occurring.

A storm will be named when it has the potential to cause an amber or red warning.