While many are concerned about the impacts from the extreme weather Storm Jorge will bring, it’s not the only thing the public is interested in knowing. In fact, the most commonly searched term in relation to the storm on Google is, “how do you pronounce Jorge?” as well as what time and where the storm will hit.

What time will Jorge hit?

Jorge has already begun hitting the British Isles, with the first Met Office warnings kicking in at 3am on Friday morning.

Widespread warnings are in place staggered throughout the day, with rain, wind, and snow, all posing a threat on Friday.

Saturday will see the worst of the storm, with rain, wind and ice warnings in place, before a very windy Sunday. 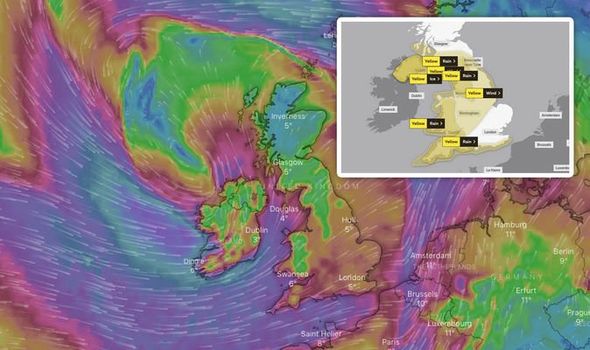 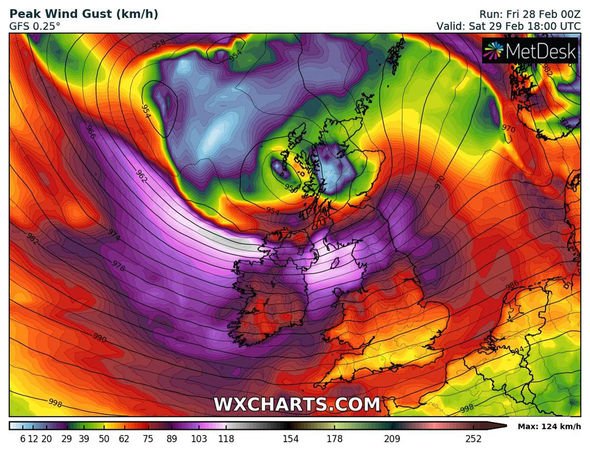 Where will Jorge hit?

Most of the UK will see some impacts of Jorge, but the worst-hit areas will be those already suffering from devastating flooding.

“There will be rain first thing in the South West and Wales, with a fairly dry start for most other places.

“That rain in the far South West will move eastwards and it will be raining pretty much everywhere by lunchtime [on Friday].”

Up to three inches (80mm) of rain could fall on Friday, in a month which has already proved the second-wettest ever recorded. 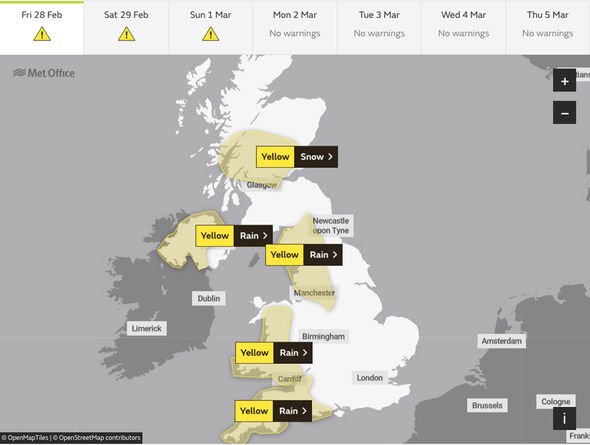 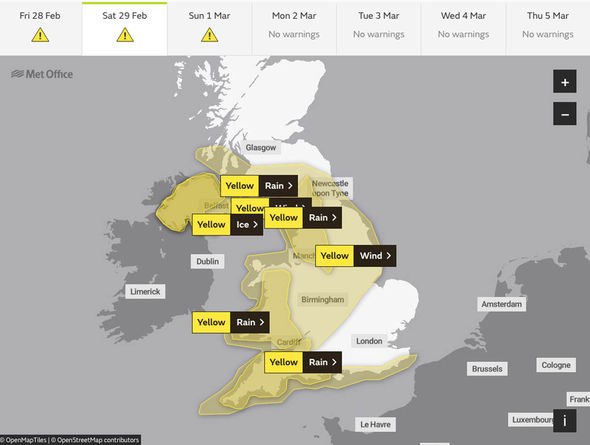 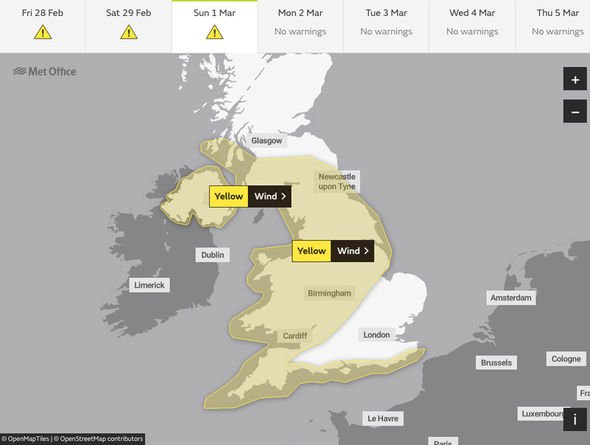 Winds of up to 70mph will also batter the coast tomorrow – with 60mph possible inland – as the storm moves northeast across much of the UK from Saturday afternoon until Sunday morning.

But Met Office chief meteorologist Paul Gundersen said the Republic of Ireland would be hit hardest by the wind.

How do you pronounce Jorge?

While Jorge is the Spanish version of the English name George, it’s not pronounced the same.

She wrote: “You don’t pronounce it as ‘George’. ‘Horhey’ is an acceptable pronunciation if you can’t make the Spanish sound which is a soft version of the sound in ‘loch’.

“The proper Spanish pronunciation is XOR:xeh, but HOR:hey is adequate.”

But otherwise, ‘hor-hey’ is better than George, which is “definitely the incorrect pronunciation”, according to de Villiers.

Another pronunciation pro went even further, explaining it’s not actually a ‘hey’ sound at the end, but more a shorter ‘heh’ sound. 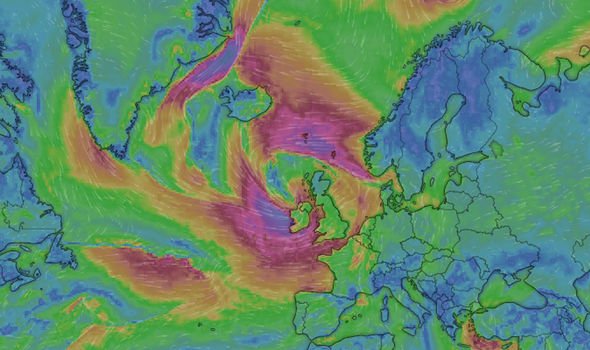 “The phonetic English spelling would not be ‘horhey’, it would be ‘horhe’.

“The difference being that at the end of Jorge, there is a short ‘e’ sound, the way you’d pronounce ‘men’.”

So there you have it: if you want to pronounce it correctly, you’re aiming for a ‘chor-che’ sort of sound.