Following the arrival of Storm Ciara and Storm Dennis this month, Storm Jorge is the next named storm to hit the UK. The storm was named by Spanish meteorological agency AEMET on Thursday, and is forecast to bring blustery winds and heavy rain over much of the weekend.

What is Storm Jorge’s current path?

Met Office weather warnings were in place on Friday in anticipation of Storm Jorge’s arrival.

The storm brought strong winds and rain to some parts of the UK overnight on Friday, including in South Wales, where flooding has prompted police to declare a ‘critical incident’.

The Met Office has issued a widespread yellow wind warning for Saturday and Sunday. 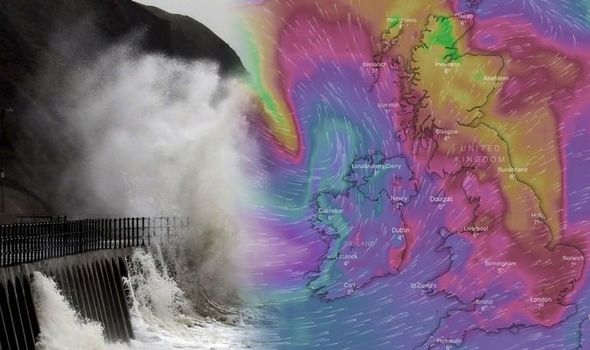 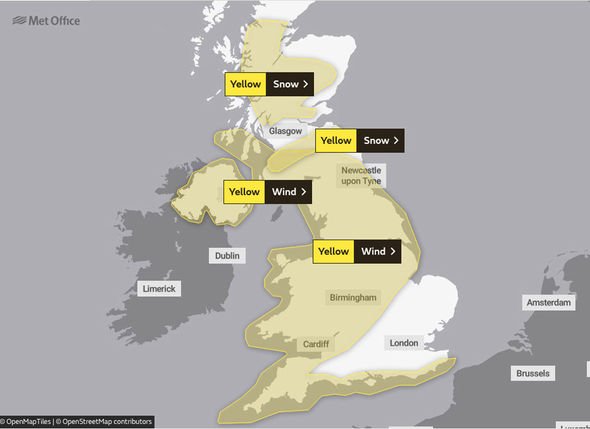 The warning reads that a “spell of strong winds” is “expected to move northeast” across the UK through Saturday afternoon and Sunday morning.

Frank Saunders, Met Office Chief Meteorologist, said: “From Saturday Storm Jorge will bring strong winds and heavy rain to parts of the UK, with potentially heavy snowfall being a hazard for parts of Scotland.

“On Saturday and Sunday, the majority of the UK is covered by Yellow weather warnings with some areas being covered by more than one warning, indicating multiple weather hazards.” 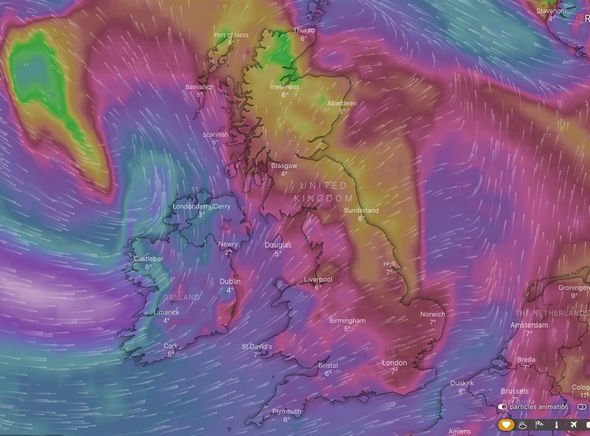 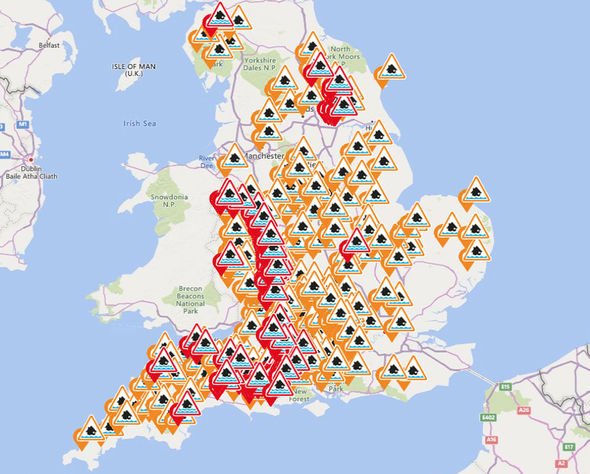 Mr Saunders said Storm Jorge is not expected to bring winds as strong as Storm Ciara and Storm Dennis, but “will still bring gusts of 60 to 70mph”.

“Storm Jorge is not expected to bring wind gusts as strong as Storms Ciara or Dennis, but it will still bring gusts of 60 to 70 mph in some exposed locations during the warning period, which ends at midday on Sunday.

“But it’s worth saying that parts of the south and east of the UK, once the rain clears early on Saturday, should often be bright, windy and cold over the weekend.”

Do the Met Office weather warnings affect you?

Met Office weather warnings for snow and wind are currently in place across the UK.

A yellow wind warning is in place for much of the UK, covering parts of southern England, Wales, the Midlands, northern England, southern Scotland and Northern Ireland.

The warning is active from 12pm on Saturday until 12pm on Sunday. 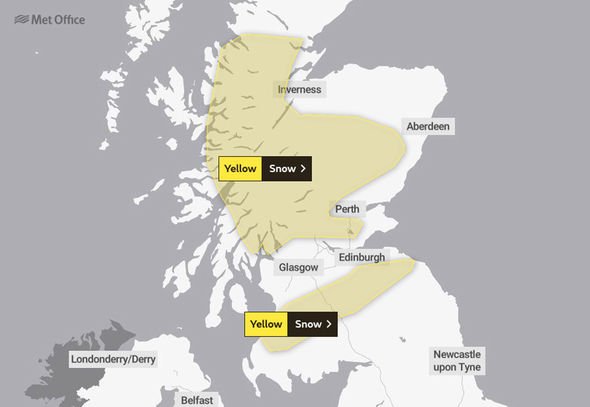 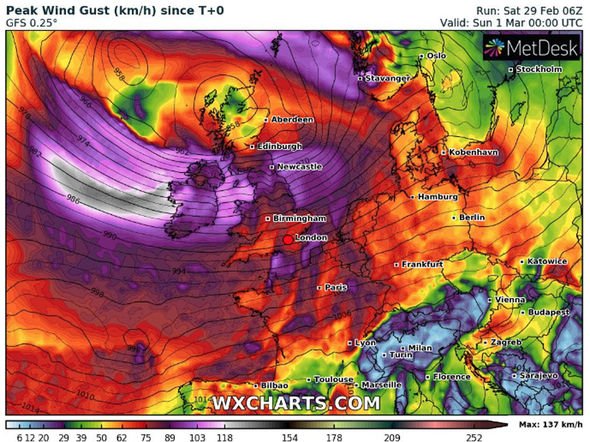 In addition, much of Scotland has been placed under a yellow snow warning from 3pm today until 12pm on Monday.

The warning reads: “Persistent snow is likely over higher parts of Scotland leading to travel disruption.”

In addition to Met Office weather warnings, flood warnings and alerts are also in place across the UK.

The Environment Agency has issued almost 300 flood warnings and alerts for England today.

Flood warnings, which mean flooding is expected and immediate action is required, have been issued for 81 areas as of Saturday morning.