Thunderstorms and torrential rain have caused dozens of accidents in southern and western parts of Germany with hundreds of firefighter operations required.

In Bavaria villages were flooded and streets were completely covered in mud and water, German news agency dpa reported. 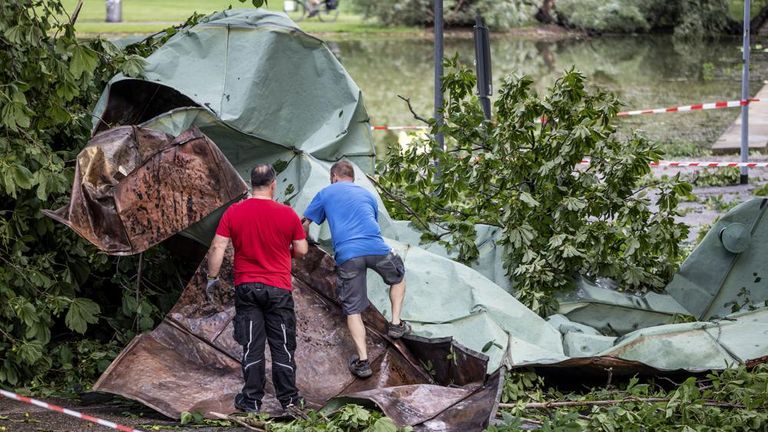 Stuttgart was also badly affected where parts of the roof and several statues on the city’s opera house were blown to the ground by strong winds.

“I’m standing underneath the roof and getting very wet,” the opera’s manager Viktor Schoner told dpa late on Monday.

Some 250 people were attending a performance when the storm hit, but there were no injuries, dpa reported.

Mr Schoner said some parts of the stage were flooded when the water poured down inside along the lighting installation. 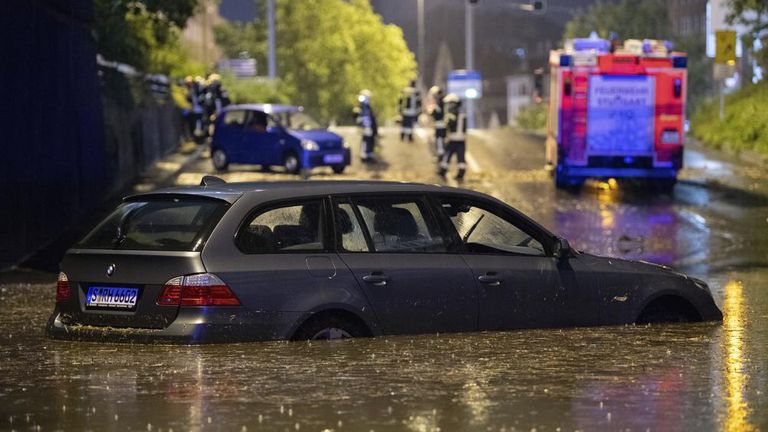 Altogether, rescue teams were called in more than 330 times on Monday and early Tuesday in Stuttgart, and train services were interrupted for hours. 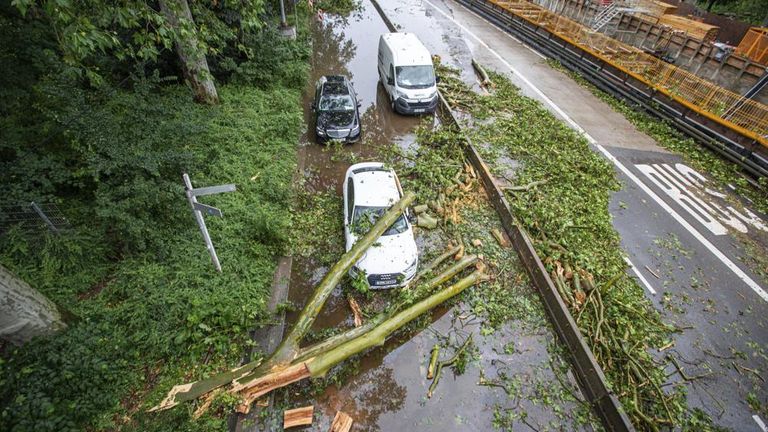 Felled trees had to be cut and removed by firefighters.

The states of Baden-Wuerttemberg – where Stuttgart is located – as well as Hesse were especially hard-hit by the deluge-like rains and reported dozens of road accidents by early Tuesday morning.

The number of people injured in the crashes was not immediately known.

Seven accidents were reported during heavy rainfalls on the highways near the town of Montabaur in Westerwald with one person severely and three people slightly injured.