Some of the 1,700 tonnes of heavy fuel oil on board the New Diamond poured into the Indian Ocean. 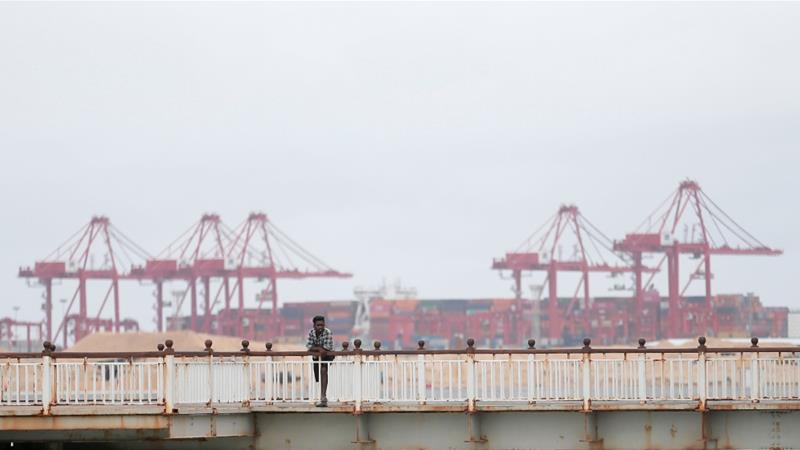 Sri Lanka will file negligence and pollution charges against the Greek captain of an oil tanker that leaked fuel off the island nation’s coast after a week-long fire.

Some of the 1,700 tonnes of heavy fuel oil on board the New Diamond poured into the Indian Ocean, prompting a large effort to contain a slick that was roughly two kilometres (1.2 miles) in length.

Its 270,000-tonne cargo of crude oil was unaffected by the fire.

“There is sufficient evidence to prosecute the skipper under the marine pollution act as well as the penal code for criminal negligence,” a spokeswoman for Attorney General Dappula de Livera told reporters in Colombo on Wednesday.

Much of the slick has been cleaned up and no further fuel has leaked from the vessel since Friday. For now, there are no signs of the slick reaching the coast.

The Panamanian-registered tanker’s owners would also be slapped with a $1.88m fire-fighting bill, de Livera said in a statement.

The vessel is owned by Liberian-registered Porto Emporios Shipping Inc and managed by Greek shipowner, New Shipping Limited, according to the Sri Lankan navy.

Compensation would also be sought from the owners for the cost of any environmental clean-up and damage, the statement added.

Sri Lanka has, meanwhile, asked the ship’s owners to tow the 330-metre (1,100-foot) tanker beyond its exclusive economic zone, which extends 200 nautical miles (370km) from its coast.

The nation’s environmental authorities fear a marine disaster if the tanker is allowed to transfer its oil to another ship while still in the country’s waters.

The stricken tanker is currently located some 70 nautical miles (130km) east off the Sri Lankan coastal town of Batticaloa.

The ship issued a distress signal in early September while en route to the northeast Indian port of Paradip when a boiler exploded, killing a Filipino crewman.

The vessel’s remaining 22 crew, including the captain, were rescued and are in quarantine at a hotel in the southern port city of Galle under the supervision of the navy.