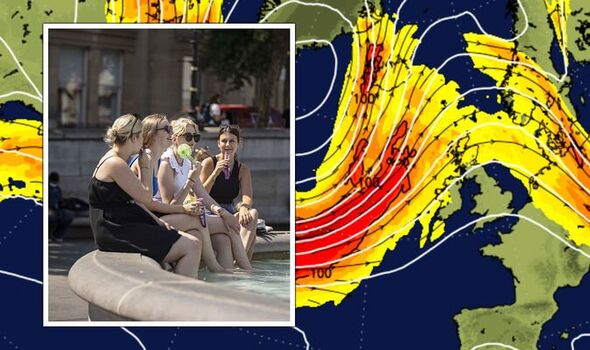 Ian, now a post-tropical cyclone, was last night moving across North Carolina after unleashing devastation on a scale rare even in the US hurricane belt. While Britain is well out of its path, the ex-hurricane will move into the Atlantic and supercharge the jet stream. 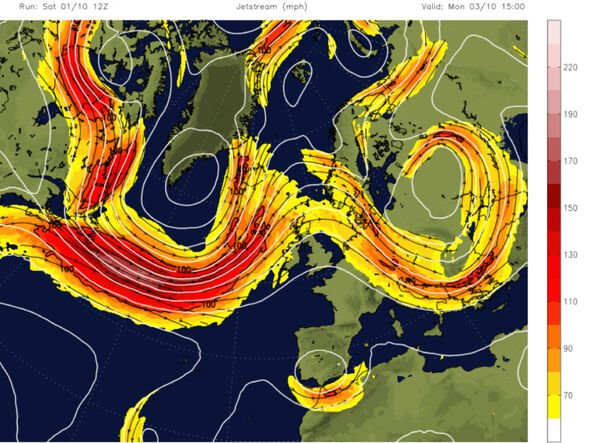 In turn, the jet will hurl ‘something of everything’ at the UK through the start of October.

Jim Dale, meteorologist for British Weather Services, said: “We are going to get something of everything in the next few days, a complete smorgasbord of weather.

“There will be wind, rain, showers and, from the start of the week, a rise in temperatures in southern parts of the country.”

The remains of Ian will act like a pebble thrown into a lake sending out waves long after it hits.

It will turbo-charge the jet stream to pull unsettled weather in to the UK by feeding it with warm tropical air.

Mr Dale, author of Weather Or Not? said: “Ian is going to behave like a pebble dropped in water.

“While it will not affect the UK’s weather directly, it will send out ripples, and will help to fire up the jet stream and in turn influence our weather.

“It is pushing warm, humid air into the jet stream.” 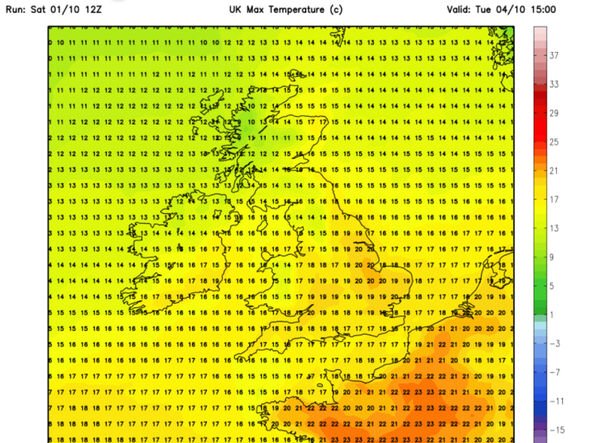 The effects of the devastating hurricane are a knock-on effect of climate change and lack of awareness, he said.

He added: “This hurricane was a killer, and people lost their lives.

“This is an effect of climate change and people not recognising the impacts it is having, and not planning for these events and taking action to mitigate or prevent them.”

London Marathon runners will today dodge the worst of the onslaught with the next low-pressure system forecast to hit at the start of the week.

Today’s weather will be driven by high pressure which will bring mild sunshine and clear skies.

Met Office meteorologist Alex Deakin said: “If you have plans for Sunday, it is a drier and brighter day, and most places will be dry and bright with a bit of sunshine.

“That’s because the area of low pressure and the waving weather front get pushed out of the way by high pressure building to the south.”

But it is all change again on Monday, he warned, with the northwest likely to see the most unsettled weather while the southeast stays largely dry.

He said: “There is another area of low pressure out in the Atlantic and that’s how we go into next week.

“This low is likely to be driven up to the northwest, and weather fronts and tightly packed isobars will bring a spell of wet and windy weather likely across the north west.

Temperatures will rocket through the start of next week thanks to a plume of air pulled up from the south.

Southern regions could hit 20C, although it will be cooler further north in the mid-to high-teens.

Exacta Weather forcecaster James Madden said: “The start of October will see temperatures rise much higher than the end of last month.

“It looks like we could be in for a blast of Indian summer.”