Ukraine: Wheat fields appear to be set on fire in Kharkiv

An ITV News crew were forced to flee during a filmed report on the frontline of the war in Ukraine, as terrifying footage of the encounter emerged. Footage filmed by ITV News captured the moment they were forced to flee from the frontline as Russian shelling landed just 600 metres away. The news crew were embedded with a Ukrainian army unit near Kharkiv as they tested out new weapons from NATO.

The British-designed weapon is regarded as the best of its kind.

The long-range weapon is “lighter, more precise and can fire further than anything the Ukrainians had before the war began”.

However, the Russians fired back at the Ukrainian soldiers, with sounds of nearby shelling heard getting closer in the TV report. 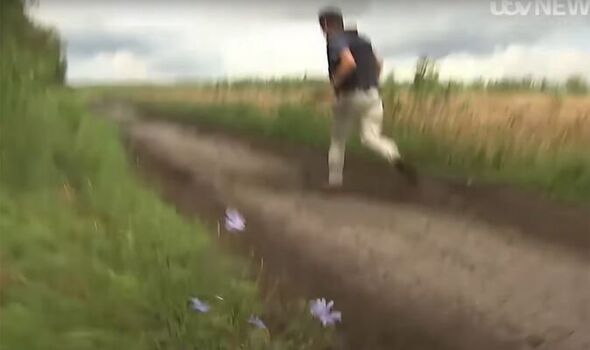 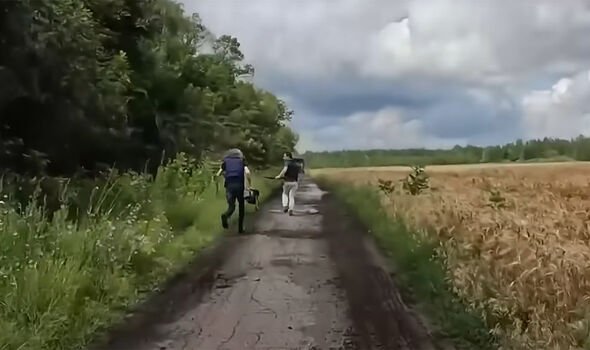 The ITV’s news crew, including reporter John Irvine, were then forced to flee to safety.

Mr Irvine sums it up: “The priority for the Ukrainians was to get their precious Howitzer to safety. We had to leg it!”

He added that everyone got away “unscathed” from the Russian attack.

The ITV News reporter discussed how the Russians have a 10 to one advantage when it comes to artillery, while the Ukrainians have better quality weapons. 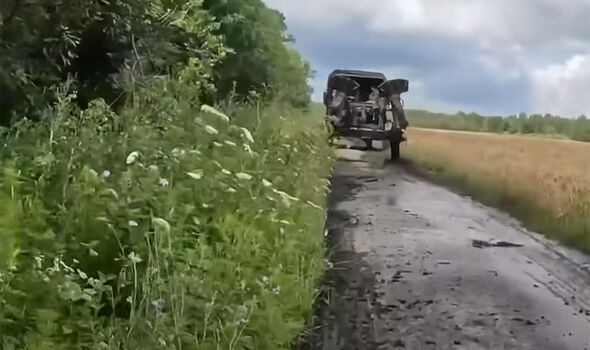 Speaking to ITV News, one Ukrainian commander in the Donas region was asked about the “most satisfying” target in war.

Unit commander Sasha responded: “The most satisfying target is the one that is confirmed destroyed and, of course, enemy artillery.

“If we silence their guns, it means our infantry unit have a few days when they are much safer.” 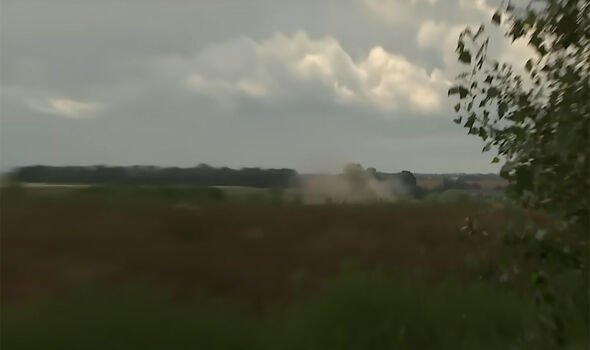 This comes as the British chief of the defence staff, Admiral Sir Tony Radakin, claimed that Russia has lost more than 30 percent of its land combat effectiveness.

He explained: “They are absolutely clear that they plan to restore the whole of their territory in terms of Ukraine.