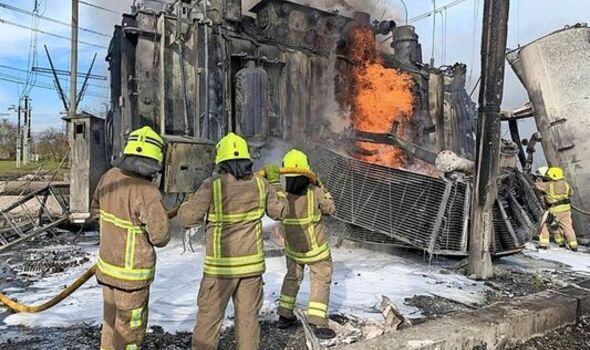 The Kremlin admitted three people died in the major explosion and fire at the Perm Gunpowder Plant.

The secretive facility had been operating 24/7 amid shortages of arms for Russia’s failing onslaught.

Two of those killed were reported to have “burned alive”. The plant makes multiple launch rocket systems, air defences, tank rounds and gunpowder for small arms.

There was confusion over the timing of the blast. Local reports said it happened on Saturday.

But there were also reports of an incident on Thursday in which a “cloud of smoke frightened the inhabitants of Perm”.

At the time this was said to be “the result of a planned test of special items at the factory”, according to newspaper Kommersant-Prikamye.

The disaster comes amid sabotage fears after a series of explosions and fires at key Russian facilities.

The Russian Investigative Committee – similar to America’s FBI – is said to be probing the blast.

Three women workers died after an explosion at the same defence plant in May.