Day five brought three more medals for Team GB in Tokyo, with swimmer Tom Dean making history in the pool and Charlotte Dujardin in the dressage.

Dean, 21, became the first British male swimmer to claim two golds at the same Olympics in 113 years after he and his teammates won the 200m freestyle relay.

Twenty-four hours earlier, Dean, who has fallen ill with coronavirus twice in the past year, won the men’s 200m freestyle – beating his teammate Scott by 0.04 seconds. It was a day for the history books in the dressage as well, with Charlotte Dujardin’s bronze in the individual competition making her the most decorated female British Olympian in history.

She too picked up two medals in two days after winning bronze in the team event with Carl Hester and Charlotte Fry on Tuesday.

The 36-year-old from London was beaten by two Germans – Jessica von Bredow-Werndl and Isabell Werth, who won gold and silver respectively. 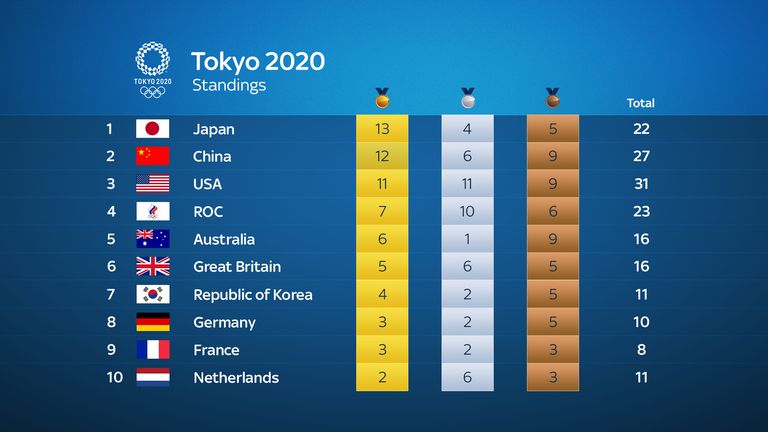 It saw Dujardin miss out on the chance to be the first British woman to claim three golds at three consecutive Games – after winning the top prize at London 2012 and Rio 2016.

But while Dujardin’s team bronze saw her equal rower Katherine Grainger’s record of five Olympic gold medals, her result on Wednesday set her apart – with six medals in total.

Reflecting on her achievement with her new horse Gio, she said: “It’s just so surreal.

“People say it, and I can’t quite believe it. Being level with Katherine Grainger was good enough, and now I have beaten her. It’s incredible, and I can honestly say I am proud of myself.” 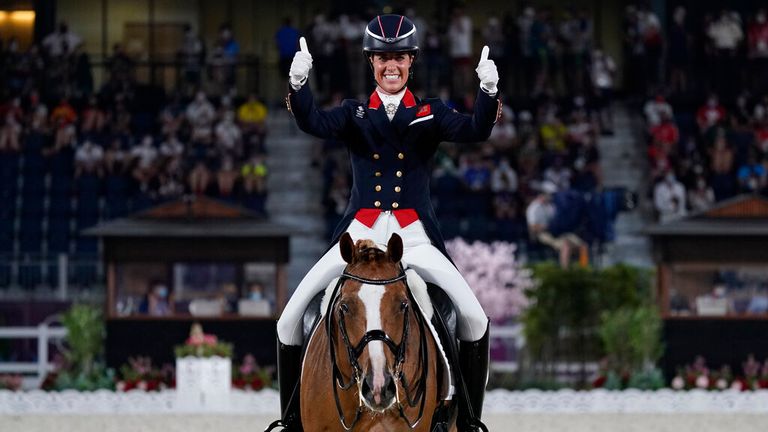 She added that she “wasn’t going to go down without a fight” and praised her horse – nicknamed Pumpkin – saying: “What he has done here is phenomenal.”

There were huge celebrations among Dean’s family and friends, with his mother Jacquie Hughes claiming she was unable to go to bed between his two events.

Sharing his love of swimming, she decided to jump in the River Thames near their home and swim 2km.

“I was so wired and realised I had been sat down the whole day and I just needed re-energising, so, when it was over, I just popped my goggles and costume on, hopped in the Thames and swam 2k,” she said. 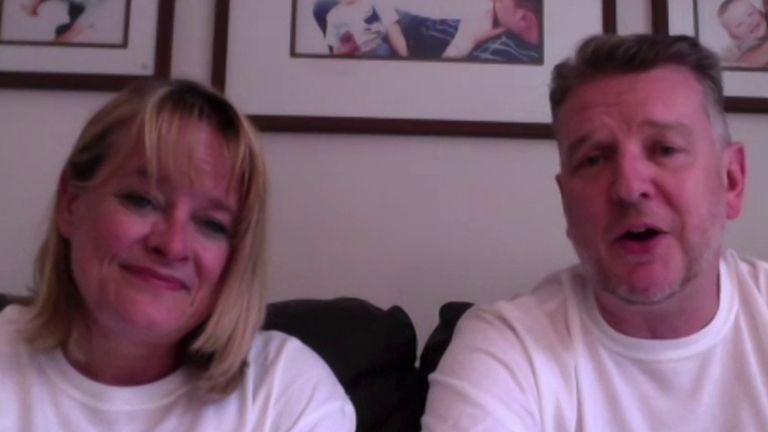 And Anna Hopkin managed to set a new British record with a time of 52.75 seconds in the women’s 100m freestyle, also qualifying for the semi-finals.

There was more good news for Team GB on Wednesday – with the men’s quadruple sculls taking silver.

It was the first British rowing medal of the Games and came against the odds after they were ranked fifth. They held off Australia and Poland to take second place, beaten only by the Netherlands.

The team – made up of Jack Beaumont, Tom Barras, Angus Groom and Harry Leask – spoke to Sky News wearing their medals.

Jack Beaumont, 27, from Maidenhead, said: “We knew it would be a fast race and also choppy water.

“But luckily we train in the UK where we get lots of wind so we were ready for that. We were in an outside, less favoured lane, so we decided to be really brave and that paid off.” 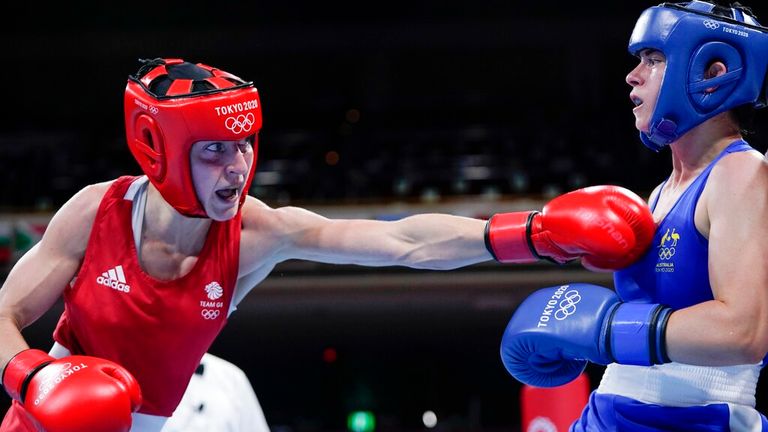 While Harry Leask, 25, from Edinburgh, added: “I knew basically the whole way where we were, I had a pretty good view from where I was sitting of the whole race.”

In the boxing, Karriss Artingstall guaranteed Team GB at least a bronze after qualifying for the semi-final by beating Australia’s Skye Nicolson in the featherweight competition.

She said she hopes she can “change the colour” of the medal in two days’ time.

There was disappointment in the tennis, however, after Andy Murray and his teammate Joe Salisbury were knocked out of the men’s doubles.

He tweeted to say he was “crushed” by the defeat, adding: “Sport can be so brutal.”

Sir Andy suggested he may not return for the next Games in Paris, saying: “And if this is the end of my @olympics journey I want to say a huge thanks to @TeamGB and all the tennis support team for everything they have done to help me perform at my best over the years.” 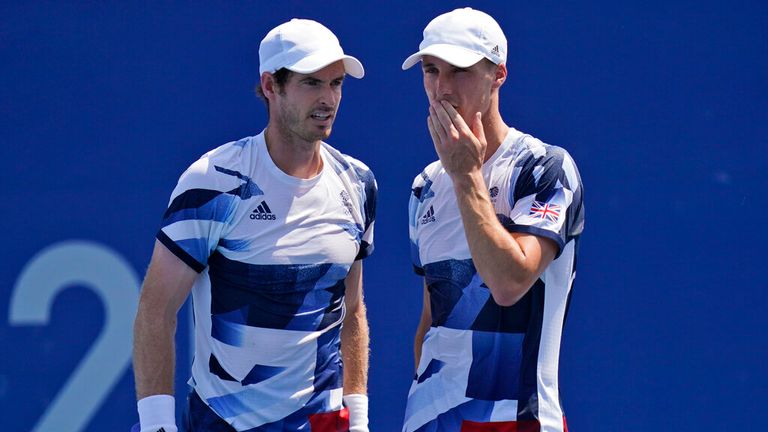 A few hours later, Simone Biles of Team USA said she was pulling out of the all-around individual final after withdrawing from the team competition due to mental health concerns.

She was met with a wave of support from fellow athletes, celebrities and politicians including Mitt Romney and former first lady Michelle Obama.

Earlier in the day, Abbie Wood missed out on a medal in the 200m individual medley for Team GB, despite swimming a lifetime best, with Kate Douglas of the USA just beating her to the bronze medal.

And in the rugby sevens, Team GB were left devastated when they missed out on a chance at bronze after being beaten by Argentina in the third-place play-offs.