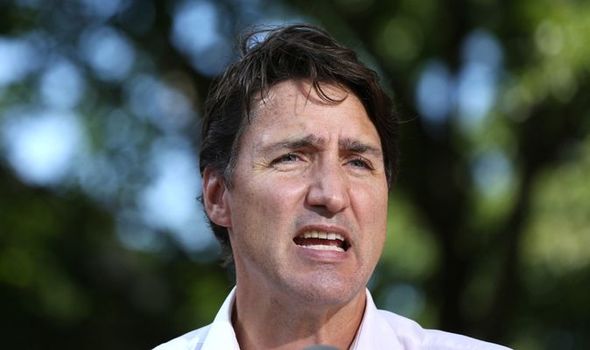 Mr Trudeau, 49, arrived in the city’s London area earlier today for what was set to be a low-key stop off.

But hundreds of protesters booed and jeered the Liberal leader as he returned to the battle bus.

Protesters also held placards calling for “no vaccine passports” and “no more lockdowns”.

A national CTV reporter has claimed two members of the media were also hit by the stones but were unhurt.

According to reports, Canada’s 23rd Prime Minister told reporters he was not injured in the incident.

Instead, Mr Trudeau compared it to the time a woman threw pumpkin seeds at him during the Hamilton mayoral race in 2018.