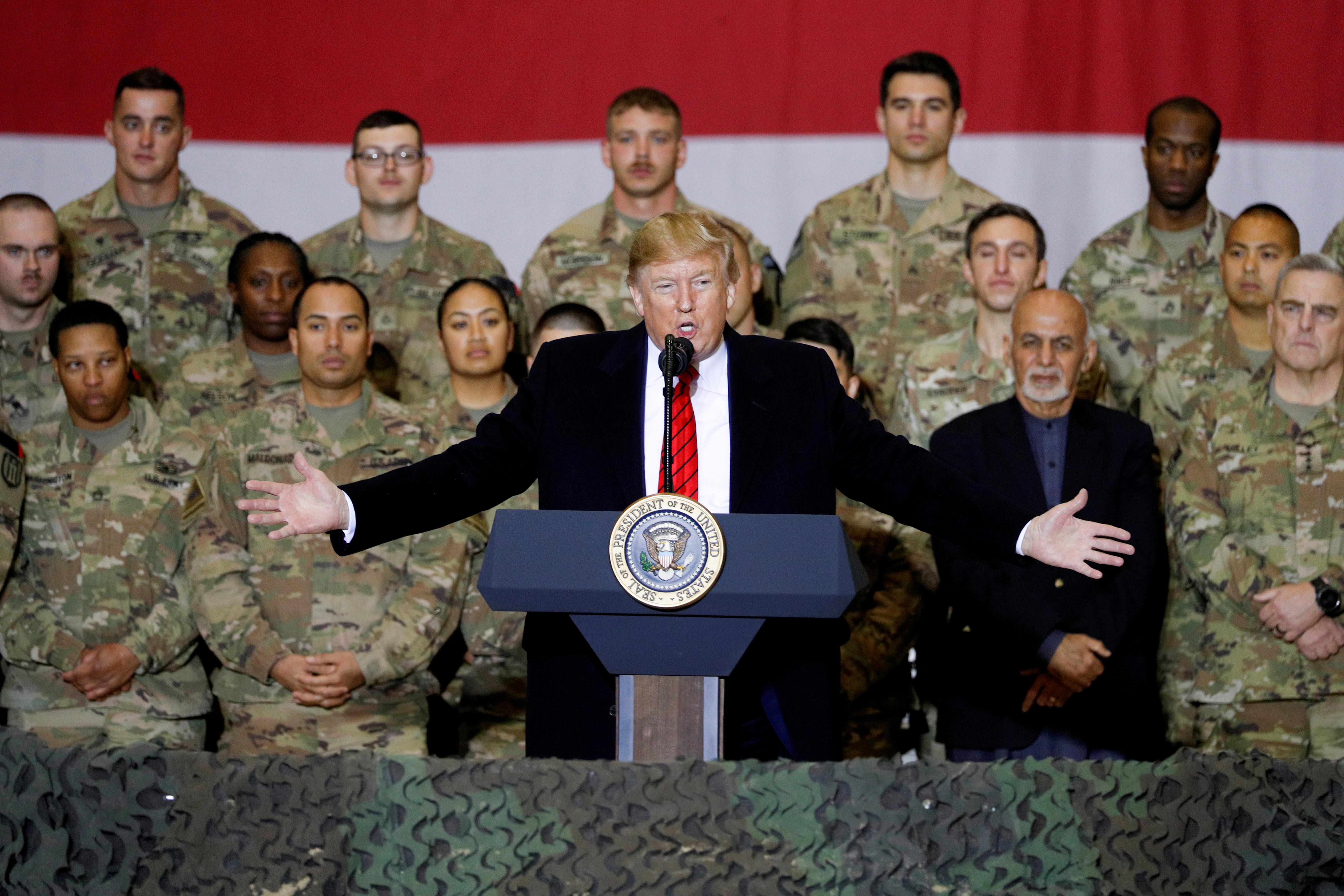 A senior Trump administration official, without providing details, said the investigation is “being pushed forward by an organization of dubious integrity” – referring to the Hague-based ICC – and accused Russia of having a role.

The order authorizes Secretary of State Mike Pompeo, in consultation with Treasury Secretary Steven Mnuchin, to block assets in the United States of ICC employees involved in the probe, according to a letter sent by Trump to U.S. House of Representatives Speaker Nancy Pelosi accompanying the order.

It also authorizes Pompeo to block entry into the United States of these individuals.

ICC prosecutor Fatou Bensouda wants to investigate possible crimes committed between 2003 and 2014 including alleged mass killings of civilians by the Taliban, as well as the alleged torture of prisoners by Afghan authorities and, to a lesser extent, by U.S. forces and the CIA.

Trump has assailed the ICC, which was established in 2002 by the international community to prosecute war crimes, genocide and crimes against humanity. It has jurisdiction only if a member state is unable or unwilling to prosecute atrocities itself.

The U.S. action is the latest under Trump taking aim at an international body. Trump, who has promoted an “America First” policy during his presidency, last month said he would end the U.S. relationship with the World Health Organization.

Afghanistan is a member of the ICC, though Kabul has argued that any war crimes should be prosecuted locally. The U.S. government has never been a member of the court. The Trump administration imposed travel restrictions and other sanctions against ICC employees a year ago.

“The International Criminal Court’s actions are an attack on the rights of the American people and threaten to infringe upon our national sovereignty,” said White House Press Secretary Kayleigh McEnany in a statement.

“The International Criminal Court was established to provide accountability for war crimes, but in practice it has been an unaccountable and ineffective international bureaucracy that targets and threatens United States personnel as well as personnel of our allies and partners,” McEnany added.

The ICC decided to investigate after a preliminary examination by prosecutors in 2017 found reasonable grounds to believe war crimes were committed in Afghanistan and that the ICC has jurisdiction.

The senior Trump administration official, describing the order to a group of reporters on a conference call, said the directive authorizes sanctions against any individual directly engaged in any effort by the ICC to investigate U.S. personnel without American consent.

The official said that while the ICC was established to provide accountability, “in practice the court is an unaccountable, ineffective and out-of-control international bureaucracy that threatens American service members and intelligence officers and those of our allies.”

“We have reason to believe there is corruption and misconduct at the highest levels of the ICC’s office of prosecutor, calling into question the integrity of this investigation into American personnel. We are concerned that Russia may be manipulating the ICC by encouraging these allegations into U.S. personnel,” the U.S. official said.