Hello and welcome to Al Jazeera’s continuing coverage of the US elections. This is Joseph Stepansky.

Here are the latest updates:

Former staffers from Bernie Sanders’ presidential campaign want to harness strong support for the Vermont senator among Hispanics to bolster Joe Biden in two battleground states that could prove critical in November’s election.

Nuestro PAC is launching a 30-second spot that will begin airing Thursday for two weeks in heavily Hispanic Nevada and in Iowa, another state where the growing Latino population is largely overlooked. Backed by a six-figure ad buy, the spot features Hispanic staffers of Sanders’ campaign saying they worked hard for him during the Democratic primary, “But now, we’re all for Joe Biden, because Biden’s endorsed by Bernie.”

“We’re going to go into states where Bernie just dominated the Latino vote to help lift up Biden,” the group’s founder, Chuck Rocha, who headed the Sanders campaign’s Hispanic outreach, told the Associated Press. “In Iowa, going to Latinos will surprise people … but they’re there, and we won them by huge margins. And the opposite side of that equation is going into Nevada to shore him up with young Latinos.” 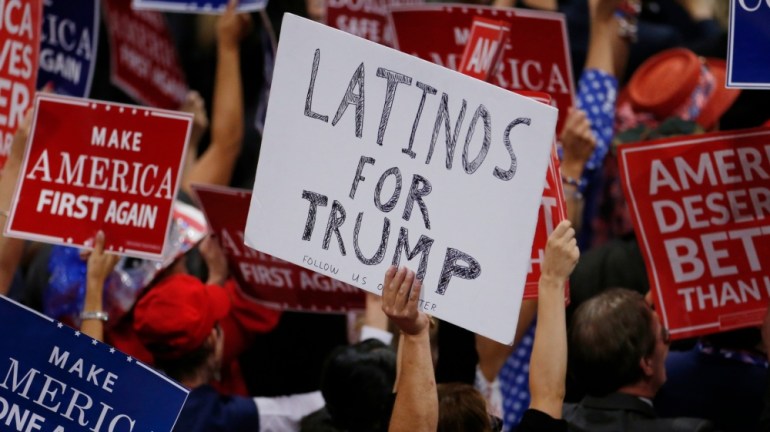 Amy Coney Barrett, Trump’s Supreme Court nominee, has begun a round of meetings with senators before her official hearings are set to begin in the Chamber on October 12.

Barrett’s confirmation has set off a battle between Republicans, who say they have the support to hold a vote before the election, and Democrats, who say the next president should decide the nominee.

“We look forward to a vote in the Senate in the near future to fill the seat on the Supreme Court of the United States because the American people deserve a justice like judge Amy Cohen Barrett,” Vice President Mike Pence said from the Capitol on Tuesday, flanked by Barrett and top Republicans. 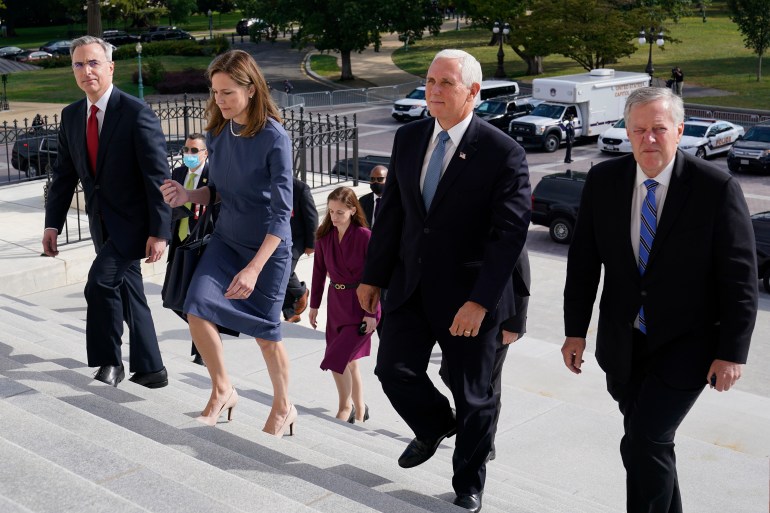 The Trump campaign has called for a third party to inspect the ears of both candidate before Tuesday’s debate to check for electronic devices, according to Fox News.

The report said that Trump had consented to the inspection, but Biden had not. It comes amid repeated unfounded accusations from the president that Biden will use various means, including drugs, to optimise his performance.

The Commission on Presidential debate did not immediately respond to Fox’s questions concerning the request. 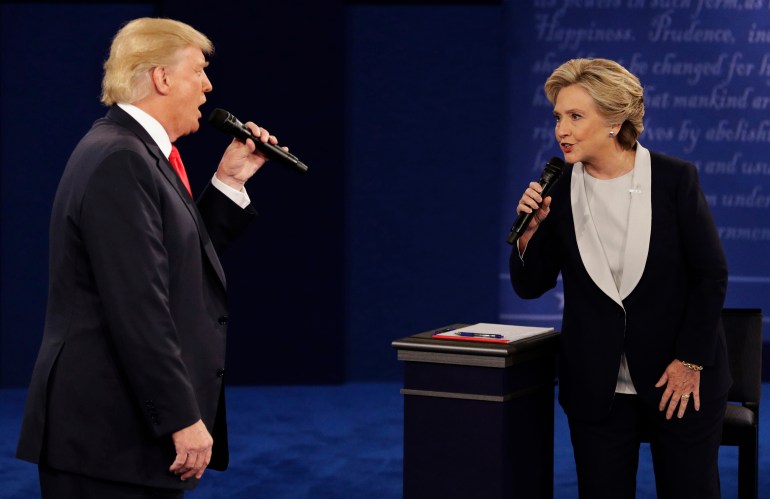 11:00 ET – US intelligence reports warn of extremist threat around election

Security officials are warning that violent domestic extremists pose a threat to the presidential election next month, amid what one official called a “witch’s brew” of rising political tensions, civil unrest and foreign disinformation campaigns.

FBI and US Department of Homeland Security (DHS) memos say threats by domestic extremists to election-related targets will likely increase in the run-up to the November 3 election.

Those warnings so far have largely remained internal. But New Jersey’s homeland security office took the unusual step of publicly highlighting the threat in a little-noticed report on its website last week.

“You have this witch’s brew that really hasn’t happened in America’s history. And if it has, it’s been decades if not centuries,” said Jared Maples, director of the New Jersey Office of Homeland Security and Preparedness, which published the threat assessment.

The Wisconsin Supreme Court is scheduled to hear arguments Tuesday in a case that could result in the purging of about 130,000 people from voter rolls in the hotly contested battleground state.

However, it wasn’t clear if the court would rule in time to affect the November 3 election that was just five weeks away. Attorneys for both sides didn’t expect a decision until after the election.

The arguments come in one of several closely watched lawsuits in Wisconsin. On Sunday, a federal appeals court temporarily put on hold  a ruling that would expand the time that absentee ballots can be counted.

Trump won Wisconsin by fewer than 23,000 votes in 2016, making the fight over any change to the process of voting and who is able to vote all the more significant.

Trump’s personal lawyer Rudy Giuliani had an uncomfortable exchange with the hosts of the Fox programme Fox and Friends on Tuesday when he said Biden “has dementia – there’s no doubt about it”.

Giuliani went on to claim he had several doctors review tapes of Biden, prompting what appeared to be an increasingly uncomfortable response from the three hosts. Trump has repeatedly claimed Biden is mentally unfit to be president and baselessly suggested he has taken performance-enhancing drugs to aid his mental acuity.

“None of us are doctors, so this is just pure opinion,” host Steve Doocy eventually responds. 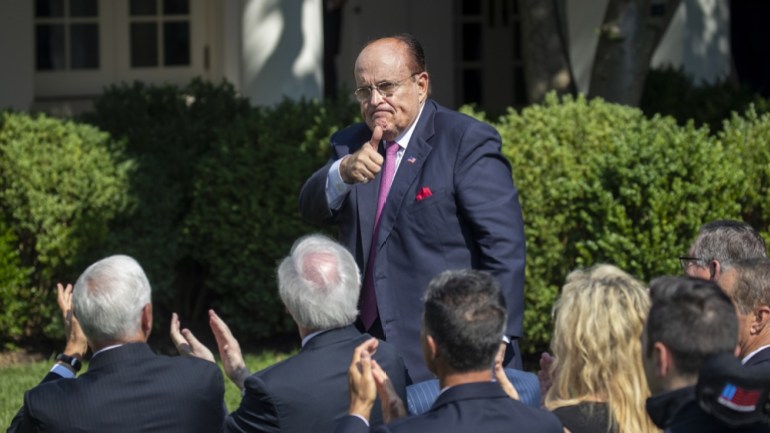 Representative Kevin Brady, the top Republican on the House Ways and Means Committee, has called for an investigation into the source who provided Trump’s tax returns to the New York Times.

Brady called the disclosure, the subject of a bombshell report published on Sunday, a “felony crime”.

“While many critics question the article’s accuracy, equally troubling is the prospect that a felony crime was committed by releasing the private tax return information of an individual – in this case, the President’s,” he said in a statement on Tuesday. “To ensure every American is protected against the illegal release of their tax returns for political reasons, I am calling for an investigation of the source and to prosecute if the law was broken.”

09:00 ET – What to watch for during the first Trump-Biden debate

These are some of the contrasts viewers can watch out for when they tune in to the first of three presidential debates between Joe Biden and Donald Trump. With a potential audience of close to 100 million viewers on television and online, the candidates will make their pitch to the American people, each attempting to close the deal with voters.

Although the outcome of a live debate can never be predicted, Al Jazeera looks at what we can reasonably expect when the two contenders for the highest office in the land face off. 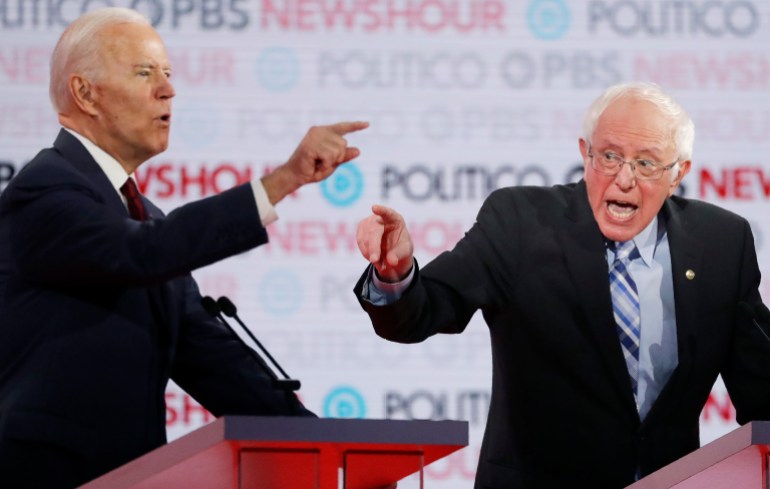 Read all the updates from Monday, (September 28) here.