LONDON (Reuters) – WikiLeaks founder Julian Assange is wanted by the United States because he is a “political enemy” of President Donald Trump, his London extradition hearing was told on Wednesday. 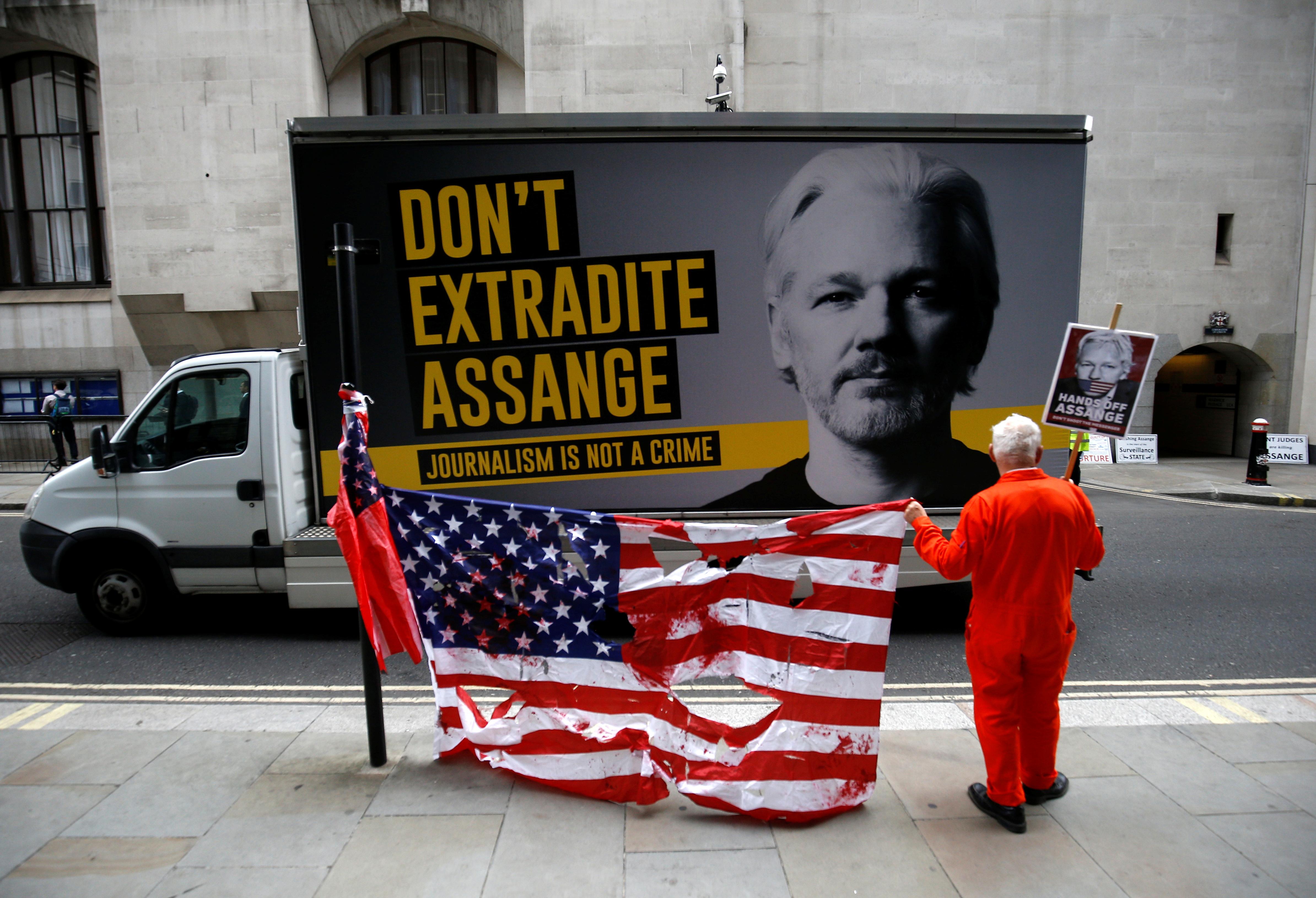 Australian-born Assange, 49, is fighting against being sent to the United States, where he is charged with conspiring to hack government computers and violating an espionage law over the release of confidential cables by WikiLeaks in 2010-2011.

Paul Rogers, a professor of peace studies at Britain’s Bradford University, told London’s Old Bailey court that the timing of the U.S. prosecution was connected to Assange’s political views and Trump’s hostility toward him.

“The evidence does support very strongly … this does appear to be a political trial,” Rogers said.

Assange and WikiLeaks enraged the U.S. government a decade ago by publishing thousands of secret American documents, but he was not charged with any criminal offense at the time.

His supporters see him as a champion of free speech exposing abuses of power and hypocrisy by Washington and regard his prosecution as threat to journalism. U.S. authorities say he recklessly endangered the lives of sources with his releases.

Rogers said the Trump administration viewed Assange as a “political enemy” because of his opinions. Assange’s defense team are arguing the U.S. case is politically-motivated, something which would bar his extradition.

“The opinions and views of Mr Assange, demonstrated in his words and actions with the organization WikiLeaks over many years, can be seen as very clearly placing him in the crosshairs of dispute with the philosophy of the Trump administration,” Rogers said in his statement to the court.

James Lewis, the lawyer representing the United States, challenged the assertion the case was politically-motivated, saying U.S. federal prosecutors were forbidden to consider political opinion in making their decisions.

“I’m not saying they are acting in bad faith,” Rogers said. “I’m saying that at a different level, a political decision was taken to investigate this further after it had lapsed for eight years.”

Assange was warned by the judge on Tuesday he would be removed from the courtroom and tried in his absence if he interrupted proceedings after Assange shouting “nonsense” at Lewis.

Related posts:
Recent Posts
Latest Posts
World on alert: Kim Jong-un considers TERRIFYING surprise on huge North Korea anniversary
Law Firms Pay Supreme Court Clerks $400,000 Bonuses. What Are They Buying?
Worried Prince Charles issues video warning over climate change ‘catastrophe’
Tencent says WeChat will struggle to attract new U.S. users while White House, courts spar over ban
Biden Has $466 Million in Bank, and a Huge Financial Edge on Trump
This website uses cookies to improve your user experience and to provide you with advertisements that are relevant to your interests. By continuing to browse the site you are agreeing to our use of cookies.Ok