The ban, which excludes the United Kingdom and Ireland, applies from midnight on Friday for 30 days, comes as part of a “strong but necessary” package to stop the spread of coronavirus. In a live address, Mr Trump said: “We are marshalling the full power of the federal government and the private sector to protect the American people. “We are all in this together. We must put politics aside, stop the partisanship and unify the nation as one family. Our future remains brighter than anyone can imagine… this virus will not stand against us.”

Around 1,750 flights cross the Atlantic between the US and Europe on most normal days, according to the European Organisation for the Safety of Air Navigation.

Mr Trump blamed the EU’s failure to ban flights from China for his own ban.

He said the ban would “not only apply to the tremendous amount of trade and cargo and various other things we get approval”.

However, he later clarified the ban would not be applied to goods crossing the Atlantic. 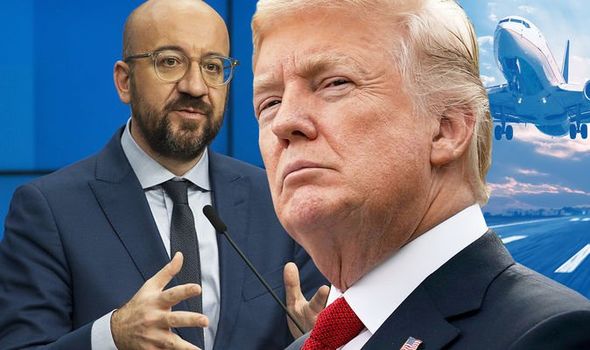 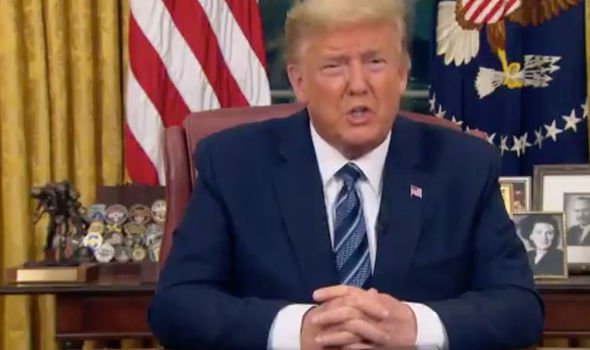 He said: “Following the travel ban Donald Trump announced, we will assess the situation today. Economic disruption must be avoided.

“Europe is taking all necessary measures to contain the spread of the covid 19 virus, limit the number of affected people and support research.”

In a joint statement with EU Commission chief Ursula von der Leyen, Mr Michel added: “The European Union disapproves of the fact that the US decision to impose a travel ban was taken unilaterally and without consultation. 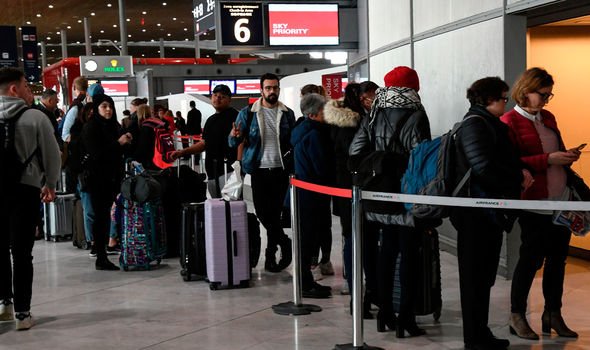 The American has repeatedly targeted Brussels over apparent trade disparities since taking office in January 2017.

Former Finnish prime minister Alexander Stubb said: “Any attempt to contain the corona outbreak is welcome, but the decision of Donald Trump to exclude the UK from a European travel ban is nothing short of irresponsible.

“Viruses do not recognise borders. Decisions should be based on facts, not politics.”

MUST READ: Brussels under attack over failure to help Italy on coronavirus crisis 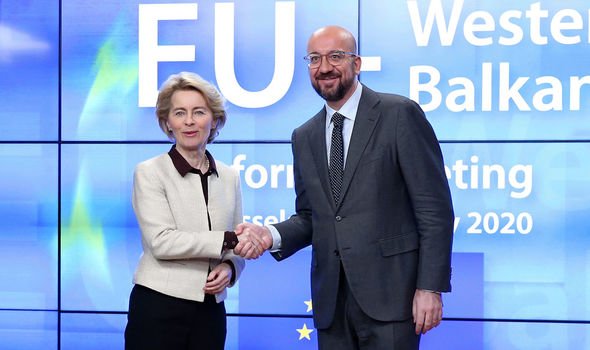 Dacian Ciolos, the leader of the EU Parliament’s liberal bloc of MEPs, added: “Viruses know no borders or nationalities.

“Nationalism and blame games are no antidote. This is a global crisis, which requires global solidarity, Donald Trump.

“Containment measures are needed, but not arbitrary ones. Europe will be your partner, but not your scapegoat.”

The EU Parliament’s German trade chief Bernd Lange said: “The blame for virus in the United States is clear: Europe. Again, wipe away your inactivity with a known scapegoat.”

But the UK Government also criticised Mr Trump’s decisions to ban Europeans in a bid to contain coronavirus cases.

Chancellor Rishi Sunak told BBC Breakfast: “We don’t believe that it the right thing to do, the advice doesn’t support that.

“Here in this country we are determined to take the right steps at the right time.

“We are going to be guided by the advice of the chief medical officer and chief scientific adviser. The best advice is still for everybody to wash their hands for 20 seconds.”