Turkey’s president has repeated his threats of war to Greece during a European summit, further escalating tensions between the countries. Recep Tayyip Erdogan said that Turkey could come “in the middle of the night” at any country that “bothers” Ankara. His comments follow a historic rivalry that has only gotten more severe in recent years, with Turkey accusing Greece of militarising its Aegean islands. Athens, however, has pointed the finger back at Turkey, alleging Mr Erdogan has been carrying out military exercises near their border and asserting their right to sovereignty.

During the first meeting of the European Political Community (EPC) in Prague, Czech Republic, Mr Erdogan, 68, said: “Whatever country bothers us, whatever country attacks us, our reaction will always be to say: we could undoubtedly come in the middle of the night.”

He accused Athens of basing its policies on “lies,” adding: “They are not where they are supposed to be”.

The president claimed that Turkey does not want war with Greece, but “speaks only in the language that its neighbour understands.”.

Mr Erdogan stressed that Turkish forces may come to the Aegean islands at any moment, but “Turkey has no ambitions in anyone’s land, and it is only fighting to protect its borders and interests. We do not want tension with anyone. We want a solution within the legal framework.”.

Erdogan has accused Greece of “crimes against humanity”, referring to its treatment of migrants, and of occupying islands in the Aegean Sea that have a demilitarised status. 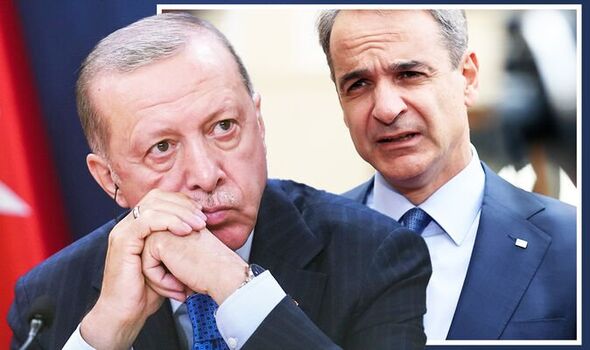 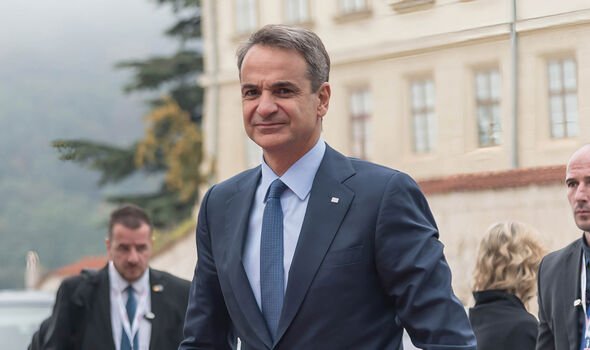 Ankara sees the military buildup on the islands of Lesbos and Samos as a violation of the decades-old agreement marking the borders of the two countries. While they are both members of NATO, Greece and Turkey have been at odds with one another for decades over a range of issues.

These include where their continental shelves start and end, energy resources, overflights in the Aegean Sea and divided Cyprus. Given the recent tensions with Greece, Mr Erdogan’s recent comments have been widely read as a direct threat to the southern European country.

The Turkish president had previously used the phrase “could suddenly come at night” in the past to reference military operations which he then followed through with – for instance, in Syria and Iraq. In September, Mr Erdogan made similarly incendiary remarks after the alleged alignment of Greek air defence systems towards Turkish fighter jets. 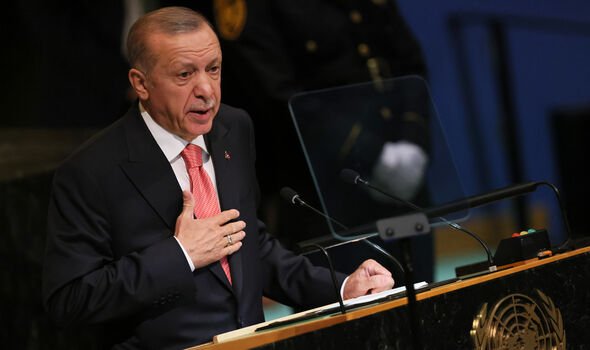 At the time Greece denied the Turkish accusations and referred to, among other things, its right to self-defence. Speaking to Greece’s parliament, Greek PM Kyriakos Mitsotakis advised Turkey to return – in his words – to the world of logic, and warned that Greece would defend against any efforts by Turkey to claim lands Athens claims sovereignty over.

Athens on Monday accused Ankara of “inflammatory” statements, adding that it was exploiting migration issues that Greece are currently facing.

Government spokesman Giannis Oikonomou told reporters: “If the Turkish president… seeks such a meeting, the Greek side will evaluate it and respond positively.” 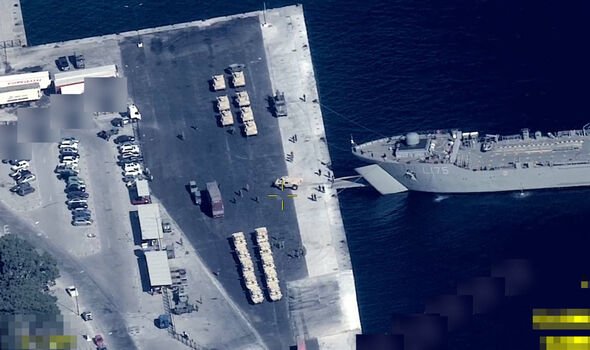 Appearing at a ceremony to name a newly built warship, Mr Mitsotakis said: “(History) has taught that whoever violates borders is punished. There is no place for imperial visions in the 21st century, and would-be local bullies have no place.”

The Greek prime minister claimed that “[Greece’s] borders are blue and not gray” and stressed that the strengthening of the Armed Forces is a priority for the government.