Hasan Shalabi, 14, and Hamza Shteiwi, 17, were both shot by Israeli forces during the Gaza Strip’s weekly protests. 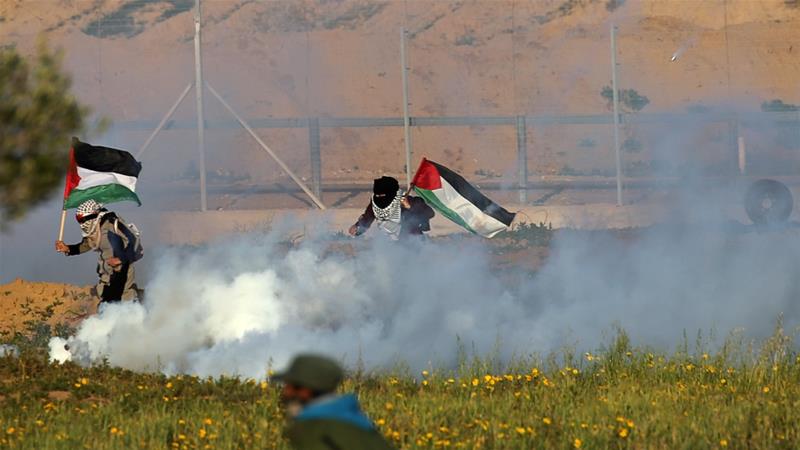 Two Palestinian youths were killed by Israeli fire on Friday during the weekly protest near the Israeli fence east of the Gaza Strip, the Palestinian health ministry in the besieged enclave said.

Hasan Shalabi, 14, “was killed by Israeli occupation live fire to the chest east of Khan Younis” in the southern Gaza Strip, the ministry said, as thousands of Palestinians demonstrated along the heavily fortified frontier with Israel for the 46th week running.

Hamza Shteiwi, 18, was also killed after he was shot in the neck by Israeli forces, the ministry added.

Another 17 Palestinians were shot at different protest sites along the fence, including two journalists and four medics. 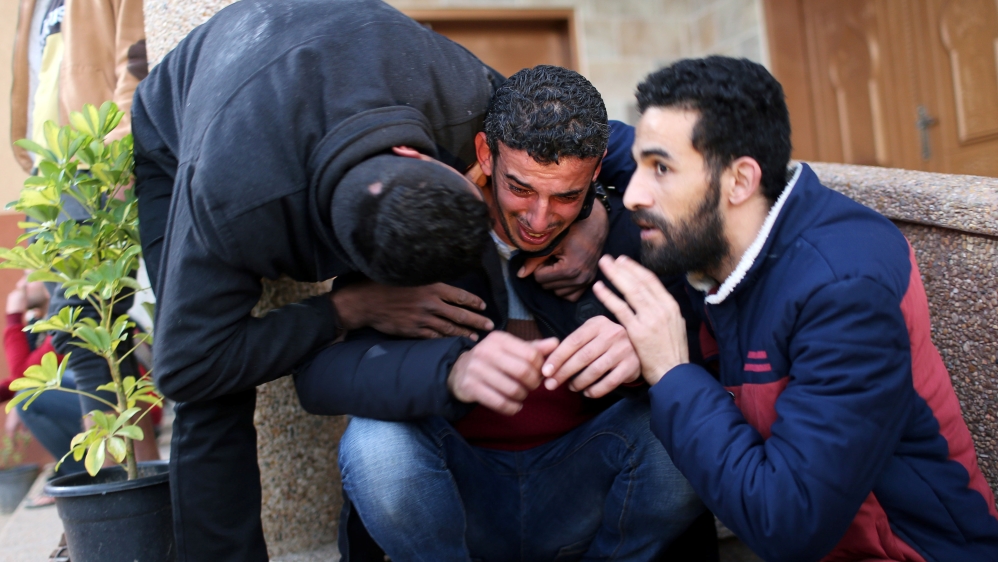 The Israeli army declined to comment on the death, but said 6,700 “rioters and demonstrators” had been protesting along the frontier.

“They are hurling rocks at [Israeli] troops and towards the security fence, as well as a number of explosive devices that did not cross the fence,” a spokesman said.

Israeli troops “responded with riot dispersal means and fired according to standard operating procedures”, he added.

Palestinians have for nearly a year gathered weekly near the Israeli fence for unarmed protests, as part of the Great March of Return rallies which began on March 30. Protesters are also demanding Israel to end its 12-year blockade of the coastal strip.

Israel says it is protecting its borders and accuses Hamas, which governs Gaza, of orchestrating the protests. Hamas, the protest’s organisers, and demonstrators themselves have denied this.

Two Israeli soldiers have been killed over the same period.