Typhoon Ambo is the first named storm to hit the West Pacific and is expected to bring torrential rains to the region on Saturday. The Philippines is regularly struck by typhoons, experiencing some 20 storms every year. The region is also prone to earthquakes and volcanic activity.

Typhoon Ambo made landfall in the eastern Philippines on Thursday afternoon, and thousands of people have been evacuated.

The storm maintained maximum winds of some 96mph after making landfall, with reports suggesting maximum gusts of 158mph were also recorded.

Satellite images of the storm have now been released by the National Oceanic and Atmospheric Administration (NOAA).

Severe Weather Europe has commented on satellite images of the storm, noting how “a tiny pinhole eye” has formed due to the rapid intensification of the typhoon. 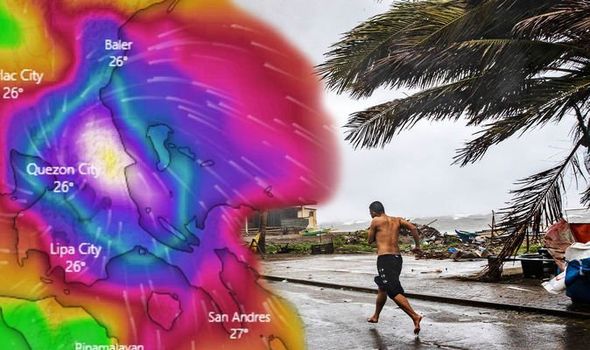 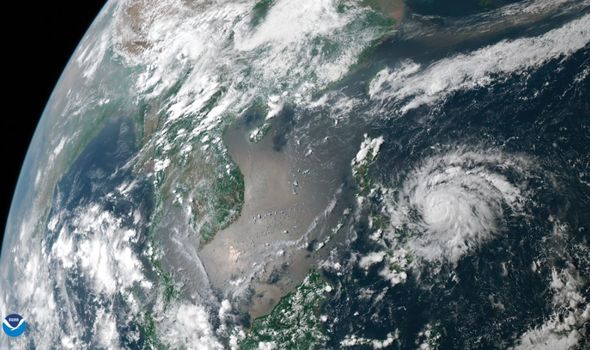 “It is revealing a tiny pinhole eye which often happens during the rapid intensification phase.

“The outflow ventilation pattern is healthy, open in all four quadrants.

“The deep-layer shear environment should remain low, therefore supporting further maintaining or even slight intensification of the system.” 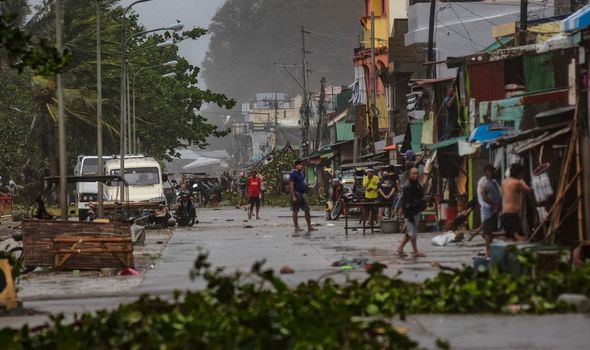 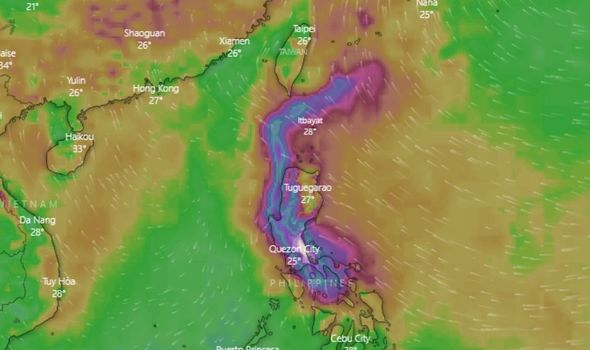 Where is Typhoon Ambo now?

According to the Joint Typhoon Warning Center (JTWC), Typhoon Ambo has now been downgraded from a typhoon to a tropical storm.

The storm has been tracking northwestward at a speed of approximately 13mph (11 knots) over the past six hours.

The storm currently has maximum sustained wind speeds of approximately 69mph (60 knots), with maximum gusts of some 86mph (75 knots).

Over the next 24 hours, JTWC forecast the system’s wind speeds will slightly weaken.

Like most of the world, the Philippines is currently under lockdown due to the coronavirus pandemic. 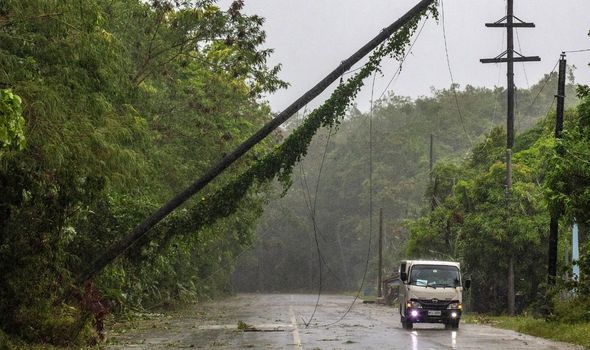 Along with worries for the direct impact of the typhoon, concerns have also been raised for the spread of coronavirus should emergency shelters become overcrowded.

Harry Roque, a spokesman for Filipino President Rodrigo Duterte, told The New York Times: “Definitely this is going to add to our emergency situation.

“While the areas expected to be hit by the typhoon are not heavily ravaged by COVID-19, we have set some guidelines.”

From Tuesday to Wednesday afternoon, Ambo strengthened from a tropical storm to a system with winds equivalent to a major hurricane.