GENEVA/MOSCOW (Reuters) – The United Nations warned on Friday that fighting in northwest Syria could “end in a bloodbath” and called again for a ceasefire, while Moscow denied reports of a mass flight of civilians from a Russian-led Syrian government offensive. 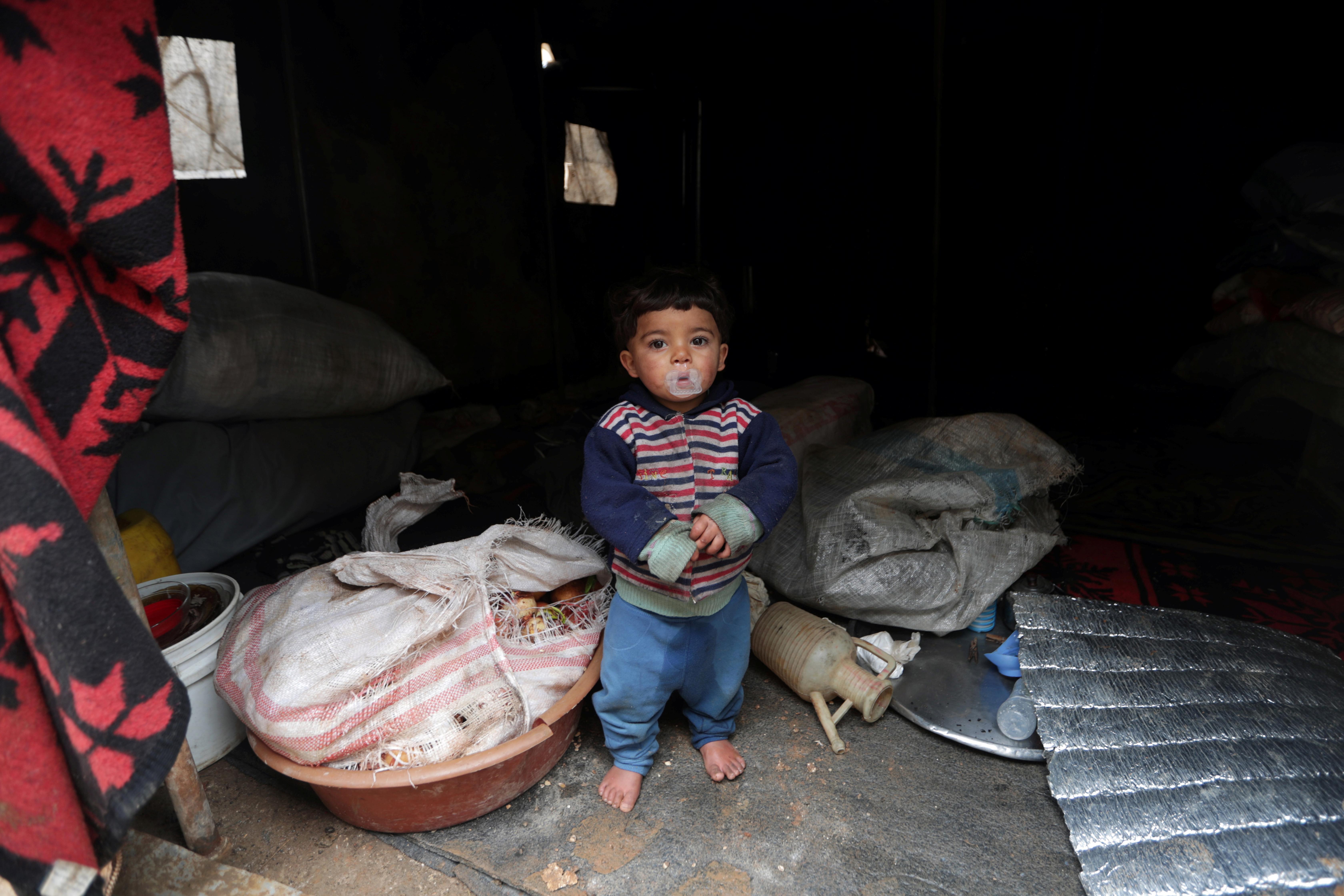 Syrian troops backed by Russian air power have been battling since December to eliminate the last rebel strongholds in the region in a war that has killed an estimated 400,000 Syrians, displaced millions more and left much of the country in ruins.

The latest offensive in the regions of Aleppo and Idlib has uprooted nearly 1 million people – most of them women and children – who have fled clashes to seek sanctuary further north, near the Turkish border.

The U.N.’s humanitarian agency OCHA said 60% of the 900,000 people trapped in a shrinking space after fleeing are children.

“We call for an immediate ceasefire to prevent further suffering and what we fear may end in a bloodbath,” OCHA spokesman Jens Laerke told a news briefing in Geneva.

“The front lines and relentless violence continue to move closer to these areas which are packed with displaced people, with bombardments increasingly affecting displacement sites and their vicinity.”

At a university building in the town of Azaz in northwest Syria, people fleeing Idlib have poured in every day to shelter from the violence and bitter cold.

Souad Saleh, 58, is staying in a room with her family and dozens of other people. “We want to go back home but we can’t. We left things behind because the warplanes were above us and houses were collapsing,” she said.

The escape was exhausting. “Everyone was crying,” the grandmother recalled, bursting into tears.

Hayat al-Fayad, 50, said her village in Idlib had emptied out since her family ran from the bombing some two weeks ago. “The entire village fled,” she said.

Other families are sleeping outside by roads and in olive groves, burning garbage to stay warm. Some children have died from the cold, while some families have at least reached tent camps for displaced people.

Turkey, which currently hosts 3.7 million Syrian refugees, has said it cannot handle a new influx and has warned that it will use military power to repel Syrian advances in Idlib and ease a humanitarian crisis.

Russia’s Defense Ministry said reports of hundreds of thousands of Syrians fleeing from Idlib towards the Turkish border – in an area where Turkish forces maintain forward observation posts – were false, urging Ankara to enable Idlib residents to enter other parts of Syria.

Turkey and Russia back opposing sides in Syria’s conflict, but have collaborated towards a political solution. Syrian President Bashar al-Assad’s onslaught in the northwest has upset this fragile cooperation, causing Ankara and Moscow to accuse each other of flouting de-escalation agreements in the region.

Turkish and Russian officials have failed to find a solution to the clashes in several rounds of talks, and a flare-up on the ground on Thursday which killed two Turkish soldiers brought the total Turkish fatalities in Idlib this month to 15 troops.

Turkish President Tayyip Erdogan emphasized the necessity to control Syrian government forces and to ease a humanitarian crisis in Syria’s Idlib region during a phone call with Russia’s Vladimir Putin.

Speaking to reporters earlier, Erdogan said the French and German leaders had proposed a four-way summit with Russia in Istanbul on March 5, but that Putin had not yet responded. He repeated that Turkey was not withdrawing its forces from Idlib.

Erdogan further said Turkey was continuing work to set up housing for Syrian migrants in a 30-35 km (19-22 mile) “safe zone” inside Syria along the border with Turkey.

Earlier on Friday, the Kremlin said it was discussing the possibility of holding the summit with Turkey, France and Germany mentioned by Erdogan. 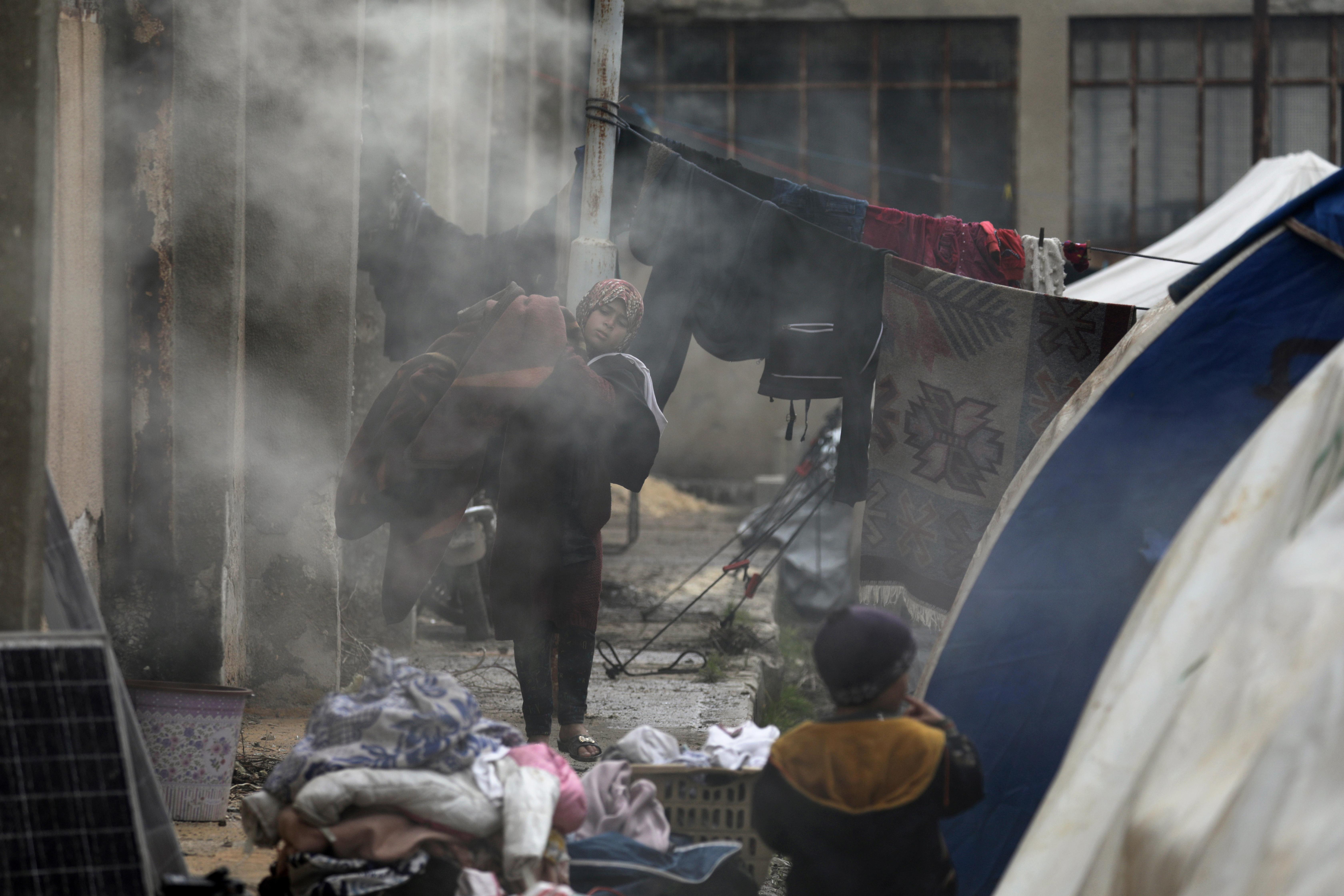 The German and French leaders called Putin on Thursday to voice alarm about the humanitarian situation.