WASHINGTON (Reuters) – A top U.S. health official told lawmakers on Friday to expect many more coronavirus cases in the United States, a source said, as the Trump administration faced mounting criticism for its response to the crisis. 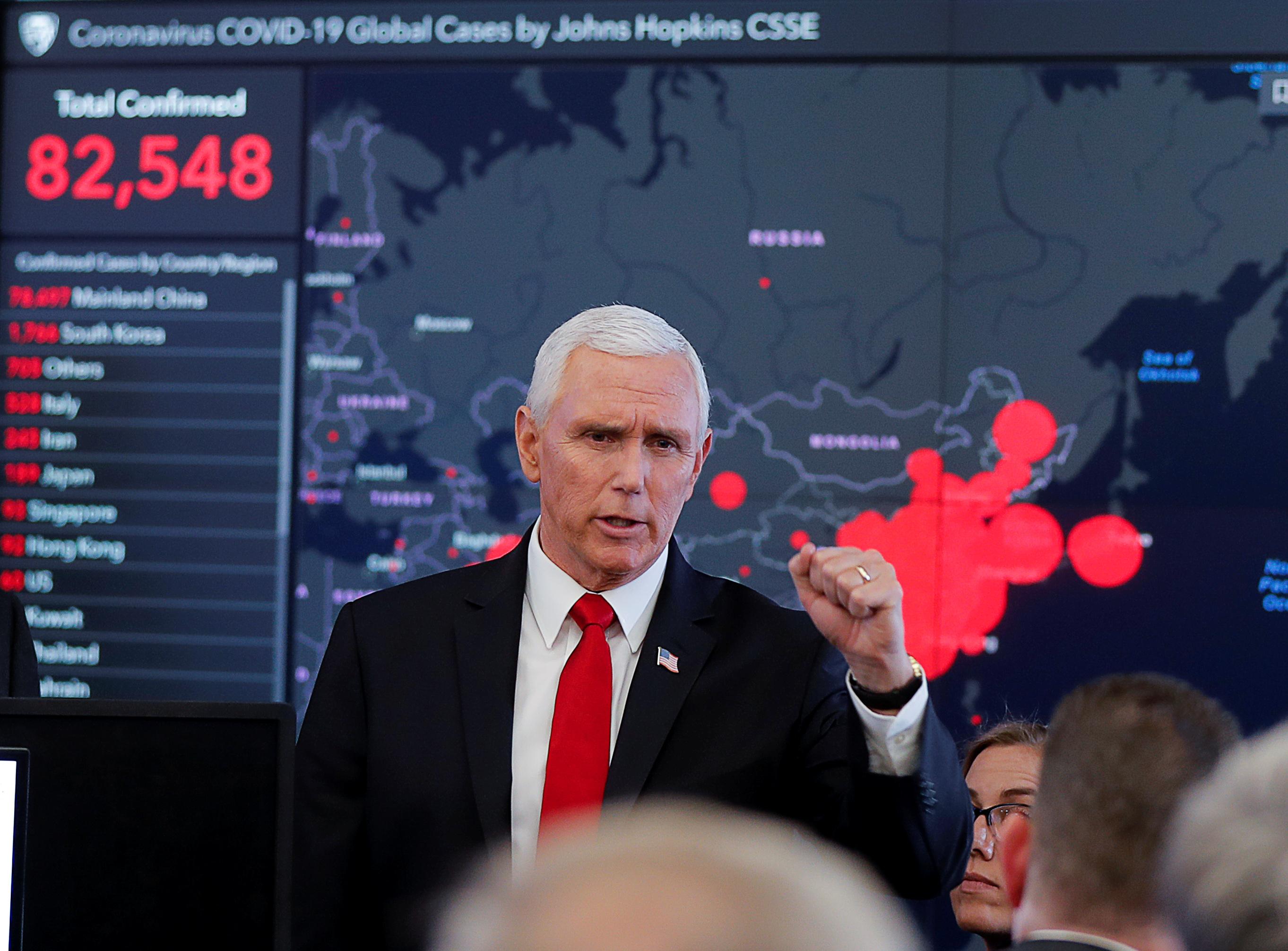 With additional countries reporting new infections and global stock markets on the precipice of a free fall, U.S. health officials have been scrambling to deal with the prospect of a widening outbreak of the flu-like illness domestically.

The number of confirmed U.S. cases is still relatively small at around 60, most of them repatriated American passengers from the Diamond Princess cruise ship docked in Japan.

But Anthony Fauci, the head of the National Institute of Allergy and Infectious Diseases, said in a closed-door briefing in the U.S. House of Representatives that the sustained spread of the coronavirus in so many countries meant there would many more infections in the United States, according to the source.

Fauci added that it was unlikely the virus would disappear next year and he warned lawmakers the country did not have enough testing resources, the source said on condition of anonymity.

U.S. Representative Donna Shalala, a Democrat and former Health and Human Services secretary, told CNN that officials in the briefing said the Trump administration was moving quickly to mobilize resources and get tests in place.

“It will spread. There’s no question about that. And we have the capacity to put people into the hospital, to put them in isolation if necessary. Many people will be isolated in their own homes,” Shalala said.

The outbreak started in China late last year and has since spread beyond the borders of the world’s second-largest economy. More countries, including Denmark and the Netherlands, reported their first cases on Friday and the World Health Organization said the outbreak could spread worldwide.

A vaccine may take up to 18 months to develop, health officials have said.

U.S. and global stocks plummeted as rattled investors braced for the prospect that a pandemic could further dent an already slowing world economy, increasing the pressure on governments to quickly respond to the crisis.

The S&P 500 .SPX index was down about 1.6% in afternoon trading after paring heavier losses earlier in the session. But it was still on track to notch its worst week since the 2008 global financial crisis. The Dow Jones Industrial Average .DJI fell 1.7%.

The White House’s top economic adviser, Larry Kudlow, told reporters the U.S. economy was “sound” and said the Trump administration was not planning to take any “precipitous” policy actions at this time.

James Bullard, the president of the St. Louis Federal Reserve, told a business group in Arkansas that interest rate cuts were “a possibility” if the outbreak intensified into a global pandemic. The Fed cut rates three times last year.

President Donald Trump this week said the risk of coronavirus risk to Americans remained “very low,” but he has been increasingly alarmed by the reaction of the U.S. stock market, which he considers a barometer of the economy’s health and sees as important to his re-election in November.

In tweets overnight, Trump said the coronavirus virus had spread “very slowly” to the United States and he defended his administration’s response.

Mick Mulvaney, the White House’s acting chief of staff, played down the crisis, telling conservatives at a conference in Washington that wall-to-wall news coverage of the disease is a ploy to hurt Trump.

“The reason you’re seeing so much attention to it today is that they think this is going to be what brings down the president. That’s what this is all about,” Mulvaney told the Conservative Political Action Conference.

Vice President Mike Pence, who was tapped this week to lead the nation’s coronavirus response, was due to meet with Florida’s governor to discuss the state’s virus-response efforts.

Funding to combat the crisis has become a political issue. The White House is seeking $2.5 billion from Congress to boost the government’s response. Senate Democratic Leader Chuck Schumer has called for $8.5 billion.

The U.S. Centers for Disease Control and Prevention has revised its criteria for who should be tested for the coronavirus and is shipping more test kits to states.

Quick confirmation of coronavirus cases is crucial to rapid response by local health authorities, and officials have previously reported that some test kits provided by CDC were producing inconclusive results.

“The kits that were sent to us have demonstrated performance issues and cannot be relied upon to provide an accurate result,” Avery Cohen, a spokeswoman for New York City Mayor Bill de Blasio, wrote in an email.

China, where the coronavirus started, has borne the brunt of the outbreak, recording nearly 80,000 infections and almost 2,800 deaths. Countries other than China now account for about three-quarters of new infections.

U.S. philanthropist Bill Gates said the coronavirus was starting to behave like a “once-in-a-century” pathogen, and he urged wealthy nations to help low and middle-income countries strengthen their health systems in hopes of slowing its spread.