SEOUL/WASHINGTON (Reuters) – The United States and South Korea postponed joint military drills on Thursday to limit the spread of coronavirus, as the number of infections inside China – the source of the outbreak – was for the first time overtaken by fresh cases elsewhere. 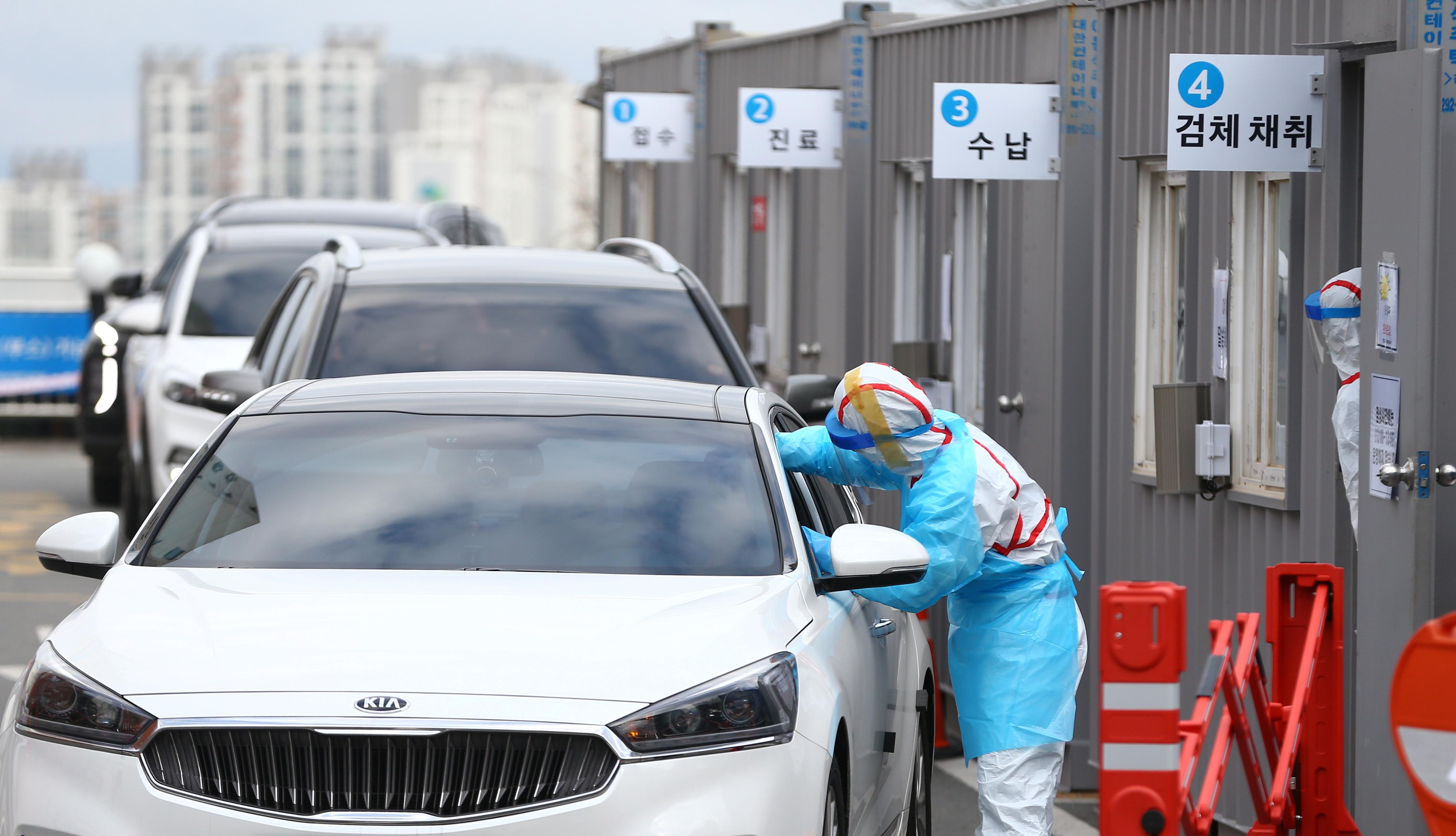 U.S. health authorities reported the first possible case of community transmission in the United States involving someone who had no relevant travel history or exposure to another known patient.

Asked by reporters whether he was considering restricting travel to and from South Korea, Italy and other countries where the number of infections have exploded in the last week, Trump said everything was on the table.

“At some point, depending on what happens, we may cut certain additional countries off, like we’ve had to do with China, and we hope we can open it up to China soon as possible,” Trump said in a live broadcast.

U.S. stock futures fell as far as 1% as he spoke while oil and Asian share markets slipped.

The U.S. State Department issued a new travel warning for South Korea after the U.S. military reported its first case of the coronavirus on Wednesday, in a 23-year-old soldier based near the South Korean city of Daegu.

The South Korean military has also reported a number of infections and confined most troops to their bases.

An upcoming “command post training” usually conducted by members of the two militaries’ Combined Forces Command will be postponed “until further notice”, according to a statement from the combined command.

South Korea reported another 334 new coronavirus cases on Thursday, pushing the total to 1,595, the most in any country other than China.

Chinese health authorities said the number of new deaths stood at 29 on Thursday, the lowest daily rate since Jan. 28. The virus that can lead to pneumonia has now killed a total of 2,744 people in the country, mostly in the central province of Hubei where it originated late last year.

It has infected about 80,000 people, the vast majority in China, and its rapid spread through countries such as Italy, Iran and South Korea has raised the risk of a pandemic.

As panic increased, Mexican authorities barred a cruise ship from docking at one of its ports over what the ship’s company said was a single case of common seasonal flu. The ship was eventually allowed to enter the Cozumel port.

Cruise ships have been in the spotlight after confirmed cases of the coronavirus on the British-registered Diamond Princess approached 700 with three deaths since the ship docked at a Japanese port on Feb. 3.

The United States is managing 59 cases so far – mostly Americans repatriated from the cruise ship in Japan.

Latin America’s first case was confirmed in a 61-year-old man in Sao Paulo, Brazil, who had recently visited Italy, a new front line in the global outbreak. The diagnosis coincided with the carnival holiday, a peak time for domestic travel. Brazil’s stock index fell over 7%.

Italy reported another 100 cases nationwide, taking the total in Europe’s biggest hotspot to more than 400, while the death toll rose to 12.

The outbreak is centered on Italy’s industrial heartlands of Lombardy and Veneto, and the government has closed schools and universities, shuttered cinemas and banned public events in an effort to prevent the spread of the highly infectious disease

A hotel in Tenerife in Spain’s Canary Islands remained locked down for a second day on Wednesday with more than 700 guests, over cases linked to Italy.

In France, a second person died – a teacher who had not visited any country with a known outbreak.

There have been nearly 50 deaths outside China, including 19 in Iran, according to a Reuters tally.

Iraq on Wednesday banned public gatherings and barred entry by travelers from Kuwait and Bahrain because of the spread of the new coronavirus. In Japan, Prime Minister Shinzo Abe called for sports and cultural events to be scrapped or curtailed for two weeks as concern mounted for the 2020 Tokyo Olympics.