The latest storm to hit the UK in February was named by the Spanish meteorological service on Thursday. With heavy rain expected to fall on already saturated ground, flooding is again expected in England and Wales.

There are Met Office yellow warnings for wind and rain in effect from Friday through until Sunday and the Environment Agency (EA) has issued its own warnings.

The River Severn at the Wharfage in Ironbridge has a severe flood warning because the flood barriers there have been compromised.

The EA issues severe flood warnings if there is a danger to life.

There are 79 flood warnings – meaning immediate action is required – in the UK and 121 flood alerts. 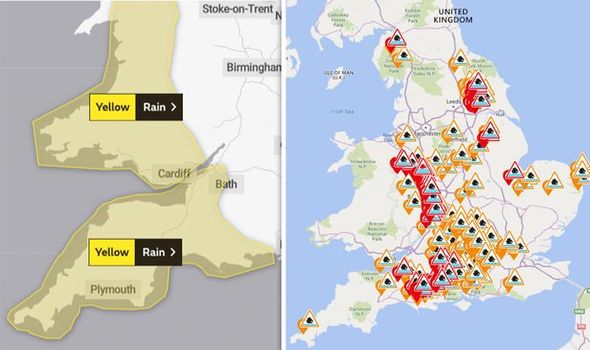 The EA’s five-day flood risk for England and Wales says: “New flooding from surface water and rivers is probable from Friday afternoon into Saturday for Wales and parts of the north, south-west and possibly south-east of England, due to further heavy rain.

“This is also possible again on Sunday and Monday in the north of England.

“Land, roads and some properties could flood and there could be travel disruption.

“Flooding from rivers then continues in parts of England and Wales, particularly along other parts of the River Severn and slower responding rivers such as the Rivers Ouse, Aire, Trent and Wye. 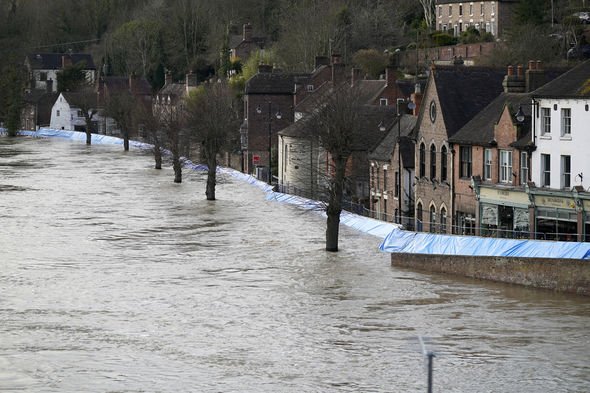 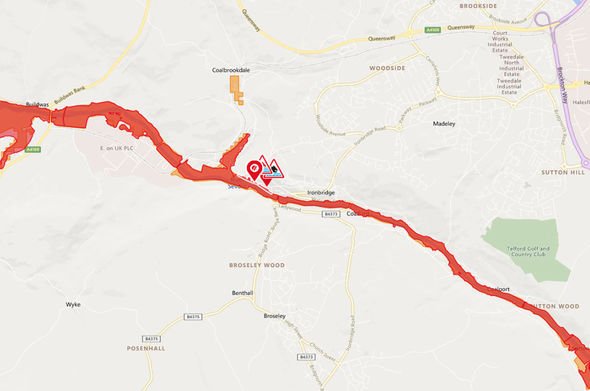 “Local groundwater flooding is expected to be ongoing over parts of the south of England for at least the next five days.

“Local coastal flooding impacts are also possible for parts of the south coasts of England and Wales on Saturday and Sunday due to gales and large waves.”

The area of low pressure will also batter Ireland, where the west coast will see wind gusts of up to 80mph, prompting Met Eireann to issue orange weather warnings. 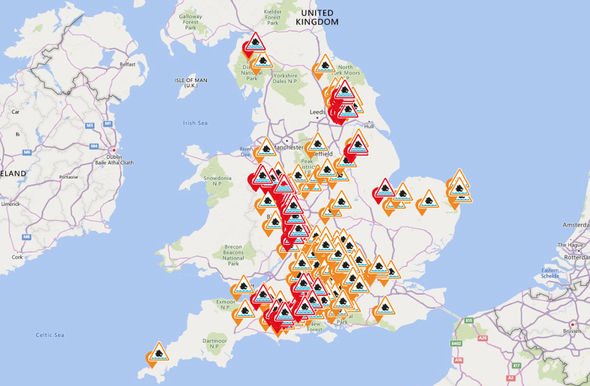 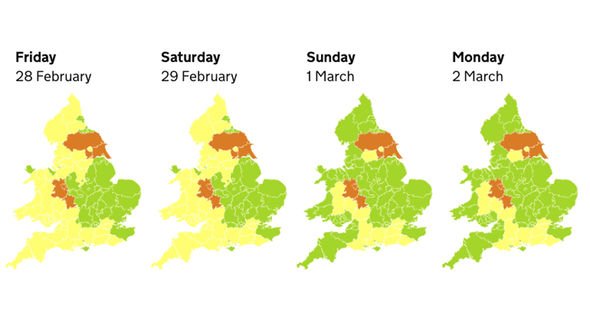 Storm Jorge is expected to cause four inches of rainfall in areas already affected by severe floods.

Rain will be heaviest in parts of Wales and northern England on Friday night and the Met Office has issued yellow weather warnings for those areas.

There are wind warnings in place for Northern Ireland, Wales, southern Scotland and most of England.

The Met Office said: “Heavy rain over south Wales on Friday and overnight into Saturday may lead to further disruption for recently flood-hit communities.”

After the rain warnings expire on Saturday morning, a yellow alert for wind will come into effect.

It will be in place until midday on Sunday with the Met Office warning that “a spell of strong winds is expected to move northeast across a large swathe of the UK through Saturday afternoon and Sunday morning”.

The alert reads: “Strong winds will move into south-western parts of the UK by Saturday afternoon, and steadily move north-east through the course of Saturday evening and overnight into Sunday morning.

“Gusts of 50-60 mph are likely quite widely, and especially in association with heavier showers across England and Wales during Saturday afternoon.

“More isolated gusts of 65-70 mph, particularly on coasts and other exposed areas, are probable.”